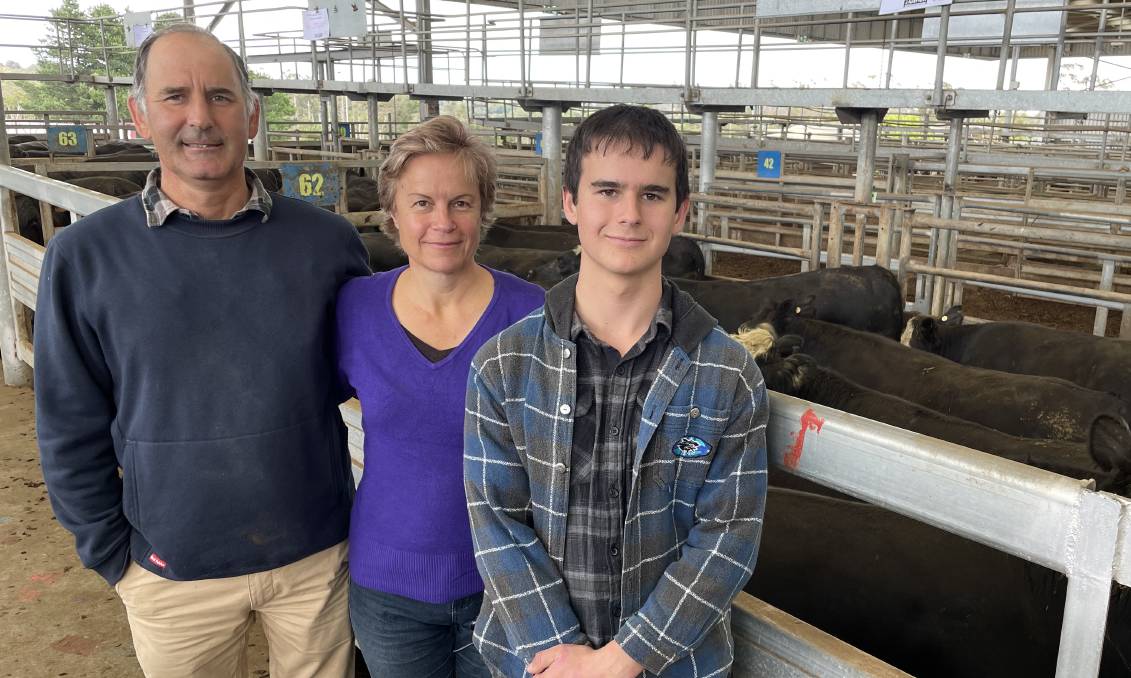 The extension of the La Nina into next year has provided additional optimism for restockers, with strong prices on smaller stock expected to continue well into the new year, says a leading market analyst.

"That is pretty tight, by historical standards, so this should provide price support throughout next year, I anticipate," Mr Dalgleish said.

"I think we are in for a season of price consolidation - so similar levels to what we have seen during 2021.

"The risk of a significant price softening is marginal

"Although we may see a slight bias to the downside into the second half of 2022, I don't think it will be more than five per cent declines across cattle types."

"Into 2023 I think there is the chance for some stronger price easing by about 10-15 pc, particularly if the La Nina has ended and we are staring down the barrel of a return to a dry pattern."

"It's very, very good for the breeders, [meanwhile] the fatteners are struggling at the moment, they won't have much return," he said.

"The margins are gone, in the short term, until the numbers pick up again.

"If it's dry in the autumn, prices might come back a little bit.

"They've gotta come back, because people can't sustain what they are paying."

While breeders were doing well, they had experienced hard times in the past.

"The abattoirs are keeping the prices up, because they are buying all the feedlot cattle.

"They can't buy any bigger cattle; I sold some for $3100 a head, and there's no margin - by the time you go back, you have two lots of cartage and yard dues, so there is nothing left."

Mr Hams said it would have been the 1980's since he had seen such prices.

"I can remember one day at Meeniyan we had 30 cows there we couldn't sell.

"Peter Dwyer (the former Landmark agent) rang the knackery and said 'Mr Jenkins we have 30 cows at Meeniyan for you, could you send a truck?

"Mr Jenkins turned around and said 'Mr Dwyer, you will send the cows to me'.

"That's how tough things were - I hope it never gets back to that again.

"I look at that and think how lucky we are today."

"We saw the first autumn-drop calves come forward and a lot of those 300 kilogram calves made up to 800 cents a kg," Mr Setches said.

"It's just got dearer from the start of the year, its just been creeping up - we have all been waiting for it to peak, but it keeps finding a new level."

Heavier steers had levelled out, but demand for lighter weights continued to take everyone by surprise

"If you are selling cattle at Oodnadatta (SA) or Pakenham, they are making the same money everywhere and it just shows the confidence in this cattle job."

He said there would be some big weaner sales in January,

'We have orders as long as your arm and we are just trying to fill them, so people are just going to have to get used to the new rates."

Cooler conditions meant the season would "hang on a fair bit more than it normally would."

Elders Yea livestock manager Jamie Quinlan said the latest store sale was strong, but because of a clash with markets in other parts of the state and SA prices eased a little.

"Prices were not any dearer, and in some parts were cheaper - we lacked heavier feedlot competition on 450kg cattle and above, which would have been 30-40 c/kg cheaper.

"That was simply down to the weight of numbers at Narracoorte and Mt Gambier (SA), Leongatha, Corryong and Bairnsdale, with a sheep sale at Ballarat."

Demand for cattle was still there, heading towards the weaner sales.

"I can see them holding very firm," he said.

Processors prioritised the feedlot kill during the COVID-19 restrictions.

"We have lucky, we have had such a good spring, a lot of these grass cattle have been able to be held onto.

"But, from all reports, the processors are getting back to normal."

The market had plateaued for a week or two, at several points during the year.

"It may have got a breath cheaper then it gets going again," he said.