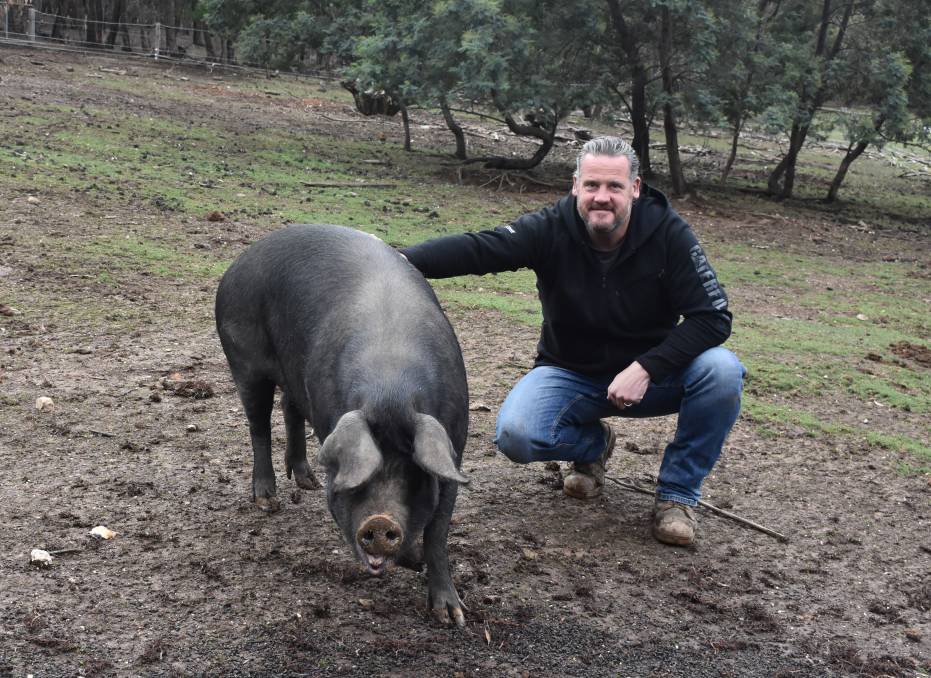 Small-scale abattoir push accelerates on back of JBS' plans for Rivalea.

But others have welcomed the intended $175 million purchase by the world's largest meat processor, saying it may lead to more exports of Australian pork.

If the deal goes through, it would mean JBS would control one-third of all Australia's pork production.

"We intend to grow the use of domestic pork in JBS Australia's operations, particularly within our Primo business, through further value-adding and processing, while unlocking new opportunities for Australian pork in international export markets," Mr Eastwood said.

Read more:JBS moves into pork in Australia in a big way

"It's more important than ever, for small scale abattoirs, to go ahead," Mr Glenwright said.

Small producers were a vital part of the food production system, as evidenced by the coronavirus pandemic, which resulted in restrictions on industrial-scale processing.

"You can still use people like Koallah, but that's at Lake Purumbete, three hours away," he said.

"it's completely unviable on an economic and environmental scale and means a lot more stress for the animals."

"I can't see why they would say they are not going to take our pigs, they need the throughput," Mr Kingma said.

"I look for the positives - JBS export a lot, and Australia doesn't do much of that."

"Most of the companies in that value adding sector don't use a lot of Australian pork," Mr Kingma said,

He said a lot of Victorian pigs were processed in South Australia.

Meanwhile, the Australian Food Sovereignty Alliance, which represents small-scale pig producers, is compiling a submission to the consumer watchdog, the Australian Competition and Consumer Commission.

AFSA president Tammi Jonas said she had several concerns about the proposed acquisition.

"How can anyone honestly think the world's biggest meat processor is going to care about the Australian pork industry?," Ms Jonas said.

"They have a fiduciary duty to shareholders to provide them with a profit.

"If that profit is more readily derived by processing imports for smallgoods - 70 per cent of Australian pork smallgoods are made with imported products - then that is what JBS will do."

She said members were also worried about the concentration of processing in the hands of a small number of companies.

"Diamond Valley has been excellent to deal with - they have been quite friendly to small producers in Victoria - but we have no reason to think JBS would be the same," she said.

"They will call the shots."

AFSA had been talking to Agriculture Minister Mary-Anne Thomas about the need for more small-scale abattoirs.

"She has been very supportive and receptive - but this move clearly makes it more urgent," she said.

"We are trying to offer the Victorian government solutions as to how to support small scale abattoirs in our state," Ms Jonas said.

"Rural industry is a scheduled use, in the farming zone, but abattoirs are excluded from that."

She suggested Victoria follow the lead of the UK, which had looser planning restrictions on small abattoirs processing less than 1000 head of stock a year.

"We are excited about acquiring Rivalea who have a strong team and track record of solid performance and innovation," Mr Eastwood said.

"We as JBS have a strong a track record in Australia of investing and growing the businesses we buy."

He said the company's investments in Primo, along with a range of beef, lamb and food businesses it had acquired, had resulted in a strengthening of those operations through new products for domestic and export markets

It had also meant the introduction of technology and innovation in production processes, training and skilling of people, employing more people and keeping jobs especially in regional communities.