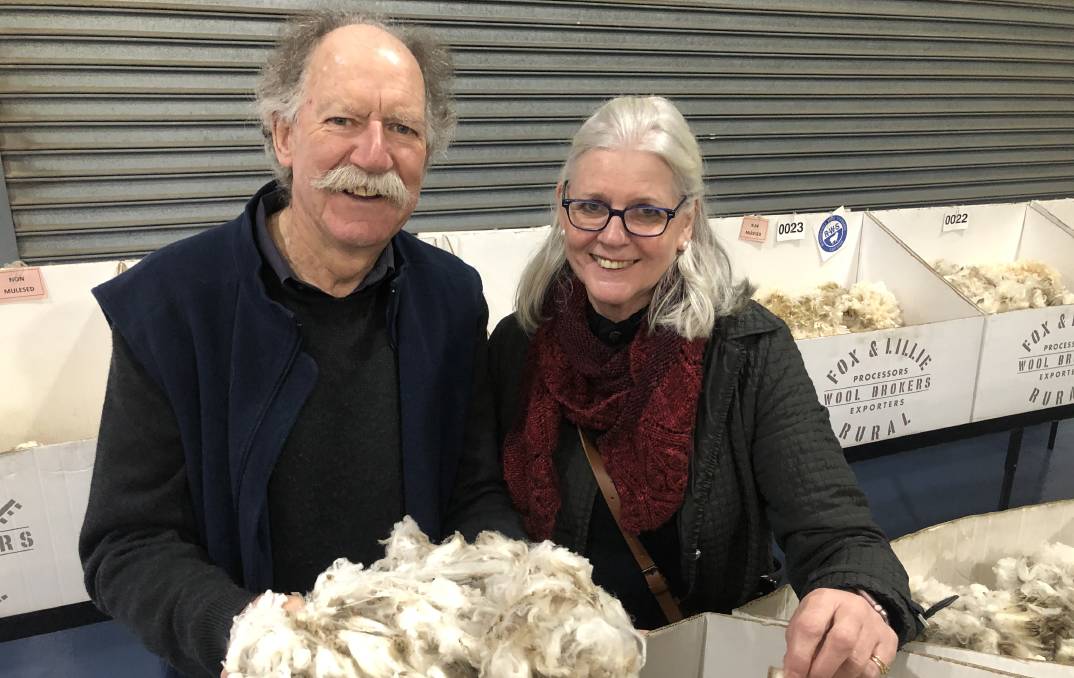 Bally Glunin Park had its status confirmed after an on-farm audit earlier this month.

A Victorian sheep producer has been recognised with the first SustainaWOOL Gold accreditation, marking a new tier in the wool industry standard.

Bally Glunin Park, Hamilton, had its status confirmed after an on-farm audit earlier this month.

The Gold accreditation is the pinnacle in the scheme and sits above the Green and Blue tiers, which represent different levels of quality assurance that includes animal welfare issues, environmental impacts and traceability.

Michael Blake, Bally Glunin Park, said the farm had been in the Green tier since it was introduced in February 2015.

"SustainaWOOL Gold was created to give an extra tier to the standard, allowing growers to link directly with processing partners and to demonstrate to those partners and the broader trade that participating growers had excelled in satisfying the requirement," he said.

Unlike the other tiers in the program, the Gold accreditation requires an annual on-farm audit.

The tier prohibits any form of breech modification, including the use of liquid nitrogen, and it is also mandatory to use pain relief at lamb marking for castration and tail docking.

"We started using Buccalgesic as pain relief at lamb marking in 2017 when it became commercialised."

Another part of the Gold accreditation involves traceability back to the farm.

Mr Blake said the use of electronic tags, which are stuck on the wool bale labels and track all parties along the production line, was essential.

He said he was continually looking for ways to ensure best practice and look after the environment.

"My father was a forward thinker and companies were always asking us to trial their products," he said.

"I have continued in the same way and we have now supported over 85 trials across a number of categories all in an honorary capacity."

Mr Blake said he became involved with formalised quality assurance programs, such as CattleCare, Flockcare, the GO MARK Company and Safety MAP, in the late 1990s.

"We currently operate under 10 QAs with external audits," he said.

"To me, quality assurance programs are marketable assets if you are prepared to make the effort."

He said the desktop audits for all SustainaWOOL tiers required the woolgrower to be in good standing across animal welfare, environmental planning, workplace health and safety, employment legislation, and traceability.

"A clear defined trail of good workmanship in the wool preparation is another requirement," he said.

"The vast majority of wool farmers that I know already do most of these things but haven't got them formalised under a quality assurance masthead, and this is basically why I am doing this story." Dr Swan said a total of 10 growers had been recognised with the Gold standard.

"Their practices in terms of on farm are unquestionably higher standards than most.

"What they do, we expect in five years time will become more of the mainstream.

"The Gold has a directional purpose too, we don't expect to have ever a huge amount of Gold members."

"Our gold members have a really important function to play," he said.

"They are the sorts of people that by their nature, want to make a contribution."

The farm sold their first Gold wool on May 11, with the top line making 2000 cents a kilogram.