Livestock loading ramps can be improved with minimum effort and money. 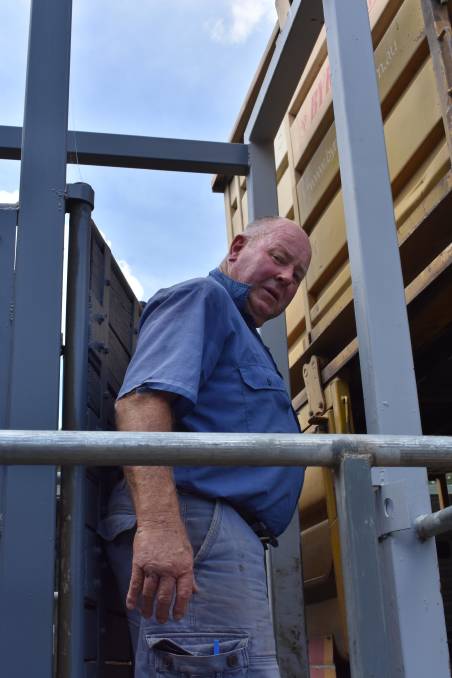 SAFE GATE: Romsey livestock transporter John Beer, demonstrates the simple safety solution, a gate at the top of the ramp, which helps separate stock and drivers.

Mr Beer said installation of gates, which should cost as little as $300, would go a long way to separating stock and drivers.

He said that could be done before more extensive safety upgrades were done to loading ramps.

He believed fitting a "slam-shut" gate in a forcing yard, or one at the top of the ramp, could be done with little effort.

"To fix up a fair percentage of the ramps is not hard," he said.

"They can bring them up to standard, without spending a lot of money.

Mr Beer said he'd recently been kicked in the hand - "it blew up like a football."

That was on top of many injuries, during his time carting livestock.

"I've had a broken shoulder blade, broken ribs and been carried by a bullock down a ramp," he said.

Mr Beer said he'd like to see all facilities comply with the first Australian Standard for Livestock loading/unloading ramps and forcing pens was released last November.

The standard is a guide to the safe design and use of loading ramps.

Mr Beer said there were still a lot of ramps being sold, which didn't meet the standard.

"They are cheap, so that's what farmers are buying," he said.

The ramp standard was all about separating animals and drivers.

"But we are still getting brand new facilities that are not being built to the standard," Mr Beer said.

"We are hoping WorkSafe will put a stop to that, in the future."

The only injuries that were reported were those where drivers "were carted off to hospital, because we keep working on, if we can."

Livestock transporters were afraid of reporting injuries, he said.

They feared they would not be employed to cart cattle from the property, yards or abattoirs where they were hurt.

"There is no data on all the stuff that goes on, in farms, abattoirs and yards," Mr Beer said.

"But if you want to have animal welfare you have to have driver and operator welfare - it goes hand in hand." 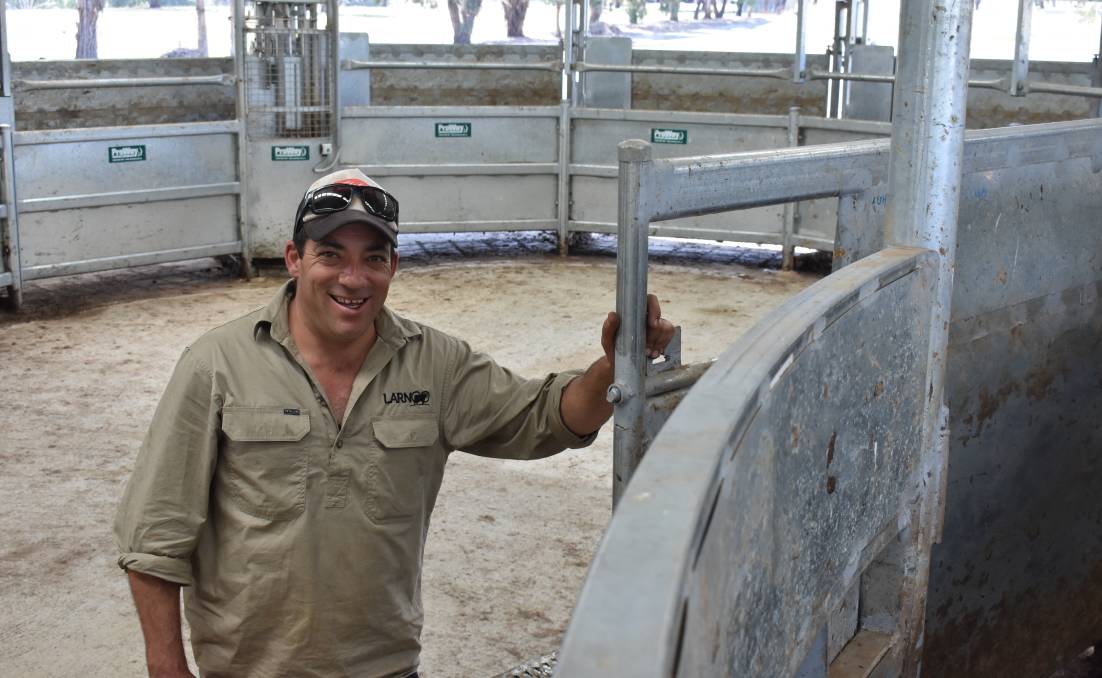 LarnOO, Ghin Ghin, farm manager Jarrod McKay said the property had installed new yards about nine months ago, after concerns about occupational health and safety as well as animal welfare.

"There was an old set of timber yards, which were pretty ordinary to work in," Mr McKay said.

They were deemed unsafe and inefficient by the LarnOO team, despite being able to hold a large number of cattle.

Mr McKay said the new yards were more efficient and cattle left the yards a lot happier than they used to.

After LarnOO bought an adjacent property, new fencing, laneways, irrigation and pumping infrastructure had been completed.

Mr McKay said that led to the installation of the new cattle handling facility, which was considered necessary to improve livestock management.

"The whole setup is much more efficient," he said.

A 2020 survey of Victorian livestock transport drivers and operators has found most fail to report injuries suffered as a result of using ramps and force pens.

It was based on the pre-existing Guide for Safe Design of Livestock Loading Ramps and Forcing Yards, he said.

Those who followed the guide would generally meet the standard.