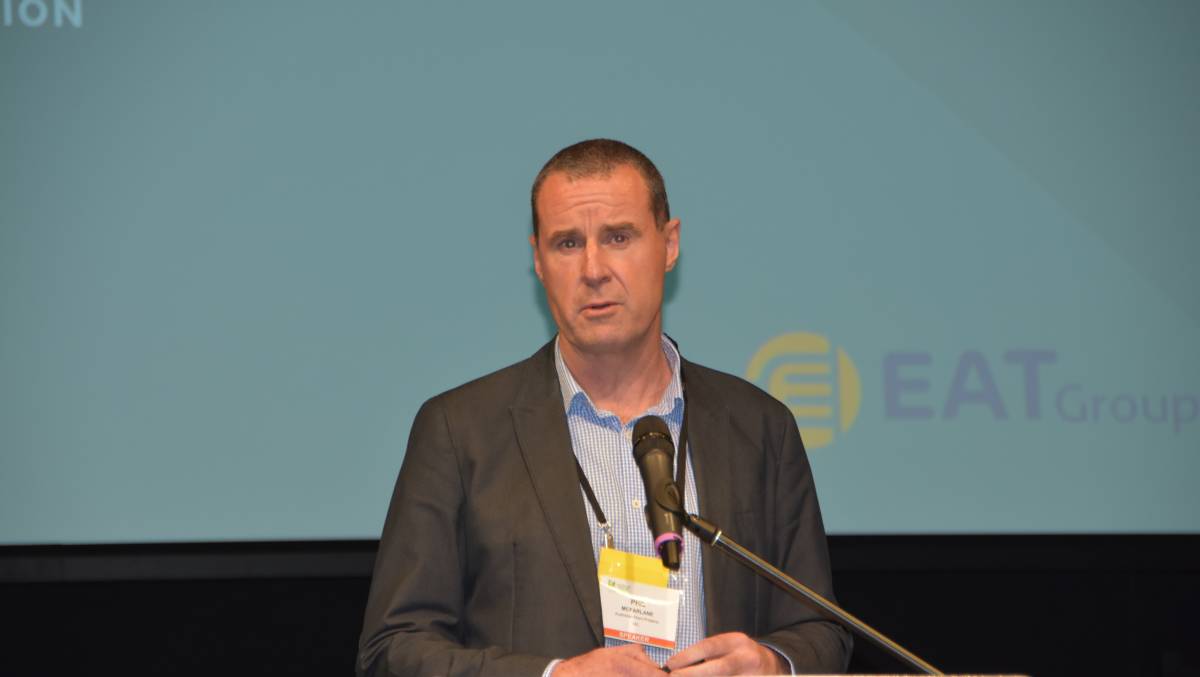 The demand for plant based protein is growing quicker than supply.

THE DEVELOPER of a processing plant extracting protein isolate from faba beans and lentils said the market for plant-based protein was growing at a rate of knots.

Phil McFarlane, Australian Plant Proteins principal, said the aim for his company was to get its Horsham plant operational as soon as possible to cash in on the demand for protein isolates.

"People are becoming increasingly aware of where their protein comes from and its environmental footprint and the water use per kilo of pulses is so much lower than for beef."

"The flexitarian diet, where people are consciously trying to cut down on meat consumption, fits in with well our model and we see it is as more than just a fad."

But the market is far greater than the general public may guess.

"Everyone in the food manufacturing sector, from soft drink manufacturers to the infant formula sector to bakers are after reliable sources of plant-based protein, so while the headlines are on veganism and its impact on the plant-based protein sector that is only one aspect of the markets we aim to service."

"The vegan market is certainly something that is growing but it is still relatively small."

He said APP had been in discussions with businesses with high profile brands making products such as protein bars, dairy substitutes, even pet food.

"There is a huge demand out there and it is going to continue to grow."

"These manufacturers are willing to pay a premium for a plant-based protein of a certain origin and provenance and that is where we fit in."

He said focusing on faba bean and lentils as sources of protein would give APP a point of difference.

"There's work being done with soybeans, with hemp, but the food companies are coming to us and telling us to give them something else, and faba beans and lentils fit this bill."

"When you consider there are something like 28 commercial varieties of lentils in Australia alone we've really only just scratched the surface."

"It is not something the Americans or Canadians have already developed the market for, getting started now we are in a great space in the growth curve - now we just need to move fast, get on our bike and start producing."

APP already has a quality advantage over North American rivals.

Mr McFarlane said most plant-based protein isolates produced in the US and Canada at present had protein levels around 55-60 per cent, but the APP product was much higher protein at around 85-90pc.

The initial APP focus will be on exporting to developed nations, including the US, Canada, Great Britain and France, with 95pc of its product to be exported but down the track Mr McFarlane said China would also present a chance to grow the business.

"The Chinese are coming in this field and coming fast so we just have to be ready when they are."