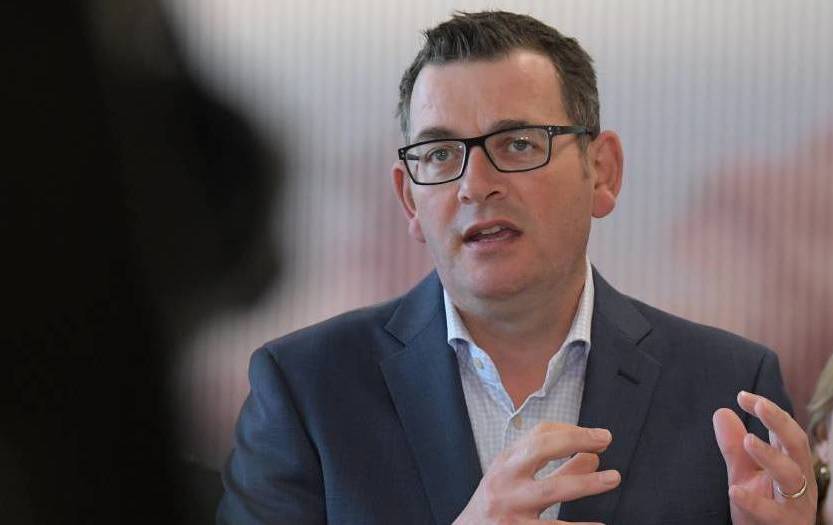 QUARANTINE NEED: Victorian Premier Daniel Andrews has described the plan for an Agricultural Visa, without sufficient quarantine places, as "a fantasy." File photo.

Victorian Premier Daniel Andrews has slammed the federal government's plans for an Agricultural Worker Visa, saying it's "fantasy", while there are insufficient quarantine facilities available.

But Mr Andrews said while the visa was welcome, it had not been raised at the national cabinet last week.

"So they (the Commonwealth) are going to issue visas to everybody and that's great, yes it's a Commonwealth responsibility," Mr Andrews said.

"Apparently we have to quarantine them all in some unlimited-capacity quarantine facility somewhere, it's a fantasy... this will always be limited by the number of quarantine spots we have."

Mr Andrews said instead of "playing games", the federal governent should work with is colleagues.

"This is not just about issuing visas, and handballing it to state governments who are apparently in charge of quarantine," he said.

"If you (the federal government) know of some unlimited quarantine facility somewhere, please let me know about it and we will be sure to use it.

"This sort of grandstanding achieves nothing, nothing at all - it's just words."

Indeed there are lots of questions. Most pressing of all where does the Minister propose these workers quarantine. All care and no responsibility I’m afraid #AgVisahttps://t.co/GCWul4K7aL

Mr Andrews said he had raised alternatives at National Cabinet over many months.

"I have said, on more than one occasion, there are a whole lot of Pacific Islands that, if only they had a slightly higher testing rate, would be green countries and we could have a bubble with them.

"They are orange, because community testing is not far enough along."

He said he also had suggested Australia set up testing clinics in some of those countries, to help.

The visa is expected to be in place no later than September 30, with the full implementation complete within three years.

The visa will be open to applicants from a range of countries and will be available to skilled, semi-skilled and unskilled workers.

It will include meat processing, fisheries and forestry sectors, and provide a basis for the ongoing growth of our primary industries.

"While our farmers and industries have gone about their work keeping Australians and the world fed and clothed, they have done so under workforce constraints," Mr Littleproud said.

"With the changes to the Working Holiday Maker program as a result of the UKFTA, the Nationals knew this was the time to get the agriculture visa across the line.

"This is a structural change to the agricultural workforce. It gives our farmers a confidence to plant a crop and know that they'll be able to get it into the supply chain."

But state opposition Agriculture spokesman Peter Walsh said there was no reason for Victoria to delay announcing its plan to get farm workers into the state.

"We're now more than a year into this crisis with the worker shortage again leaving our farmers with an uncertain future, but the government still doesn't have a plan to fix it.

"In 12 months, Labor's done little to assist our primary producers.

"Their 1500 workers won't make a dent when the labour requirement has now swollen to tens of thousands needed on-farm in the next six months - in horticulture alone."

He said Mr Andrews and his Agriculture Minister Mary-Anne Thomas had done nothing to secure workers to fix problems that were leaving grain growers, wool producers, meat processors, fruit and vegetable growers again at risk of losing an entire season's crops.