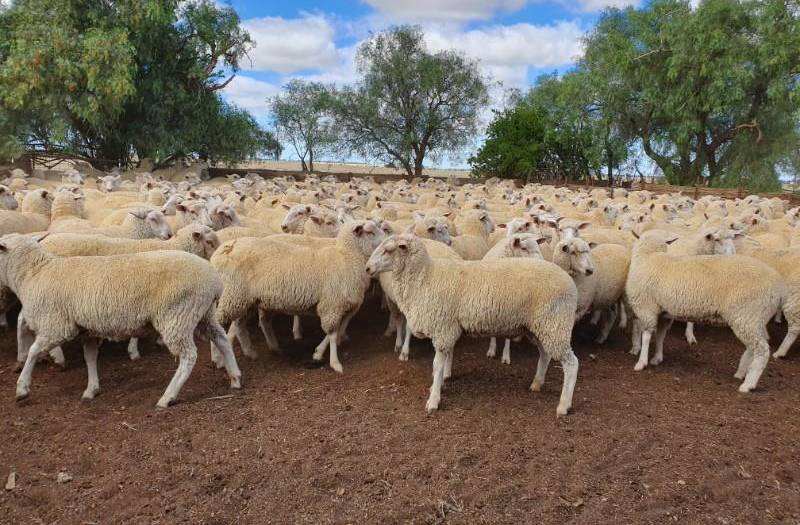 RECORD PEN: These ewes were sold for a record price at the Wycheproof Special Store sale.

Limited penning at Wycheproof reflective of low sheep numbers in the Mallee and Wimmera.

A Cope Cope sheep producer hit a new high with a pen of May 2020-drop ewe lambs at Friday's Wycheproof Special Store sale.

The O'Shannesy Brothers, Swanwater, recieved $390 a head for the November shorn NSM ewes.

They were bought by TB White and Sons, Ballarat.

"There are not the numbers of store stock around these parts, it's the lowest its been for some time," Mr Thompson said.

AuctionsPlus recorded a yarding of 6001 head for the sale.

"The limited number of sheep penned is an indication of the reduced amount of store sheep in the southern Mallee and northern Wimmera," Mr Thompson said.

Elders had not yet fixed a date for its autumn sale, due to the low numbers in the area.

"The sheep were in very good condition, most of them have come off stubbles and were in a very forward store, to prime, condition," he said.

"We were pretty happy with the cross-breds, but having said that there were SIL Merino ewes, which were very buyable."

There was now no excess feed, so croppers were keen to see sheep gone.

Wellington and Hay, NSW, bidders joined buyers from all over Victoria.