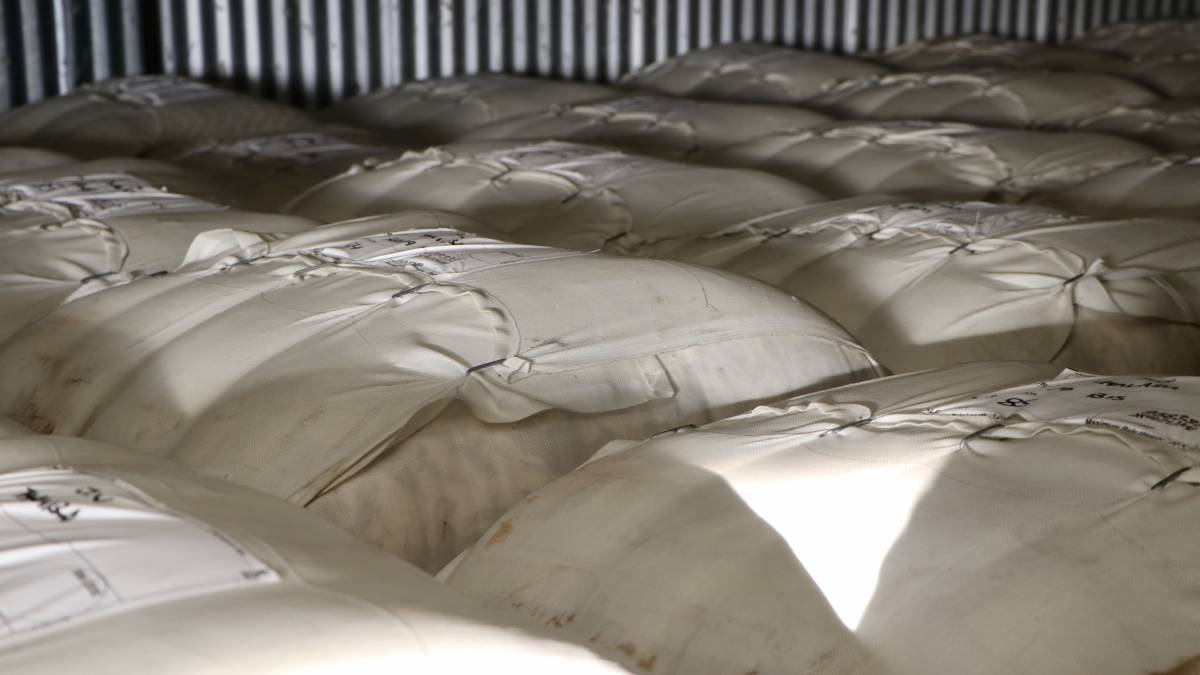 The Australian wool market ended the 2020 calendar year with a soft finish.

Despite strong demand in the Australian wool market due to orders being filled before the Christmas recess, the last sale for 2020 had resulted in a downwards turn across all micron categories.

The eastern market indicator lost 41 cents for the week to finish at 1157c per kilogram, clean, equating to a 3.4 per cent fall.

The national offering increased to 44,835 bales, which was 6430 more bales than the previous week, however the demand could not sustain the prices achieved the week prior.

Prices fell between 30 to 70c across all Merino fleece types and descriptions, pushing the Merino Price Guides (MPGs) across the country down between 10 and 70c.

Not surprisingly, the national pass-in rate climbed to 18.3 per cent, up 13.5pc on last week, as sellers weren't keen to accept the reduced prices on offer.

The oddments were the only sector of the market to record increases for the series, the smallest of losses in the North, combined with solid rises in the South and West, resulted in an average rise in the three Merino Carding Indicators (MC) of nearly 12c.

In the new year, three-day sales will be allowed to resume.

In the likely event that Melbourne requires three selling days, they will sell Tuesday, Wednesday and Thursday.

If requiring only two days, Sydney will sell Tuesday and Wednesday, whilst Fremantle will sell Wednesday and Thursday.

This is to avoid Melbourne selling in isolation on any day, following an extended recess.