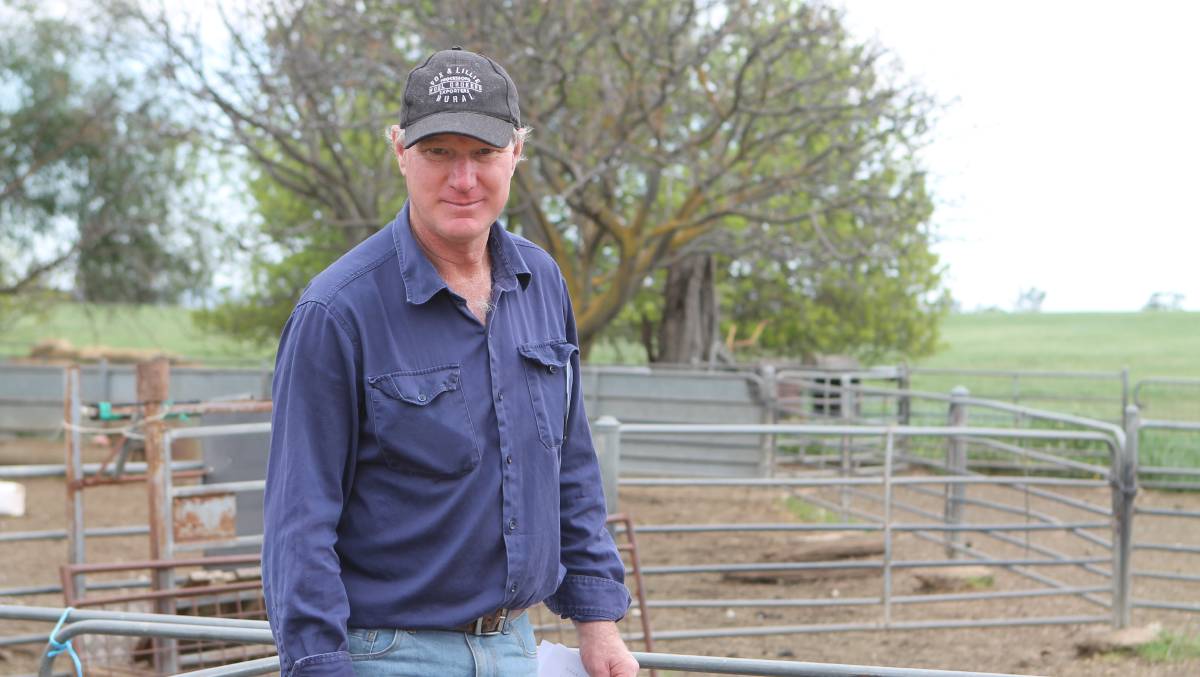 The shutdown of several abattoirs and meatpacking plants, due to coronavirus, came at a time when there was likely to be the least disruption to markets, according to one specialist agricultural consulting service.

Mecardo general manager Robert Herrmann said the processing industry was in "a bit of a hiatus" at the moment, because of the low throughput of livestock.

"If we are going to deal with this situation, there wouldn't be a better time of the year.

"If we were trying to deal with this in December or February, it would have had a really serious impact on farmers, about to put stock through."

Lamb slaughter was roughly on par compared with the same time last year, however lamb yardings have plummeted.

"Lamb yardings are down 33pc week-on-week and 38pc year-on-year with a lot more lambs coming through on contracts," he said.

Sheep slaughter, week-on-week was down 29pc and 45pc year-on-year, with all stock coming from markets.

He said the closure of works could not be positive, for prices.

"It means there is less competition, but it's not as big a problem, as if it had happened in four or five months time."

"There is some urgency to get on top of this, the spring lamb supply is reasonably close," Mr Herrmann said.

"We don't know exactly when they will start coming through, but, given the seasonal conditions we have had, those lambs on ewes would be more advanced now, than they have been in other years."

"They have milked well and produced a lot of lamb weight, so when the flush comes, we don't need those kinds of problems."

He said meatworks' capacity was designed to handle the peak flow of lambs, from October to January.

"If we can't get that capacity back on line, before the throughput ramps up, that's where the problem will hit."

Moving stock from Victoria to interstate abattoirs could add to the costs of production.

That would be further exacerbated by having to bring the meat that was produced back to the markets where it was sold.

"All of these problems add to the cost of the business," he said.

"That will transfer onto the price people are paying for cattle, sheep and lambs."

Midfield Meats, Warrnambool, workforce to be tested for coronavirus

JBS declines to give a timeframe on Brooklyn re-opening

"The impact in the US was relatively more widespread, and it crossed from beef, to pork," Mr Dalgleish said.

"It's having an impact on multispecies abattoirs now, and it's a bit of a worry that it's spreading like it is, at the moment.

"But it depends on how quickly they can trace and test inspectors."

If abattoirs remained closed, or more were affected, the lamb production would feel the most significant impact.

"If you look at the lambing regions, southern Victoria is the one that has the most significant increase, in lambing numbers, in spring.

"If the capacity is not going to be there, it's going to be a problem, but I think they should be okay, as it appears it's just a Victorian phenomenon. 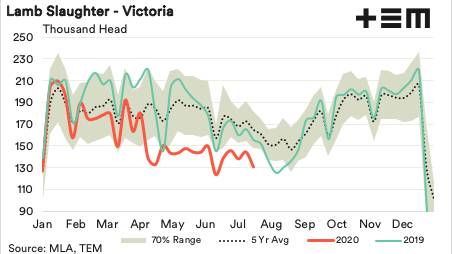 "There is also a border issue, with transporting stock to other states," he said.

"The authorities might need to consider streamlining the process for trucks with livestock on them."

JBS has redirected stock to Scone, NSW, and also stepped up production at Bordertown, in South Australia.

It voluntarily suspended exports from its Brooklyn plant to China, as a result of the increase in positive coronavirus cases at the plant.

"It's simply part and parcel of our commitment to quality assurance for all our clients - be they local or overseas - and the implementation of the highest food safety control measures," corporate affairs head John Berry said.

Mr Dalgleish said sheep and lamb numbers were easing, which could be related to exports, which were very responsive to global demand, and growth.

"It's dependent on how long this goes for; those normal price relationships are a little bit more volatile.

"Traditionally larger saleyards tend to return better prices, on average, to producers, so that may mean a change to the (sales) dynamics."

"You would hope there is a bit more home cooking, but they won't cook the same product at home," Mr Davies said.

He said he'd be weaning next month and looking for markets, in October.

"I am definitely hoping the abattoir system is up and operating," he said.

"We do have abattoirs all over the place, but we only need a couple of these big guys to close down, and it will put a dent in things."

He said there was uncertainty with the Chinese market, which had been taking mutton to replace pork after pigs were affected by African swine fever.

He said he expected to turn off 1200 lambs, while a neighbour, with a similar enterprise, had indicated he'd be putting 1400 into the market.

Mr Davies said while he was accredited for JBS, last year he went back through the markets.

"If the supply is out there, but there isn't the demand, it's going to knock the price around," he said.

"I was talking to another chap who said the buyers' representatives for the abattoirs were suggesting the price could get right back to $5," he said.

"They are alerting us to the fact the price might come a fair way back.'

Tim Leeming, Paradoo Prime, Pigeon Ponds, said he was reasonably confident the virus would be under control by the spring glut.

'This time of the year, a lot of works shut for maintenance, so I am not fazed at all," Mr Leeming said.

He said he felt the state government was doing the right thing.

"Hopefully we will get on top of it, and it will be set to go, in spring."

He said lamb marking contractors had told him April-May lambers had had good results,

"We had an early break, which only happens about every two years out of 10, early lambing last year was terrible."

Ron Rutledge, Elders, said it was a low point in the marketing cycle, processors must be on their guard to ensure facilities remained open.

"There are several indications there is a bit of a surge of suckers, from Forbes (NSW) and to the north," Mr Rutledge said.

"We will have to wait and see.

"It will depend on what spring provides, that will affect people's ability to turn off, earlier, or later, depending on spring rain."