COVID-19 is a community problem, not just confined to industry, says the head of AMIC. 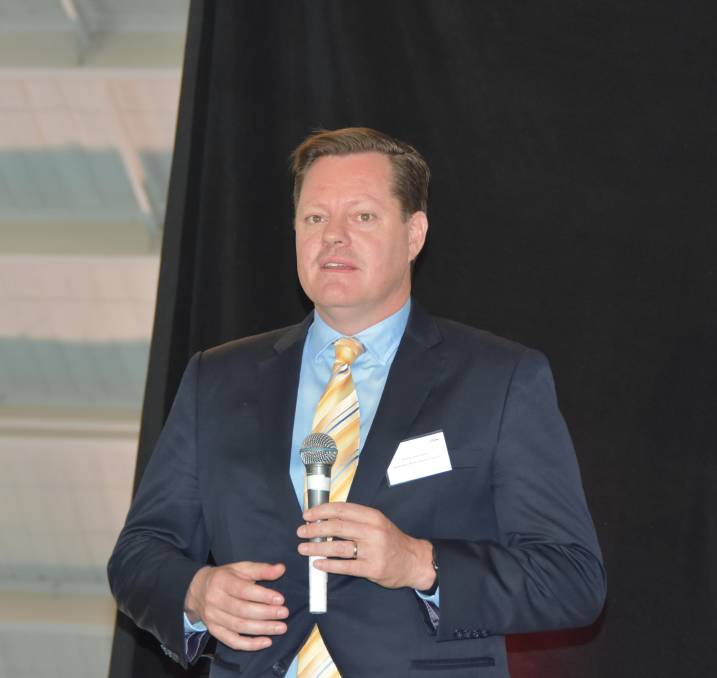 Polwarth Liberal MP Richard Riordan has called on the Department of Health and Human Services to inform the Colac community more quickly, about the outbreak.

The call came as DHHS data showed the ALC meatworks cluster has grown to 12 cases.

"There is no point having all the data sit on a laptop in Melbourne," Mr Riordan said.

"The Colac community has a right to know how many people have been diagnosed with COVID-19 and what the contact tracing regime will be.

"The largest employer and the largest school in our community had positive cases confirmed over 72 hours ago, and still no information has been forthcoming.

"World best practice dictates contact tracing needs to be done within 48 hours for it to be an effective virus control method."

Previously, Mr Riordan equated the outbreak to that at Cedar Meats, Brooklyn, where 111 people including 67 staff and 44 close contacts, were diagnosed with coronavirus.

ALC has instructed all workers to self-quarantine after an inspector tested positive on July 10, which has been followed by eight more positive tests.

It follows the shutdown of JBS' Brooklyn plant, earlier this month, and Cedar Meats, in April.

JBS declines to give a timeframe on Brooklyn re-opening

Concerns raised about a prolonged shutdown of JBS' Brooklyn plant

Cedar was shut down, shortly after third coronavirus discovery

But Australian Meat Industry Council chief executive Patrick Hutchinson said it was unfortunate the issue appeared to have been politicised, in comments about the response to the outbreak.

"It's pretty poor, at the moment, that we are having to talk about that, rather than looking at the overall issue," Mr Hutchinson said.

"There are thousands and thousands of people who work in the industry, in Victoria.

"First and foremost, our members are looking out for the safety of those individuals.

"I don't think we can click our fingers and expect better results."

He said there had been confirmed cases in two abattoirs and two meatpacking plants, in Victoria.

Mr Hutchinson called for an end to "political point-scoring.

"What is more appropriate, is for everybody to be really looking at the issue, at hand, and recognising this is a community virus, that's been brought into the processing facilities."

"What is the most appropriate way we can reduce the spread of this virus, so it doesn't have an impact on a range of different businesses, around Victoria.

As an industry, processors had been managing the virus as effectively as they possibly could.

"The facilities in question had been monitoring the coronavirus pandemic since late January.

"The red meat, and smallgoods industries, have invested tens of thousands of dollars in high level equipment, we have been leading the country, in terms of sanitisation and sterilisation, since late January."

He said authorities had learned from the outbreak at Cedar Meats, particularly in the case of early reporting.

"Now we are going through a second wave, we are seeing how that second wave is unfolding, it's impacting, not just on our industry, but many different industries, across Victoria."

ALC said its operation would be closed for a fortnight.

"Last Friday (July 17), we confirmed that an ALC contractor employed at our Colac processing facility was in self-isolation following a positive result from a COVID-19 test performed on Friday, July 10," the company said in a statement.

"All workers employed at the site have been instructed to quarantine, and we continue to work with health authorities to finalise testing.

"In line with a direction from the Victorian Department of Health and Human Services, we are now closing our operations for at least 14 days.

"We will continue to work with health authorities to ensure we take all necessary steps to reduce the risk of further transmission.

"We would like to thank Colac Area Health and the local community for their care and support, and we are keeping in close contact with our team at what is a difficult time for them and their families."

A spokeswoman said all aspects of its operations had been running continuously since then.

"Cedar Meats continues to follows the advice and directions of the Victorian Chief Health Officer," the spokeswoman said.

"Our focus remains providing a safe work environment for our staff. The safety and wellbeing of all people will always be our number one priority."