"Strong and effective" communication with farmers over JBS' shutdown. 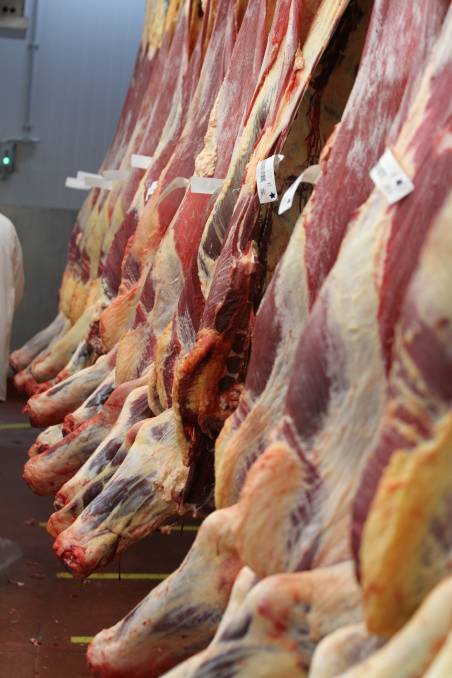 Victoria's biggest meat processor JBS' Brooklyn has declined to give a timeframe on re-opening, after shutting down when staff tested positive to coronavirus.

JBS Australia has reportedly voluntarily suspended exports to China from the company's Brooklyn beef and lamb plant after seven positive cases of COVID-19 were detected among staff in the past week.

The total number of cases linked to the plant has reached 21, with 33 connected to Somerville Retail Services in Tottenham.

A spokesman for the Department of Health and Human Services said the whole plant had shut down and all staff had been asked to undergo testing.

But Pacific Meats, Thomastown, has re-opened, although another person tested positive, bringing the number to two.

That employee was not thought to have contracted coronavirus at work.

"DHHS is working with these facilities to minimise risks of further infection, including deep cleans, contact tracing, and isolation of close contacts," the spokesman said.

JBS Australia head of corporate affairs John Berry said the processor had been notified of the first case on Saturday, and immediately met with the Department of Health and Human Services Victoria.

"We were proactive, in terms of our response to DHHS," Mr Berry said. "It has been handled in a very professional manner, between JBS and DHHS."

Mr Berry said the company continued to work with DHHS, in testing the entire workforce at JBS expense.

"We want to work through it methodically with VicHealth, to ensure the safety of our workforce," he said

"This will be ongoing - we are working through the processes and directives set by DHHS," Mr Berry said

He said there had been "strong and effective" communication with livestock suppliers.

"I believe what has been happening at Brooklyn, in the past couple of days, has demonstrated the robustness of those systems," Mr Berry said.

The 1100-strong JBS Australia Brooklyn workforce had been encouraged to seek testing after five workers were found to have coronavirus. The Brooklyn plant has a daily capacity of 1,400 head of cattle and 8,200 head of small stock.

Fears of red meat shortages on southern supermarket shelves have been played down by industry leaders, keen to avert another episode of panic buying.

Supermarket chain Coles said the closures were unlikely to have an impact on red meat supplies.

"A number of Victorian meat processors are experiencing temporary disruption to their operations following positive COVID cases among their workers," a Coles spokesman said.

"Where necessary, Coles has made alternative sourcing arrangements so we can continue to provide meat for our customers."

Pacific Meats is not an abattoir but breaks down carcases into specific portions, packaging beef, lamb, pork and veal for various brands.

Australia's red meat processing sector was an agile, flexible and highly professional industry, which was capable of providing all Australians with ongoing supplies of meat, she said.