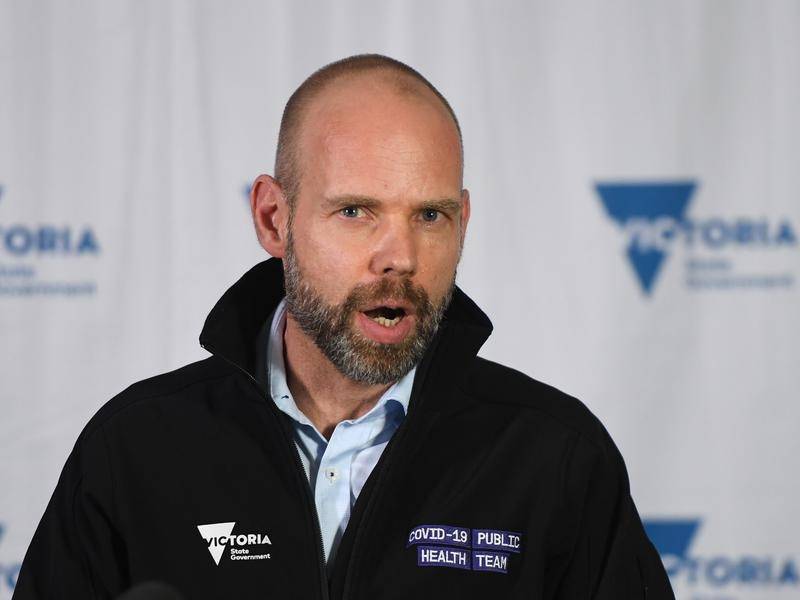 Victoria's COVID-19 Commander Jeroen Weimar says the next few weeks will be critical for the state's meat processors, as six positive cases were reported at sites across the state.

The most significant cluster is at Australian Lamb Company, Colac, which reported nine cases, although all were contracted in the community.

A spokesman for ALC said the company had shut the plant temporarily.

"Health authorities have confirmed there's 'no evidence so far of transmission at ALC's Colac site' and that 'positive cases in Colac' were due to community transmission," the ALC spokesman said.

"Although we have a small number of cases, the exposure of our workers to community transmission is of major concern.

"Consequently, in consultation with the Department of Health and Human Services and Barwon Health, we have moved to shutdown our facility to protect our workforce and limit the spread."

The shutdown would be used to continue to vaccinate workers.

"We expect to have 85 per cent of our workforce fully vaccinated by this Wednesday, October 6."

Mr Weimar said he was concerned about Colac.

"It's my job to be concerned and worried about the dynamics of the spread of coronavirus," Mr Weimar said.

But he said early access to vaccines and a high take-up of coronavirus jabs had meant there had been minimal outbreaks at abattoirs and processing plants.

"On the whole the meat industry has done a fantastic job in the last 12 months in tightening those COVID protocols," he said.

The cases at ALC had been contracted outside the plant.

"The next week or two will be very interesting, as we have seen with aged care, it will tell us whether the processes they have adopted are strong enough to stop Delta coming in," Mr Weimar said.

Mr Wiemar said workers would likely pick up coronavirus in the community and bring it to work.

"If we are not seeing that onward transition, in the next couple of weeks that will give us greater confidence to then look at alt ways of furloughing staff and simpler methods of the kinds of ways of how they can manage their staff better.

"It all comes down to the next couple of weeks.

Midfield Meats, Warrnambool, had also been declared a tier two-site, with one case reported.

All contacts had tested negative.

A company spokesperson said production had been affected due to the number of people having to test and isolated due to cases in the community.

Thomas Elder Markets analyst Matt Dalgleish said the closures could not come at a worse time for the Victorian spring flush of lambs.

"On average Victoria processes about 50 per cent of the nations lamb cull each year," Mr Dalgleish said.

"During October to December the volumes of lambs at Victorian sale yards swell to over 100,000 head per week, with many of these making their way to meat works."

As of last week, the Victorian lamb throughput levels were running below the average weekly pattern.

Victorian saleyards recorded 38,447 head for the week ending October 1, which is 23pc under the levels that could be expected according to the five-year average pattern.

"It's not uncommon to see average weekly lamb yardings of 65,000 head as we head through October in Victoria, and this number lifts to 80,000 head a week into November, then to more than 100,000 head into December.

"Sheep producers turning off lambs can't afford to see a processing backlog at this time of the season.

"Fingers crossed that the situation resolves quickly and the spread of COVID-19 is brought back under control swiftly as a lockdown to meat works at this time of the season will be a disaster for the whole supply chain."