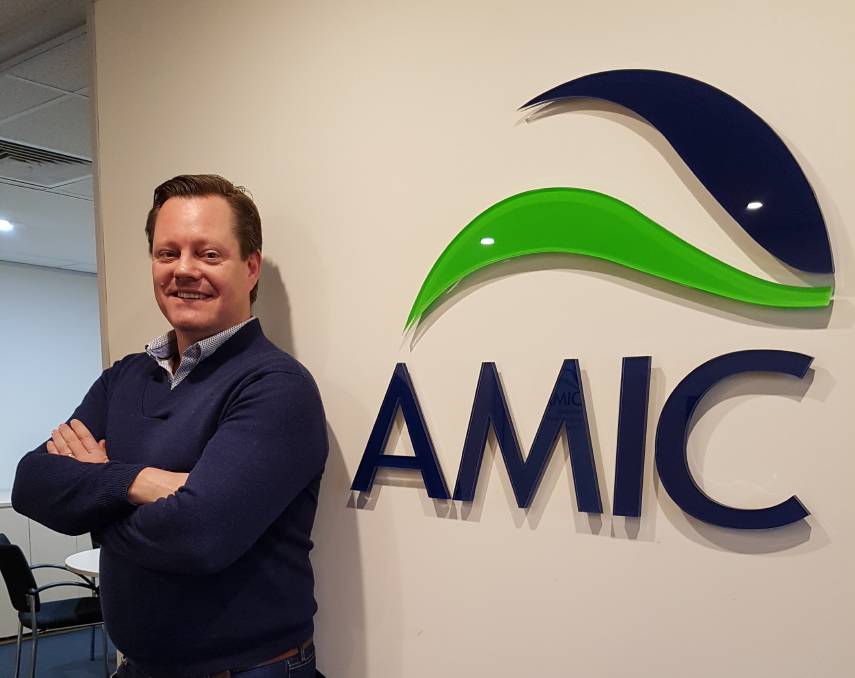 The Australian Meat Industry Council has again called on parliamentarians and bureaucrats to consult over current metropolitan meat and smallgoods processing workforce caps.

Last month, the government imposed a 20 per cent reduction in workforce capacity on processors.

The reduction is expected to weigh heaviest through peak periods in October and December.

The workforce reduction was based on peak onsite workforce, calculated over the three busiest months in the last year.

The busiest months for the sector usually usually between September and November.

AMIC chief executive Patrick Hutchinson said Mr Andrews had mandated vaccination for the construction industry, saying there were more cases in that sector than people in hospital with coronavirus.

"If the Department of Health and Human Services have industry statistics, are they able to provide the number of meat workers that have the virus, which has ensured we need these workforce caps?," Mr Hutchinson said.

"We have not been informed nor consulted on these statistics, nor have our vaccination rates been considered."

He said AMIC believed there were no sites that had any onsite cases.

"This would no doubt be due to 25 per cent of sites having more than 80pc of workforce fully vaccinated and almost 50pc having between 50-80pc fully vaccinated, according to AMIC member data.

"The same data ignored by Premier Andrews, DHHS and the Health Minister."

A Department of Health spokesperson said it had worked closely with the industry to put in place required public health actions that were consistent with the national plan.

"The roadmap indicates some easing of restrictions in all settings in Victoria, including meat works, at 70 per cent fully vaccinated," the spokesperson said.

"The plan is dependent on the ability of venues and employers to confirm the vaccination status of employees and patrons."

The roadmap reveals the 80 per cent limit will stay in place for about another month.

On October 26, the government plans to allow a density quotient of one person per four square metres, easing to one worker to two square metres on November 5.

Industry must also maintain COVIDSafe settings and what DHHS said were "additional obligations.

The department said the proposed settings were indicative only, and all future Chief Health Officer Directions changes would be made based on public health evidence.

"We are also seeking clarification on what the "further obligations" mean in the roadmap with regards to meat processing, will we as the peak industry body be consulted on these obligations?" Mr Hutchinson said.

AMIC had still not heard from DHHS, the Victorian Health Minister Martin Foley or the Premier's Department.

AMIC was also named after having been involved in and invited to a roundtable of "industry leaders" with Small Business Minister Jaala Pulford.

"In fact, AMIC was part of a group of 250 associations and individuals invited to a briefing by Department of Jobs, Precincts and Regions ," Mr Hutchinson said.

"This is not industry consultation."

AMIC's processing and manufacturing members in metropolitan Melbourne have reported they needed to spread their workforce up to a seven-day week, with tens of thousands of dollars being paid in penalty rates and the loss of large contracts due to not guarantee supply.

"They have said it all comes down to labour, if they can't be certain they have the labour, they can't forecast to meet the Christmas ham demand."

State opposition Agriculture spokesman Peter Walsh said every effort must be made to avoid the meat supply chain coming to a standstill.

"Victoria's 'roadmap' is full of potholes with no detail on what thresholds need to be met to make sure processors will have the workforce to keep up with Christmas demand," Mr Walsh said.

"Meat processors have invested millions of dollars in COVID Safe plans, additional PPE and staff training in COVID-safe practices because they know their livelihoods rely on avoiding an outbreak on the processing floor."

Sheep Producers Australia had also slammed the government's lack of consultation with industry.

On top of the workforce caps, a difficulty getting skilled workers in from interstate and overseas had already left processors about 3500 workers short.

"Meat processors need a way forward to make sure they can do their crucial work getting Victorian farmers' high-quality, clean, green products to supermarket shelves and onto Victorian's tables," Mr Walsh said.

"Daniel Andrews and Agriculture Minister Mary-Anne Thomas must pick up the phone and speak to the industry about what it needs to fix worsening agriculture workforce shortages."