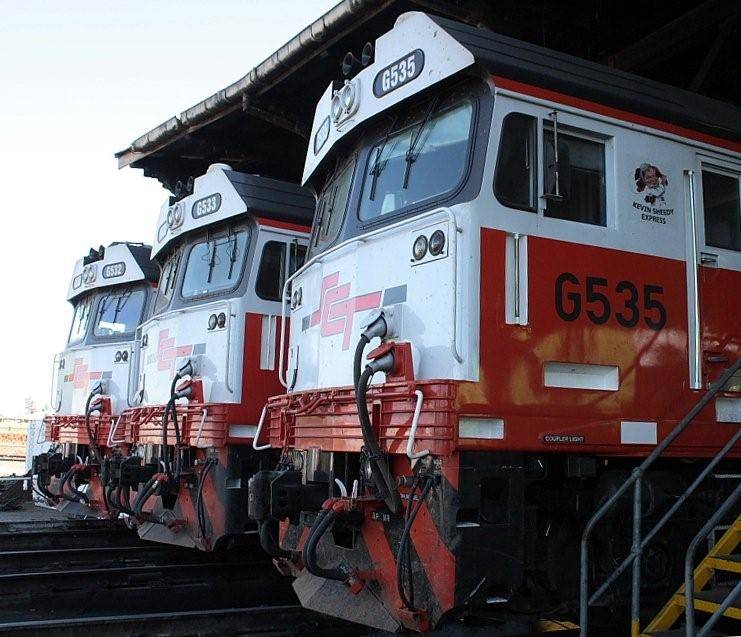 RAIL CONCERNS: The managing director of SCT Logistics, Geoff Smith, says the company is increasingly concerned about the impact of international coastal shipping on rail freight.

Australia's largest private rail freight operator has warned the sector is in danger of being "disadvantaged "out of existence, due to growing competition from foreign ships.

He said the federal government was forgoing around $50 million of track access revenue and $45m in wages, annually, by allowing increasing amounts of freight to be carried by sea.

"What we see is a shift from intermodal share into sea freight, and typically it's away from rail operators.

"We are competing against foreign shipping that doesn't have to operate in the same commercial environment we do in Australia.

"That's part of their journey, it's just petrol money for them."

He said the east-west traffic was an "anchor" route for SCT.

The company has a strong presence in Victoria, with its transhipment of grains and pulses from the Wimmera Intermodal Freight Terminal, at Dooen, to the Port of Melbourne,.

"There are a lot of things we do because east-west is an anchor for us," he said.

"In terms of rail freight the return volumes from west to east is deemed back-haul rail freight - without east-west volumes and returns, west-east will not be possible."

Loss of the east-west route would mean more freight would go on trucks.

"The Victorian government contributed $2 million to the project - this leveraged millions of dollars of private investment," Mr Smith said.

It also offered rail freight services to the Port of Melbourne and import and export container-handling.

Shipping container volumes had increased by 48 per cent since 2014, while SCT's dry freight volumes had dropped by eight pc.

"We didn't expect it to be quite as high as it was, it's not entirely surprising, but it's staggering," he said.

SCT had estimated the economic benefits generated by rail to the economy.

For every tonne hauled the benefit was estimated to be about $74, compared to sea single voyage permits, operated by foreign owners, of less than $1.

Mr Smith said it was unusual to allow international ships to compete in the domestic market.

"There is no benefit for Australia, except in forcing cheaper rates, to some companies who can capitalise on that,' he said.

"Charge them accordingly, or do what every other country around the world does, and say 'we are not going to allow that to happen.

"American policy is that no foreign shipping company can cart any of their domestic cargo, it's an absolute no-no."

Mr Smith went on to say only American build ships were allowed to carry domestic cargo.

He said both sides of politics had allowed cabotage ( the transport of goods or passengers between two places in the same country by a transport operator from another country).

When freight forwarders wanted goods moved quickly, they turned to rail, as international ships were not coming to Australia.

"In the long run, if rail doesn't exist, there will be no supply chain that can cover that post-Covid type second wave," Mr Eryurek said.

"It's a massive supply risk - there could be any number of things happen, whether its a pandemic, a war, or it's just politics."

He said the increasing consolidation of international shipping in the hands of a few companies, flagged out of a smaller number of countries, was also of concern.

"Can you imagine if there were only six shipping lines in the world, with the complete supply to China split between two foreign powers?," he said.

"They would be selling seats for $30 a ticket, and that would destroy Qantas and Virgin," he said

"The argument is identical."

A spokesman for federal Transport minister Michael McCormack said the government was committed to seeing more freight carried by rail.

"That is why we are investing more than $9 billion in the once-in-a-generation Inland Rail between Melbourne and Brisbane to complete the 'spine' of the National Freight Network," the spokesman said.

"Much of the licenced coastal trade is carrying bulk goods, including fuel and resources such as iron ore, coal or bauxite, at volumes that are most effectively carried by sea."

The National Freight and Supply Chain Strategy and associated National Action Plan recognised supply chains cross borders and moved freight using the best mode of transport for the task, be it ship, train, truck or plane.

"Foreign-flagged vessels operating domestic voyages must be licenced to do so," the spokesman said.