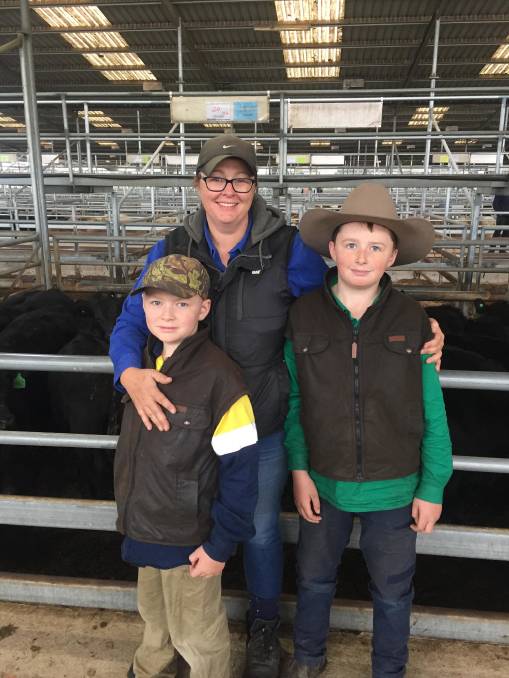 Prices were firmer at the Bairnsdale store cattle sale on a smaller yarding than a fortnight ago.

Restockers and feedlots compete for cattle at Bairnsdale

"I thought it was a very good yarding, the prices are making it very attractive to bring cattle out early," Mr Obst said.

"There were a lot of grass fatteners from south and west Gippsland and an increased interest from locals, looking to source cattle.

"People have sold a few head and are looking to replace them, they aren't buying big numbers, but there are getting a bit more active."

The MLA said quality had declined, with fewer well-bred lines, with secondary lots featuring through the sale.

Feedlots were noticeably absent, but processor demand played a role in competition.

One Wodonga feedlotter failed to make inroads, as prices were too high for him.

"I thought the sale was firm, and some of the better lines of steers and heifers were good," Mr Ogilvie said.

"Most were in forward store order and have come through the season, exceptionally well."

The MLA reported prices remained firm, compared with the last sale, with some isolated pens significantly exceeding the averages.