Agents yarded about 1500 cattle at Bairnsdale on Friday. 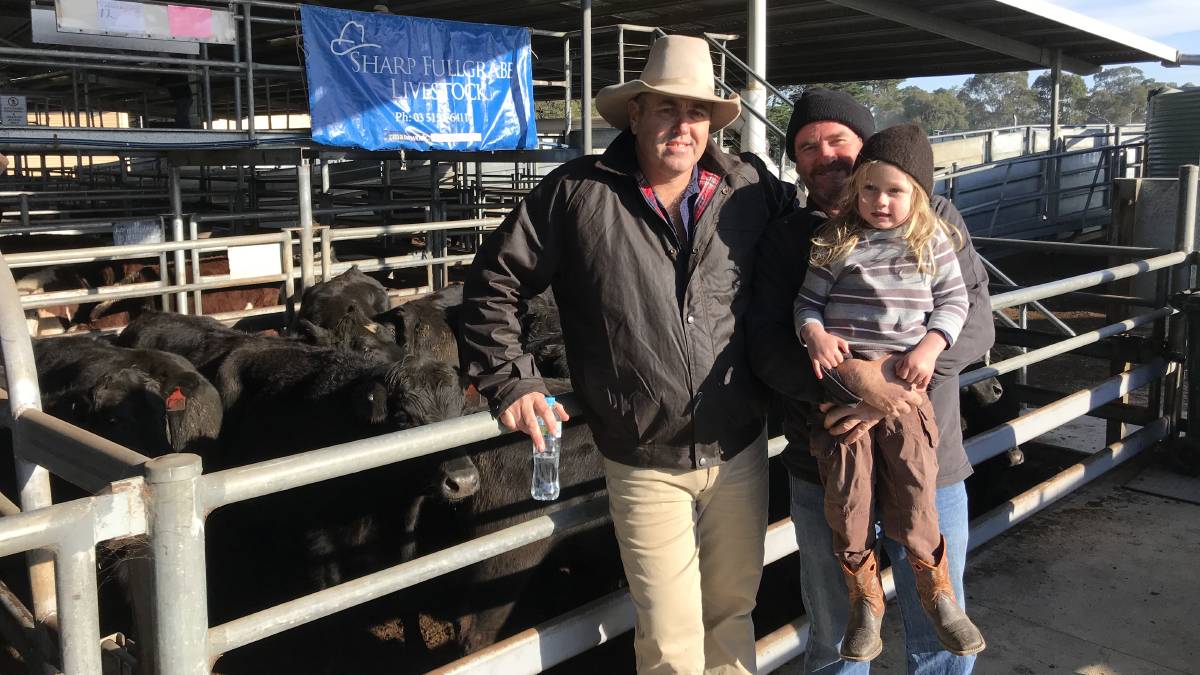 Prices remained firm at Bairnsdale on Friday with agents and producers from South and West Gippsland and feedlots active during the fortnightly store sale.

Local agents yarded 1540 cattle and said prices remained mostly firm across the board, however, some eases were reported on lines of older cattle.

"It's hard to say why the older cattle were a bit softer but we had good representation from people in mid and South Gippsland and the feedlotters were pretty strong," Mr Jones said.

"We noticed a small increase in local demand which was pleasing and the overall yarding wasn't too bad, it would have been consistent with previous sales."

A feature of the sale included 350 cattle from Nungatta Station, which is located on the Victorian-NSW border, and was burnt out during the January bushfires.

Selling agent Sharp Fullgrabe director Graeme Fullgrabe said the line, which included 170 heifers and 180 steers, was made up of Angus and Euro cattle which sold to $1730.

"The entire Nungatta property was completely destroyed in January and that included the old homestead and wool shed," Mr Fullgrabe said.

"But credit to the owners, Ben and Jane Campbell, who jumped on the tractor the day after the fire and were able to sub-seed the property and hold their cattle through until now.

"But with winter here they were unable to keep a lot of these cattle on so they decided to capitalise on the store prices and will forward another 240 next fortnight."

"It's staying dry here in East Gippsland which isn't ideal and we've had a lot of frost in the last week," Mr Davies said.

"A few of the older cattle were a bit cheaper at the start and that was due to one or two major buyers being absent."

Sponsored by
Producers outline the 'duplicitous' nature of vegan food piggybacking at senate inquiry
Test
The available data on Ivermectin is a dogs breakfast.
Test
COVID takes its toll on yet another beef industry event
Test
Reports of higher than normal levels of mouse activity have been coming in over the past two months.
Test
Victoria has recorded 535 new COVID-19 infections and one death.
Test
Heavy steers to $3020 at Ballarat.
Test
Omad's solid sale of "outstanding" rams.
Test
Riding on the back of strong return buyer activity, the Sohnic Merino sale achieved a good result.
Test