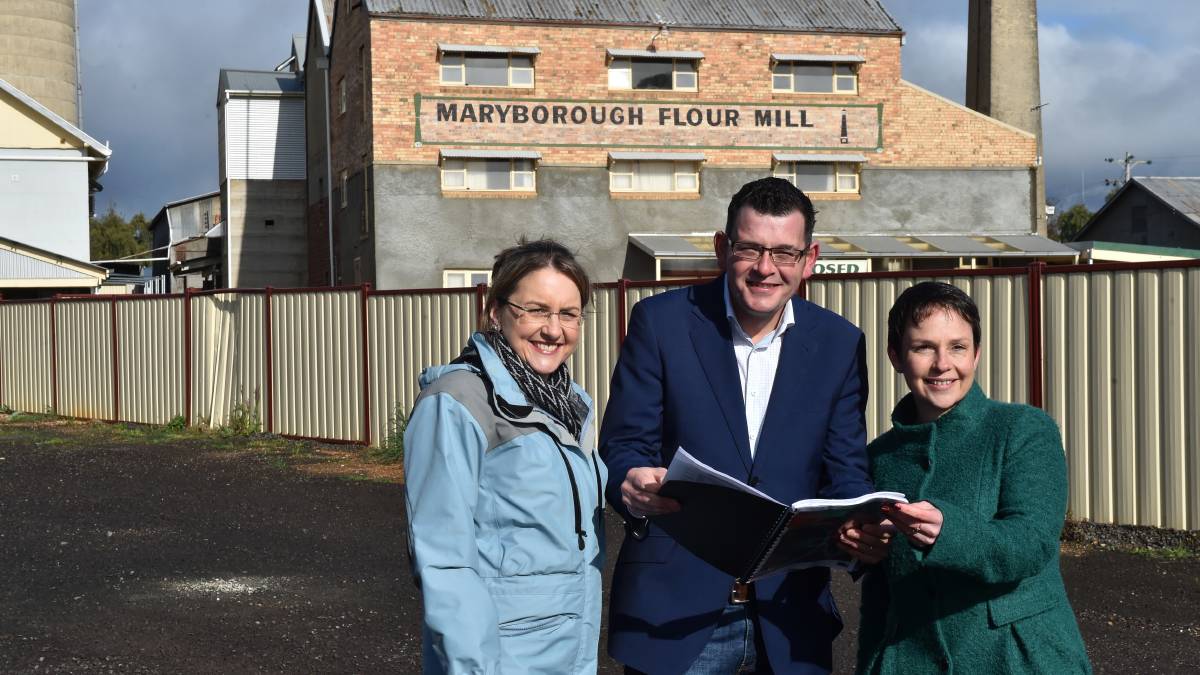 The Victorian government could submit a revised business case for the troubled Murray Basin Rail Project to its federal counterparts within weeks.

Stock & Land believes Rail Projects Victoria is only three to four weeks away from completing its appraisal of the business case, required before the commonwealth will consider further funding for the project.

The imminent completion of the review coincides with a damning Victorian Auditor General's Office report, which found the $440 million project upgrades were not yet improving rural freight outcomes in "a timely and cost-efficient way.

"Governance arrangements for the MBRP have been suboptimal, with different agencies responsible for different elements of the project over time," the auditor general found.

"This has led to patchy corporate memory for the planning and delivery of the project.

"It has also diffused senior officer accountability for project outcomes due to the many changes of key personnel since the project started."

The auditor general found that according to the original business case timelines, completion of stage two was now three years late.

It would require a considerable injection of new funds if its intended outcomes were to be fully realised.

"Works within undelivered stages include the standardisation of track from Dunolly to Manangatang and Sea Lake and dual-gauge track conversion from Gheringhap to Maryborough via Ballarat," the auditor general's report found.

"Achievement of the expected benefits from the MBRP will not occur without more funding to complete the expected and approved project scope.

"As a result, the economic analysis for the project in the original 2014 business case is no longer accurate and requires revision."

The auditor general's office identified what it said were "deficient project planning, cost estimation and scoping by the Department of Transport's (DoT) predecessor agencies."

The government asked Rail Projects Victoria to do due diligence on the original business case, to determine what was required to advance the project.

"At the time of this report, V/Line and DoT have delivered about half of the approved MBRP scope (stages one to four) using $381.5 million (86.7 per cent) of the originally approved budget up to stage four," the auditor general's report found.

"The government is reassessing delivery of the remaining stages of the MBRP."

When asked about the revised business case, Transport Infrastructure Minister Jacinta Allan declined to give a timeline on when it would go to the Commonwealth.

"The auditor general's report goes to the heart of matters that have been well canvassed, and the government has made a number of previous public statements about some of the issues and challenges, to do with the delivery of the MBRP," Ms Allan said.

She said the report also highlighted some of the progress the government had been able to make in delivering stages one and two.

"As a result of the work done to date, we are seeing more freight, moving more efficiently and more competition to the various ports in Victoria," she said.

"On a number of occasions previously, we have said we have been disappointed at the performance of the previous contractor, and the management of the project by V/Line

"That is why, some time ago, the project was moved across to be delivered by Rail Projects Victoria."

"Since the original business case was done in 2012-13, there's been a big uplift in passenger services," she said.

She acknowledged "challenging times", needed to be factored in when finding further funding to finish the project.

"We are still finalising the business case.

"That work is needed to be undertaken, and when it is finalised, it will be submitted to the Federal government for their consideration and discussion as to how we can fund further upgrades to the freight network.

"We need to finalise the business case; it will be done in the coming months.

"It will then go into the conversation about the budget and the staging of the works."

Ms Allan also refused to say whether or not funding would be included in the May state budget.

"We will consider that when the business case is finalised, we would like it finalised, as soon as possible."

He said the auditor general had also found responses to the federal government's request for information from the state government "were not always forthright, or timely" and there was no revised completion date, for the project.

Mr Walsh said the minister also refused to confirm the government was committed to providing the remaining funds to finish the Basin Rail upgrades in the upcoming budget.

"VAGO's findings confirm the worst for producers and stakeholders in north-west Victoria - Labor has no plan and no money to get the Basin Rail project back on track," Mr Walsh said.

"The minister's extraordinary attempt to smear the credibility of the Auditor-General in Parliament shows she will go to any lengths to avoid taking responsibility for botching this transformational project.

"If Jacinta Allan won't take responsibility and get on with providing a revised business case to the Commonwealth, she must immediately hand over responsibility to a minister who will."

Victorian Farmers Federation president President David Jochinke said he was concerned the project had been on hold since mid-2018.

"The MBRP is a once in a generation project to create a fit-for-purpose regional rail network in Victoria, and the current COVID-19 pandemic has exposed just how vital transport links are to our food supply," Mr Jochinke said.

"This is a nation-building project.

"At a time when our economy is in crisis, it is projects like this that are essential to our future prosperity."

He said the government should be thinking about bringing projects, such as the MBRP, online, to support the economy through bushfires and now coronavirus.

"We will come out of Novelcorona, and when we do, it's projects like this that we need to have ready to go."

Mr Jochinke said the project would reduce transport logistics costs for industries and primary producers and ensure the state's rail network could meet the future freight demands of our state.

"The Government estimated the MBRP would lift efficiency by 15 per cent and allow for an additional 500,000 tonnes of grain to be transported by rail each year," Mr Jochinke said.

"We want it finished.

"It will get freight off-road, reduce road damage and improve road safety as well as getting agricultural exports to port quicker and cheaper."

He said Melbourne was getting tens of billions of dollars in transport infrastructure upgrades and regional Victoria just wanted its fair share.

"This project is a no brainer," Mr Jochinke said.