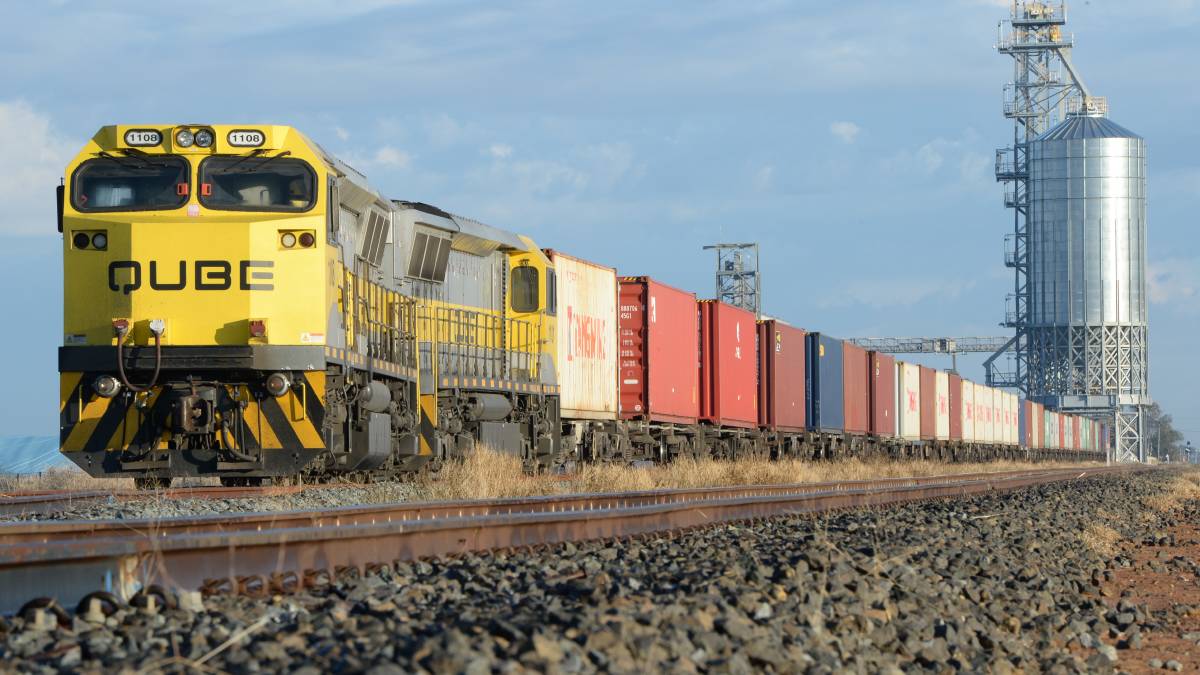 The troubled Murray Basin Rail Project is put under the microscope.

A Department of Transport spokesman confirmed claims, by a leading rail freight operator, that the government was carrying out an investigation into the whole project.

The review is expected to revist the original drivers of the project, for which an original business case was drawn up in 2012.

The review would then make recommendations on the way forward.

Sources said the review was being carried out by Rail Projects Victoria (part of the DoT) staff would do "due diligence" on the MBRP, to determine the most cost-effective outcomes of any future spending.

"The Murray Basin Rail Project is delivering better, more efficient freight services for Victoria and continues to be a key project for the Victorian and Australian governments," the DoT spokesman said.

"The project has already seen freight trains return to the Mildura and Murrayville to Ouyen lines with standard gauge access, and to the Maryborough to Ararat line, which has been reopened after 15 years."

"We know how vital this project is for our regional communities and the Victorian Government is working with the Federal Government to review the Murray Basin Rail Project business case, to jointly determine the best way forward."

No timeline was given for completion of the review.

"The suggestion has been it's not going to be finished, in terms of the initial design of the project, but they will be spending some more money on it," Qube's general manager Shaun Harris said.

"We're very disappointed as to where it has all ended up, and we're waiting with anticipation to see what the fix is."

The MBRP aims to standardise rail freight lines servicing the Murray Basin region and increase axle loadings on those lines from 19 to 21 tonnes.

The state government last year announced the remaining $23m, of the $440m federal and state money set aside for the project, would go on urgent repairs to the Manangatang line and a new business case.

Only half the MBRP had been completed, at the time.

The government put off plans to convert the Sea Lake and Manangatang lines to standard gauge after an inspection showed they were heavily degraded.

Qube was a major partner in the construction of the multi-million dollar Ultima intermodal rail terminal, Victoria's newest, which opened last year.

Hay from the area's farms is compressed and loaded into containers at the northern Victorian facility.

The containers, which also carry other products from the region, are then railed to the Port of Melbourne for export.

He said he hoped to expand this when more local products become available later in the summer.

Pentarch markets Australian oaten hay, cottonseed and other grain internationally and the new facility will generate millions of dollars in new exports to Japan, South Korea, Taiwan and China.

But Mr Harris said the failure to complete the MBRP had a massive impact on the company.

"We were supposed to be running trains on standard gauge, on some of our operations," Mr Harris said.

"We don't know where to invest our capital, do we invest in broad gauge or standard gauge?

"Everything is up in the air."

And Pickering Transport Group managing director Daryl Pickering said freight had continued to go by road, with Qube only running trains from the middle of last year.

"Qube could not run their train, as they were waiting for the standard gauge, which meant all the containers travelled by road, which is our traditional method of operation," Mr Pickering said.

"We purchased the applicable reach stacker (forklift) to load trains, and trained and assigned workers to use it in April 2018, but the first train didn't run until July 2019.

"The negative impact on us of Qube not running a train, due to the project failure, meant the large investment in equipment and provisioning of staff, and their training, became stalled until we could use them to load and unload a train."

He said the company's business development manager Justin Pickering had also spent many hours visiting customers to offer a train service as an alternative, or additional, solution.

"But then we had to keep stalling them that 'it's coming at some point.'," he said.

Qube are currently running three services a week into, and out of, Ultima.

Meanwhile, the state government has denied it promised to deliver a revised business case to the federal government by December.

A spokeswoman for Transport Infrastructure Minister Jacinta Allen said a business case would be handed to the federal authorities by early to mid-2020.

"The Murray Basin Rail Project has already delivered benefits for the Wimmera, with freight trains running on the upgraded Hopetoun line and transporting grains to key markets in New South Wales," the spokeswoman said.

"The Victorian and federal governments are assessing options on the Murray Basin lines and other rail maintenance works across Victoria's rail freight network."

"What it will mean is that further work on a project that was supposed to be completed at the end of 2018 will not start in 2020," Mr Mather said.

"In the interim, we are having primary producers paying more to get products out, more trucks on the road, a lack of productivity and great congestion, in Melbourne.

"Given the current state of the project, the RFA would have thought it should have been a priority, for the government to resolve this, as quickly as possible.

"The ball's definitely in the government's court; we are exceptionally disappointed."

Producers and freight stakeholders should be reaping the benefits of a more efficient freight rail network, but the government's botched delivery meant trains were actually taking longer getting product to port, Mr Walsh said.

"The minister owes Victorians an explanation on how she will clean up her mess, ensure the remaining stages are funded - in full - and get the Basin Rail Project back on track," Mr Walsh said.

A Victorian Auditor General's Office report on whether regional rail upgrades are improving rural freight outcomes in a timely and cost-efficient way is expected to be released in mid-March.

"This audit will examine whether the various regional rail upgrades underway are being effectively delivered according to approved time, cost, scope and quality expectations," the office said.

"It will also examine in more detail whether expected freight outcomes have been realised on the recently completed components of the Murray Basin Rail Project."