Demand was strong throughout the Casterton heifer penning with buyers carrying multiple orders. 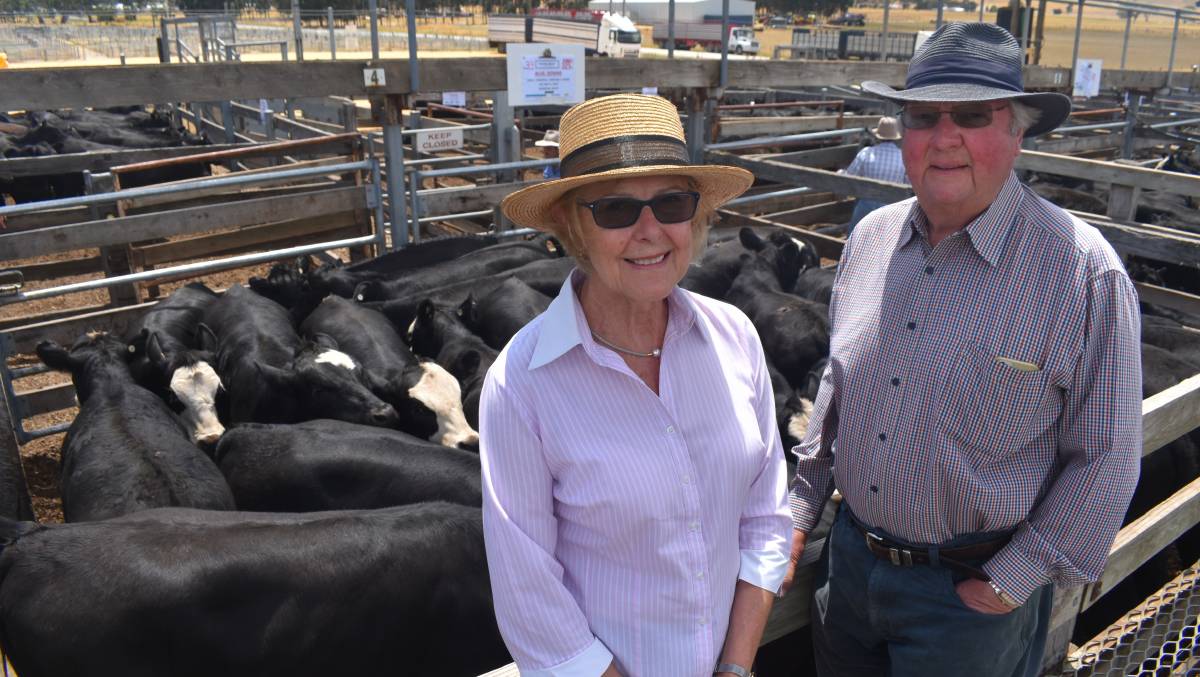 Handy orders for breeding-type heifers in particular drove a strong price trend at the Casterton all breeds heifer weaner sale on Thursday.

Agents Nutrien and Elders penned 2398 cattle and the quality did not disappoint.

It was not a large crowd but those that attended had orders to fill and cattle went to a wide area including south-east SA, Central West and New England of NSW as well as strength from local and Western District buyers.

Most vendors reported prices were $400 to $500 above last year's sale which was a similar increase on the previous year.

Nutrien livestock manager, Rick Smith, Casterton, said it was much larger penning than the previous year with a capacity yarding penned.

He said the strong store market had dragged the cattle in rather than being sent for export.

He said the quality of the yarding reflected the breeding of cattle in the district.

The sale was solid from the start with Angus with a little bit of weight and potential to be future breeders, making 680 cents a kilogram to 720c/kg dictated by local interest and one good northern order.

Once off the breeding types values rested around 650c/kg to 680c/kg all the way through.

He said weights of heifers were not any heavier, but quality was better, with the heavy end suitable to join for an autumn calving.

Three or four buyers had multiple orders and that put a floor in the market, he said.

The regular offering of Hereford and black baldy heifers account Glencairn sold too a top of 778c/kg for 10 at 202kg, while 36 Hereford/Angus-cross at 241kg made 754c/kg.