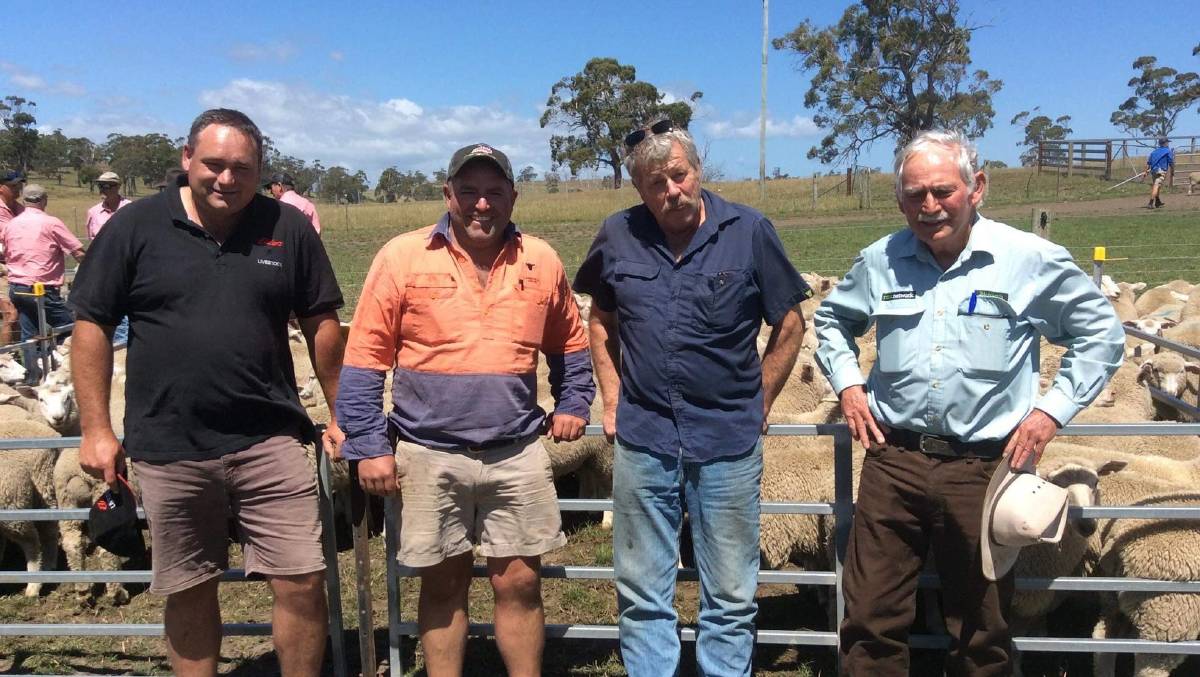 Concerns about the processing sector saw prices ease at the annual Tasmanian circuit sale on Friday.

A good selection of store lambs at the annual Tasmanian circuit sheep sale with buyer support mainly from repeat buyers.

Lambs headed to local buyers as well as a major buyer from Bendigo on the mainland.

There was strong support from an Elders Bendigo account that bought 682 lambs.

Mr Richards said the market was back on the 2021 sale with the Greenhythe draft averaging $111.

He said there was some nervousness among the industry given the situation in staffing in the processing sector.

Elders senior livestock agent, Greg Harris, said the sale was generally "back about $20 on last year on average for similar type lambs".

"it's just the whole turmoil with abattoirs and its gone a bit flat," he said.

There was all the normal local buyers along with around 2800 going to the mainland."

Mr Harris said the lambs were similar to the previous year with some a bit better.

The tops of Effingham's Romney/Border Leicester Merino cross lambs was $152.

The best of the Border/Leicester/Merino ewes, account Weedington, made $385 for 230 August/September 2020 drop, October shorn.