About 6500 sheep were sold at the feature sale on Thursday. 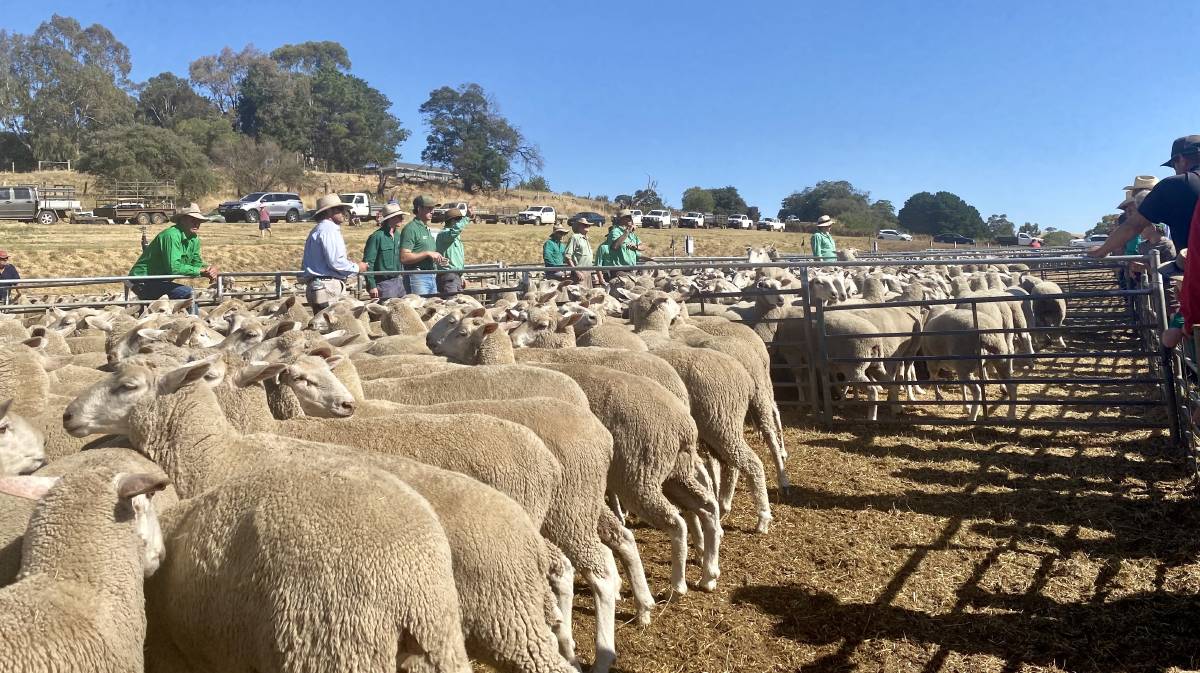 Some of the finest first-cross ewes were yarded at Casterton on Thursday during the town's annual summer store sheep sale where ewes sold to $420 a head.

About 6500 sheep were yarded for the feature market where buyers from across the local district, Hamilton and Horsham regions and south-east South Australia underpinned the sale.

Overall quality improved compared to previous years, according to agents at the Nutrien Casterton sale, despite the region only receiving between 20-25 millimetres of rain since the start of November.

Ninety per cent of the ewe yarding was aged 18 months or younger.

Nutrien Casterton livestock manager Greg Bright said the quality of the sheep sold at the sale was quite impressive.

"Those first-cross ewes were among the best we've seen here in a long time, especially along the front in the first few pens," He said.

"We've made a concerted effort to purchase better types of lambs to target this sale.

"That reflected in the line up of sheep because the better sheep sold very well, yet when you got off those, it became tight enough, especially for non-joinable ewes or ewes that had to be fed for longer before joining."

JS & EM Staude sold the dearest pen of first-cross ewes with 150 ewes going under the hammer for $420.

"Seasonal conditions were alright until the start of November," Mr Bright said.

"We're in desperate need for some rain and it would certainly help summer crops."