Ewe lambs the star of the Kyneton first-cross sale. 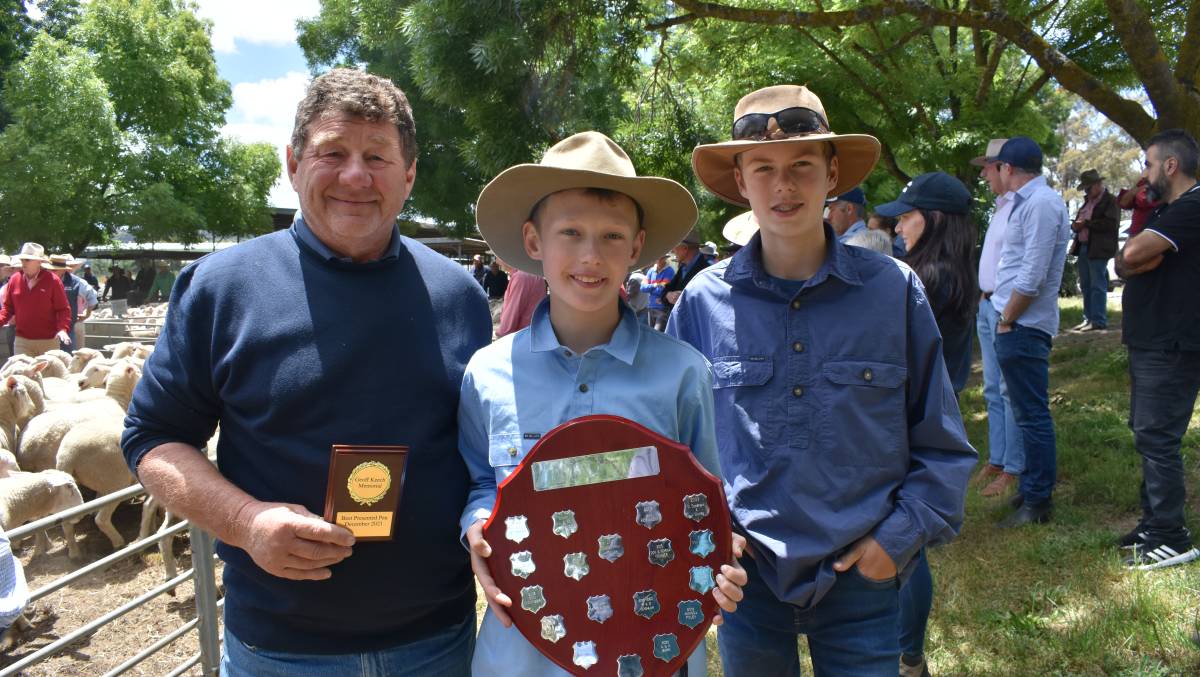 Agents have rated Kyneton's annual first-cross ewe sale a success, with ewe lambs the start of the sale.

"We didn't have any huge, big, heavy sheep, but we had some really nice ewes," Mr Coxon said.

"It was hard work, but we got there.

The saleyard yarded 5800 head of sheep, largely from the local area.

A highlight was ewe lamb sales which reached $425.

"The ewe lambs were the star," Mr Coxon said.

He said sheep lacked bloom, given the cold, wet winter.

"People are shying away a little bit from the real big sheep, they want good, medium-framed sheep," Mr McGrath said.

"The opening pens were very good buying on recent sales, and the middle and tail-end made very, very good money," he said.

Nutrien Ag Solutions auctioneer John Robson said he felt the 1.5-year-olds could have made more money.

"Even the lighter lambs at the end, we were still getting $250-275 for, which I thought was a pretty good sale."