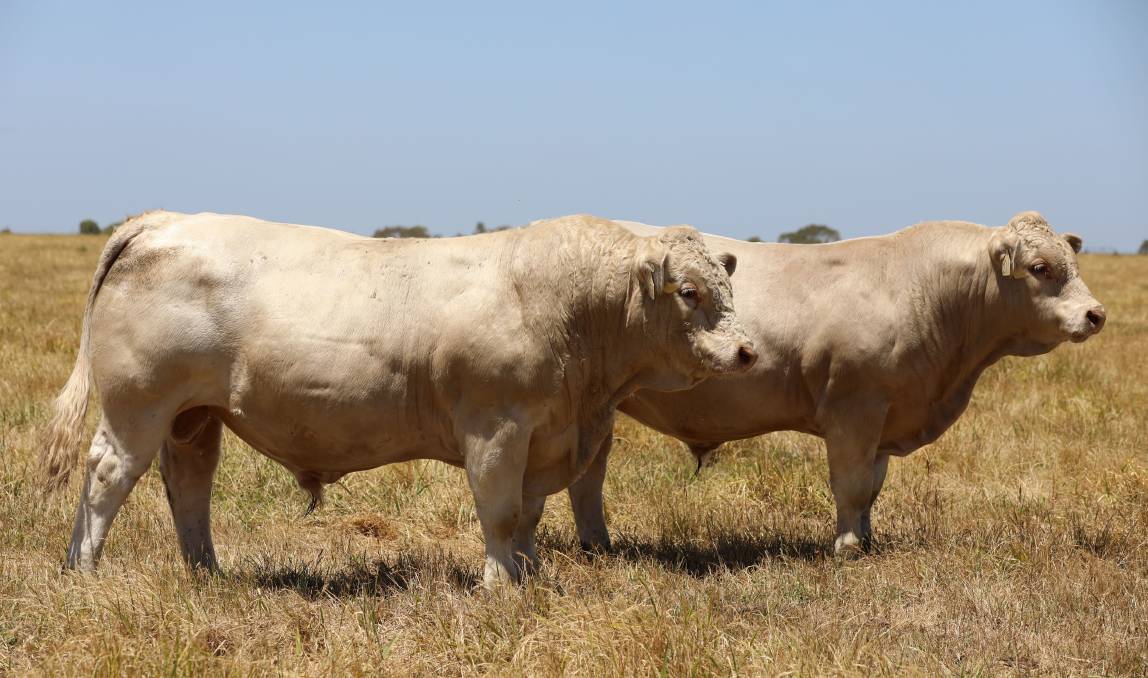 EVER EVOLVING: Mount William Charolais will hold its 23rd annual bull and female sale on February 11, 2022, offering bulls with plenty of power and performance.

Charolais are known for their power, but at Mount William Charolais, they also bring plenty of softness.

The past is important to Rob Abbott. But looking to the future is just as crucial, and both his Mount William Charolais stud and his cattle operation have evolved over the years.

Breeding Charolais is in the Willaura cattleman's blood. His grandfather RM Barr Smith was one of a group of men who received the first ever Charolais semen into Australia in 1969.

"He saw Charolais cattle in Mexico, and how they had to walk long distances for water," he said. "He thought they'd be ideal for Australia."

The semen from French bull Sucre was first used over Shorthorn and Friesian cows, and then gradually over the years Charolais bulls were used until the family eventually had a pure herd.

"Some of Australia's first Charolais were born here, and through the threat of fire, droughts and family successions, we've still held the line," he said.

Rob's mum Anne took over the stud, and continued to sell bulls into Queensland and the Northern Territory, and developed the southern markets.

Mr Abbott said the Charolais they bred today were a far cry from those bred in the 1960s, using plenty of Canadian blood, as well as Palgrove and Rosedale genetics.

"They're more moderate, putting extra weight and muscle into a crossbred calf," he said.

"They are softer and fatten better, with an in-built calving ease component. But they still carry all that power and performance in them."

Another development for the stud is its new yards. After 20 sales at their old yards, the Abbott family has an incredible new all-weather yard complex designed and built by Te Pari.

Mr Abbott said they wanted yards that made the most challenging job of the year - joining - easier. The fully hot-dipped galvanised and remote-controlled yards have been a game-changer.

"Now I can draft into eight bull mobs at once," he said. "I can pretty much do most things on my own now. They have created a really flowing system."

The story Power, performance and softness in a bull first appeared on Stock Journal.