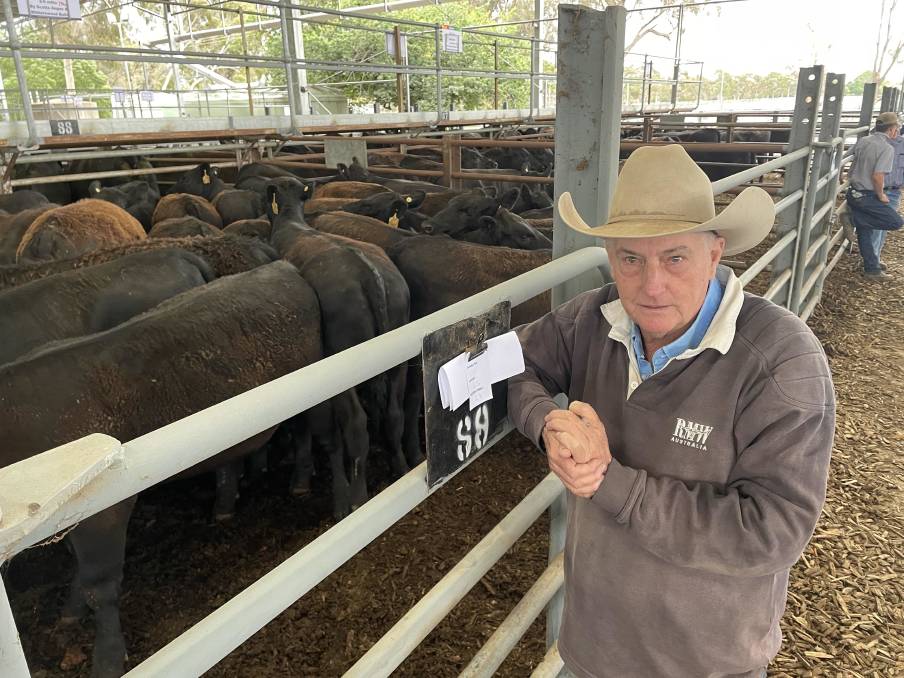 Analysts predict weaner calf prices to surpass the Eastern Young Cattle Indicator by more than 30 per cent, driven by northern buyers and a wet harvest driving up supplies of feed grain.

Mr Brown purchased nearly 200 head of lighter steers, bound for Coonamble, NSW, 310-370 kilograms, for an average of $2400 a head at Euroa's weaner steer sale in December - the first weaner sale of the season.

He had clients with bullocks bound for processing this month who were unable to get trucks onto properties.

"A lot of NSW is still too wet to get in anywhere," he said.

"As soon as [NSW] dries out a bit, they'll be looking to Victoria.

"As much as they don't like the weights, there is nowhere else to go."

An estimated one-third of the recent Euroa weaner sale yarding travelled north across the border but agents expect that volume to spike come January.

Many agents and commission buyers who were at Euroa will be major players at the New Year sales in the western district and north-east Victoria next month.

The sentiment from these buyers was that extraordinary prices would be sustained and more records were broken, with budgets being set at 800 cents a kilogram for 300kg steers.

"There will be pent up buying demand from NSW - if they dry out enough the north will be a reasonable force in the [buying] gallery and will see premiums blow out with record prices through January," Mr Dalgleish said.

"Northern restockers are expressing an interest but they're not ready because there are still concerns about getting stock in and out of some regions, which we have seen with the significant drop in yardings in Queensland and NSW in December."

He said for lighter weaners, below 250kg, achieving 800c/kg liveweight was "absolutely feasible".

"The best premium weaners at January sales have achieved is about 20pc, although this season premiums will go towards 30-35pc," he said.

"Looking at recent store sales in NSW and Victoria for weaner cattle, liveweight weaner steers under 300kg are 700-710c/kg."

Further driving the prices was the Bureau of Meteorology's La Nina declaration, which Mr Dalgleish said would sustain cattle prices into 2023.

"The forecast La Nina has given producers confidence that we will get stable and strong pricing that will carry through to 2022, so prices won't ease until 2023," he said.

The wetter conditions have also extended the grass-growing season in Victoria by more than a month, adding an estimated 50kg on weaners.

"Not everyone wants to play in the market when there is more risk involved - it is a bigger outlay of money," Mr Ginnane said.

"I don't think our demand will be much different, there will still be orders for cattle because the timing is right for some clients."

He said the record prices and outstanding seasonal conditions had backgrounders holding stock.

"When you're paying $2300 for 320kg weaners, bullocks need to be 650kg before you can sell them, so you're not trading quite as much because of the price of store cattle," he said.