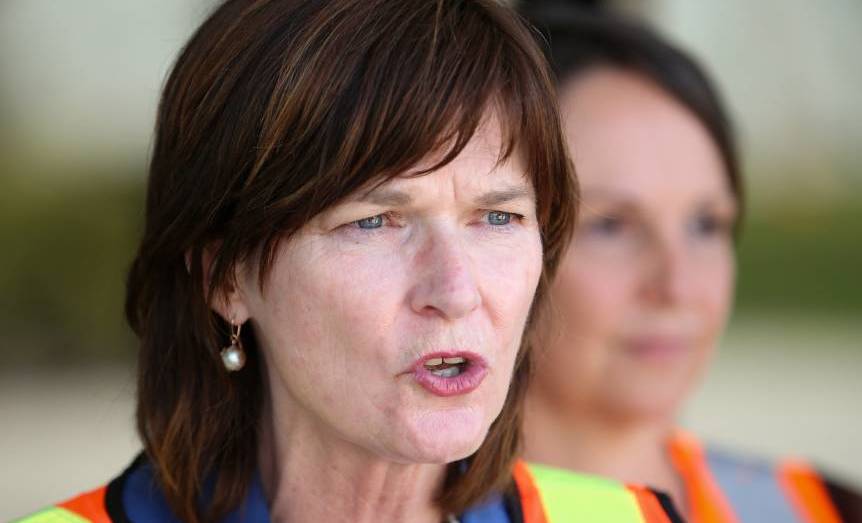 The legislation is expected to be introduced to Parliament on Wednesday.

New legislation introduced to Parliament this week will deter animal activists from trespassing on farms, the state's agriculture minister says.

The government said the the Livestock Management Amendment Bill 2021, better known as the animal activism bill, would protect farmers and agricultural businesses from biosecurity risks.

Those who fail to comply with the new legislation will face penalties among the heaviest in Australia, with on-the-spot fines of $1272 for an individual or $8178 for an organisation.

Further penalties of up to $10,904 for an individual and up to $54,522 for an organisation could apply for more serious offending.

The proposed legislation seeks to:

Agriculture Minister Mary-Anne Thomas said it would mean farmers would be able to implement biosecurity management plans, preventing people from accessing farms without prior consent of the landowner.

"Farmers and the agricultural industry should be able to do their work without fear of being targeted by animal activists," Ms Thomas said.

"This sort of activity is highly distressing for farming families and puts the biosecurity and safety of the animals that activists purport to protect at risk."

These new measures are part of the government's response to the Inquiry into the Impact of Animal Rights Activism on Victorian Agriculture, which delivered its report to Parliament last year.

The Labor Government supported 13 of the report's 15 recommendations in full.

Peak industry bodies which represent farmers and agribusinesses, as well as animal welfare organisations were consulted during the development of this legislative framework and will be further engaged as the regulations are finalised, Ms Thomas said.

"Farmers work hard to keep their animals safe and protect them from pests and diseases with robust biosecurity systems," she said.

"This new legislation will deter behaviour that puts that hard work at risk."

Victorian Farmers Federation president Emma Germano said the on the spot fines were "very overdue", but would be very welcomed.

"It's time animal activists faced proper penalties for trespassing on people's farms and homes," she said.

"We hope this will see the end of token $1 fines for farm invasions that we have seen in the past.

"We believe that this is in line with community expectations, trespass is not an appropriate form of protest."

The new arrangements will come into effect in 2022.