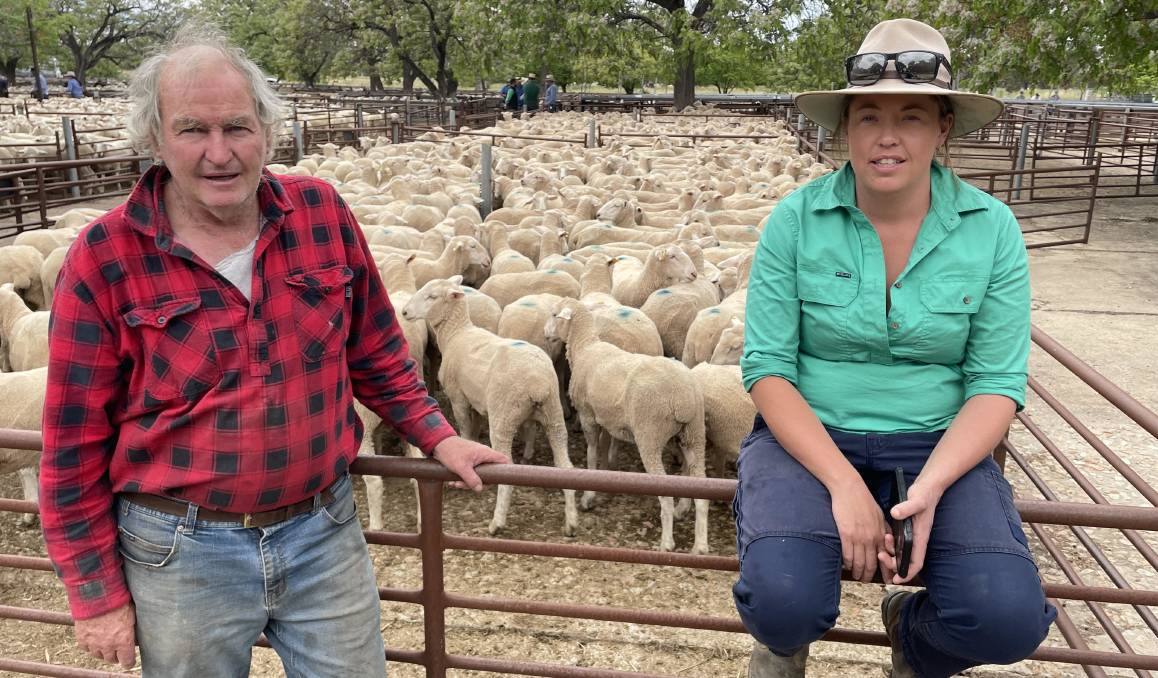 This father-daughter duo operate farms between Victoria and NSW.

While Victoria's agricultural industry has been largely unscathed by the COVID-19 pandemic, one border farming family is attempting to rebound after enduring nearly two years of statewide lockdowns in both Victoria and NSW.

But the border closures with Victoria and NSW for the past 18 months, which required any farmer travelling interstate to isolate for two weeks, meant Mr Burden's wife Margaret was forced to quit her job as an aged care nurse in Violet Town.

"Everything was affected - family, stock, income - the kids said I was difficult to live with," Mr Burden said.

"The problem was we had to isolate for two weeks every time we came back [from Narrandera], so I either had to cook for myself, or Margaret had to quit work."

The Burdens run 3500 Merino ewes and cropping across 2000 hectares at Narrandera, as well as 1000 hectares at Caniambo - the base of 2500 first-cross ewes and prime lambs.

They usually travel fortnightly to the northern property to check livestock but when border restrictions were introduced on and off for the past two years, Mr Burden said "it was chaos to manage".

"They made rules for the city but they didn't make rules for country people," he said.

"When the NSW border first shut we couldn't get up for five weeks."

"We couldn't get up for two weeks and the stock were out of water because a pipe had broken; they were okay but they weren't in good condition," he said.

Mr Burden said he felt he was "treated like a criminal".

"The government forgets about us farmers but they'd get a fright if we had a strike for two weeks," he said.

A two-week closure at Gathercole's, Tatura, cost the Burdens more than $16,000, after 800 lambs that were booked for processing were delayed until prices had fallen from 900 cents a kilogram to 800c/kg.