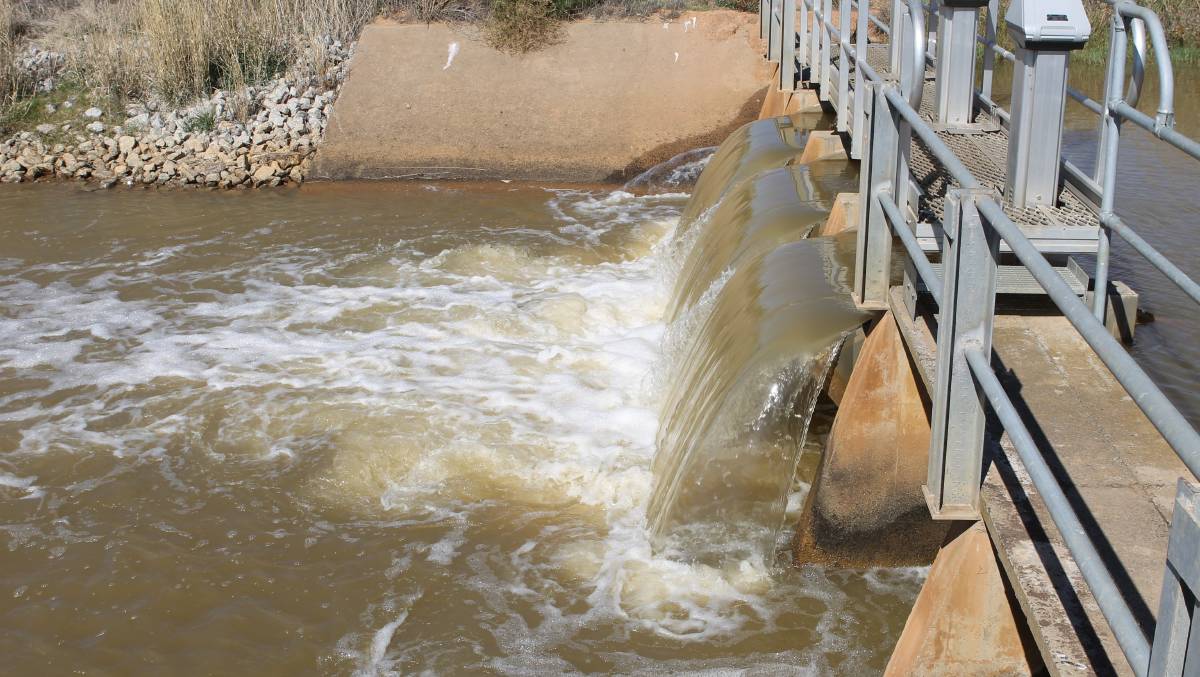 G-MW DEBT: G-MW says it'll be taking "the next steps" in debt recovery, for all customers who are not on an agreement or payment plan by early next calendar year.

Goulburn-Murray Water has reported it's currently carrying debts of $14 million, due longer than three months.

G-MW has calculated a 6 per cent loss rate, based on 12,903 debtors who have carried over doubtful debt and who owed money for more than 90 days at June 30.

"G-MW is currently contacting all debtors who have recently received water shares for the Irrigators Share Distribution project to come to an agreement to pay their debt," G-MW Business and Finance general manager Michael Gomez said

"We have also recently restricted the supply of more than 200 customers.

"For all remaining debtors who are not on an agreement or payment plan by early next calendar year, G-MW will be taking the next steps in its debt recovery procedure."

The annual report also states G-MW was carrying $11.89m in debt, which was not due at the time of the report.

The annual report describes G-MW's activities between 1 July 2020 and 30 June 2021 to ensure it meets its regulatory obligations, maintains its asset base, meets customers' needs and achieves its vision of "delivering for our region and our future".

As a result of higher deliveries, system efficiencies increased.

G-MW reported its system efficiencies rose by 9 per cent to 85.7pc, after a sharp dip to 76.8pc the previous financial year.

The report points out the 2020/21 financial year for water storage and delivery was one where water deliveries were higher than 2019/20 and recent year average volumes.

"Last year's volume of 2,191 GL was surpassed as our irrigation, environmental and urban customers received a total delivery of 2,365 GL," Ms James and Ms Quick said..

"This increase in delivery reflects the increased seasonal determinations across our regulated systems, and lower allocation prices on the temporary water market."

The net result, before tax of a $97.6 million loss was $17.6 million higher than the prior year due to a reduction in Connections Project revenue

It was also due to higher asset disposals from decommissioning activity completed by the Connections Project and transferred to Water Storage and Delivery.

The main drivers of the operating result for 2020/21 were reduced revenue in line with a commitment to customers to reduce price.

Reductions in G-MW's controllable operating costs were, in part, offset by an increase in its Murray-Darling Basin Authority contribution and asset disposals.

Controllable operating costs exclude depreciation, asset write-down expenses through the Connections Project asset rationalisation, and other expenditure that is funded by external parties and offset by increased revenue.

"Decreased receipts from customers, due to lower prices, reduced cash balances as a result," Ms James and Ms Quick said.

"Several 'one off' factors can impact the operating results and present a timing variance year by year, although it is important to note the underlying EBITDA and operating cash performance remains strong."

The Water Storage and Delivery total revenue reduced in line with the reduction in expenditure as GMW focused on reducing revenue requirements and returning savings to our customers as price reductions.

Most of customers received a price reduction of about 10 per cent.

In October, the Connections Project delivered its commitment to the commonwealth and Victorian governments' $2 billion investment and achieved its goal of 429 GL of water savings within the Goulburn Murray Irrigation District.

This major achievement enabled the distribution of 77 GL of water entitlements to eligible delivery share holders in October 2021.

This project, which has already commenced, is forecast to achieve further water savings of 15.9 GL and will modernise or decommission more than 250 km of channels benefitting more than 1,000 customers.

A strong maintenance program was delivered, including the regular 'Winter Works' program.

This year's program focussed on removing restrictions in channel capacity through weed management and desilting programs.

In total, the maintenance program leveraged an investment of approximately $4 million in the May to June period.