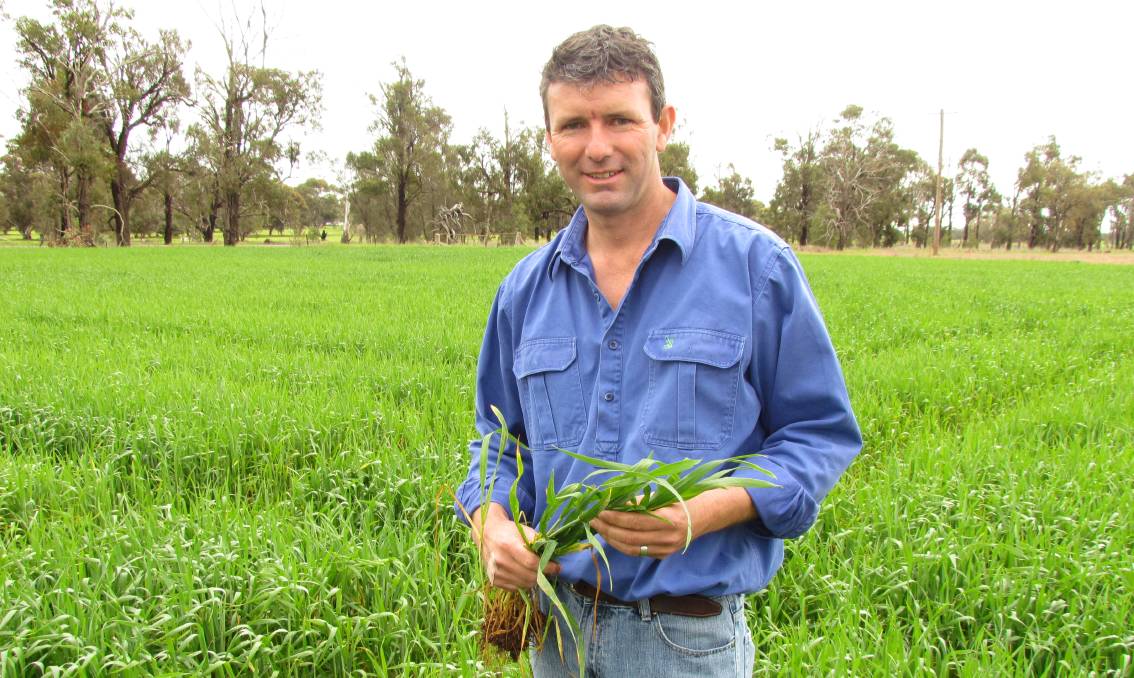 Grain Grower chair and Victorian grain grower, Brett Hosking, doesn't expect the high inputs of fuel and fertiliser be a deterrent on the area sown to crop next season.

VICTORIAN grain growers are desperately trying to buy fertiliser, amid fears Russia's plans to impose a six-month quota will further fuel inflated prices ahead of the new year sowing.

Russia is the latest country attempting to safeguard domestic supplies and limit costs for farmers after the energy crisis sent nitrogen nutrient prices soaring, a move that market analysts say will hurt Australian growers the most.

Russia's decision to limit nitrogen fertiliser exports to 5.9 million tonnes, and shipments of complex fertilisers containing nitrogen to 5.35 million tonnes, will take effect in December, and follow taxes on wheat exports earlier in the year.

"What Russia is trying to do as a government is maintain supplies and ensure their farmers have access to fertiliser. By putting a quota in place, means domestic fertiliser prices will start to slide and make it cheaper for Russian farmers when they're planting their crops.

"The Russian quota is only slightly less than what they usually export - not necessarily millions of tonnes lost from the market but it is at a time when we need every tonne available."

Victorian farmers have voiced concerns about securing fertiliser supplies ahead of summer sowing, with nitrogen prices tripling and the risk of shortages to come.

The Russian quota follows China's curb on exports to ensure enough domestic supply, which is driving up prices of the valuable crop input at a time when Victorian farmers are getting ready to buy.

"Australia is in one of the worst positions globally," Mr Whitelaw said.

"When we naturally buy fertiliser, in January to March, the chances are fertiliser prices will still be high and that will create a disconnect, between buying fertiliser, glyphosate and diesel at really high prices, when you won't necessarily be selling grain at the same time.

"The biggest risk we see at the moment is buying (inputs) high and selling (grain) low - we will buy in the early part of the year and selling grain after the rest of the world has completed their harvest."

But Grain Grower chair and Victorian grain grower, Brett Hosking, said despite "the whole lot being thrown at us", with high fuel and fertiliser costs, he didn't anticipate reduced planting in summer.

"There are a lot of decisions being made and pre-planning for next season around what it is going to look like," Mr Hosking said.

"I am not expecting a reduction of hectares being planted, with livestock so expensive at the moment so crops are a good alternative and are producing a good return.

"I think growers will consider carefully the level of inputs they provide for that crop and if we have a bumper summer period, with a full soil moisture profile, some growers will get bullish and have a punt."