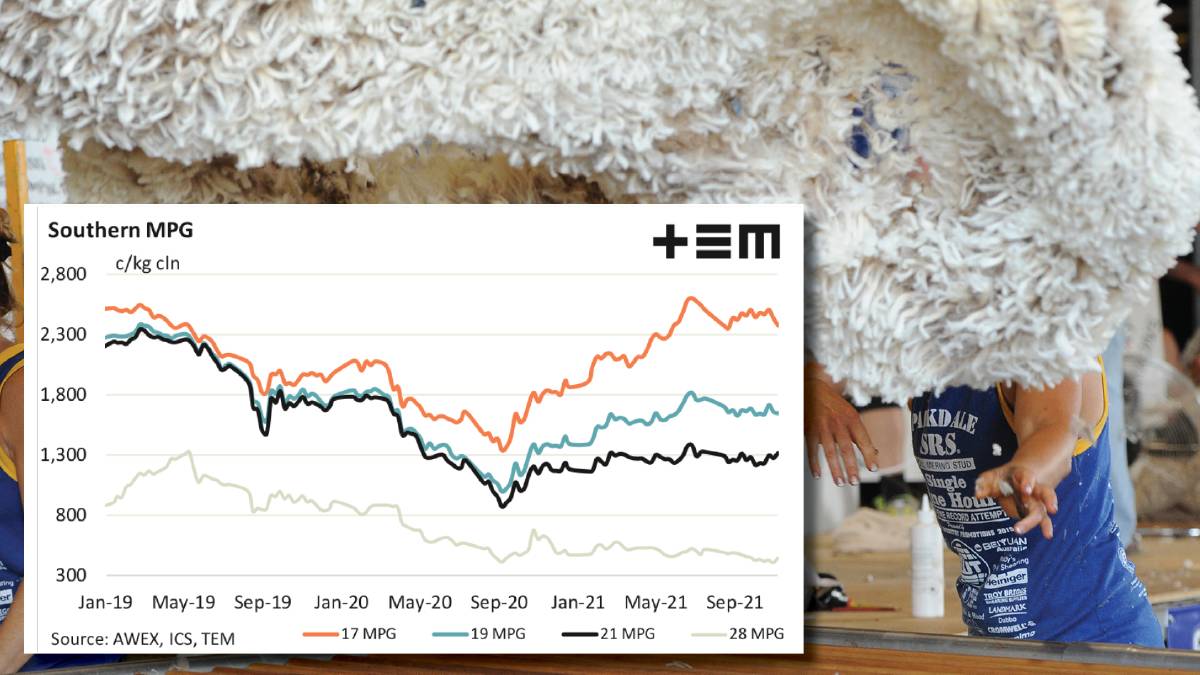 The crossbred sector in Australia's wool market bounced back strongly last week from a 12 month low, with reports indicating that demand for wool to be used in Chinese uniform orders was the driver.

So much so that in percentage terms the rises in the broader microns were largest for the week.

Medium fleeces, 20 and 21-micron, rose by 3.5 per cent, while crossbred fleeces rebounded by between 9pc and 16pc.

According to Independent Commodity Services analyst Andrew Woods reports of new crossbred business proved to be correct, with the 28 micron price guides (MPGs) lifting by eight per cent and holding above US300 cents.

"Reports indicate that demand for wool to be used in Chinese uniform orders, focussed on 21-22.5-micron, were the driver in the market," Mr Woods said.

"And it appears that some Chinese uniform orders with a broad micron average might use a blend of medium Merino and finer crossbred to bolster the supply of broad Merino wool, hence the improvement in crossbred prices.

"These micron categories have been extremely cheap in relation to the medium/fine Merino categories and also offer the prospect of delivering hard wearing cloth."

Mr Woods said with the firmer prices for 20-micron and broader wool, in conjunction with finer micron prices easing, the micron curve, which is still steep by historic standards, flattened out slightly.

Microns 19.5 and broader rose by between 30 and 53c across the country while finer microns lost ground after a relentless upward trend in the last 18 months with 18-micron and finer losing between 13 and 71c.

Mr Woods said this trend may persist into mid-2022, and medium Merino prices could start to outperform fine wool prices as a function of changing supply trends now that the post drought recovery in seasonal conditions in eastern Australia has run its course.

"What happens beyond mid-2022 depends in large part on seasonal conditions in 2022, which we will have to wait to see unfold," he said.

The end result was the AWEX Eastern Market Indicator (EMI) ending on a slightly firmer note closing at 1340c per kilogram - a lift of 7c from the week prior.

According to Australian Wool Testing Authority (AWTA) fibre diameter trends are heading towards the broader end.

Test weights for broader wool (higher than 26.5 micron) in Australia are notably higher this season compared with recent years.

And it shows a substantial increase of wool greater than 30.5 micron being tested in the first four months of the season at a decade high.

This week 40,700 bales are being offered on Tuesday and Wednesday.