About 5800 sheep were sold at Bendigo on Friday. 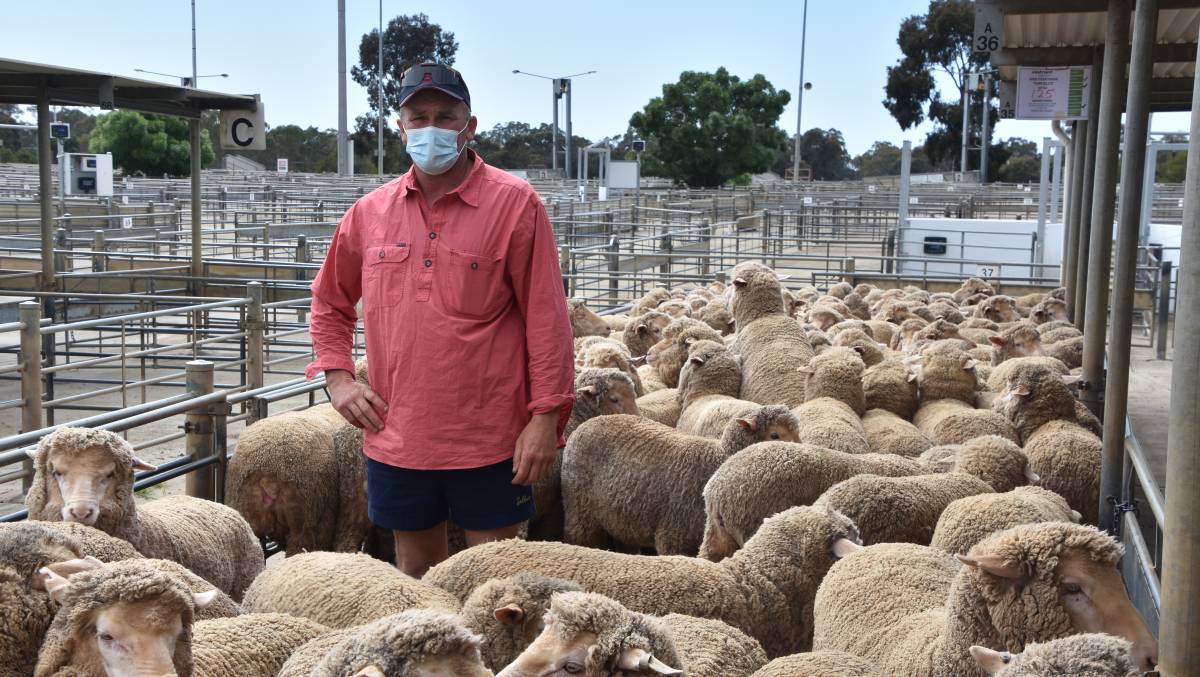 Merino ewes sold to a top price of $295 a head at Bendigo on Friday in what one agent described as a "tough going market".

About 5800 Merino mixed-aged ewes and wethers were offered at the special spring sale as restockers from across central Victoria underpinned the market.

A small buying fraternity caused a handful of pens to be passed in at auction, as attendees who had not received at least their first coronavirus vaccination were prevented from entering the saleyards.

"The whole market in general, not just this sale today, has tightened up in the last eight to 10 days," he said.

"It's a little bit hard to explain given the amount of feed around our country and the prices of lamb and mutton."

"The better sheep sold well but the secondary sheep, and there's quite a few of them here, were hard to move," Mr Byrne said.

FP Nevins & Co livestock agent Luke Nevins, Bendigo, said buyers who invested in sheep at the sale would be rewarded in the months to follow.

"It was very tough going in places," he said.

"The better bred sheep at the top end of the market made what they should have made but were probably still under some of the better Riverina sales.

"Once you got of those better lines of sheep, things got really tough really quickly."

Another factor for the reduced yarding was due to the "exceptional" seasonal conditions across the district, leading producers to hold onto their stock for longer.

"Some of the sheep that have come out of the south look a bit washed out and need a bit of heat and sun on them but they'll do well for the people who bought them," Mr Nevins said.

"A lot of people are doing only a light cull and we're in a bit of a blue ribbon area here for feed at the moment and that looks to remain that way until at least Christmas."

Both pens were bought by Moolort cropping and sheep farmer Cam Rinald who said the ewes would be joined to White Suffolk rams in November.

The first pen of the sale, offered by Greg and Leann Holmberg, West Point, Elmore, was passed in at auction for $290.

Mr Holmberg said he had hoped for a higher price for the pen of 163 Merino ewes, April/May 2020-drop, featuring Pooginook blood, after a "ripping" season due to mild weather and regular rain.

It was their pair's first time selling young ewes together at Bendigo.