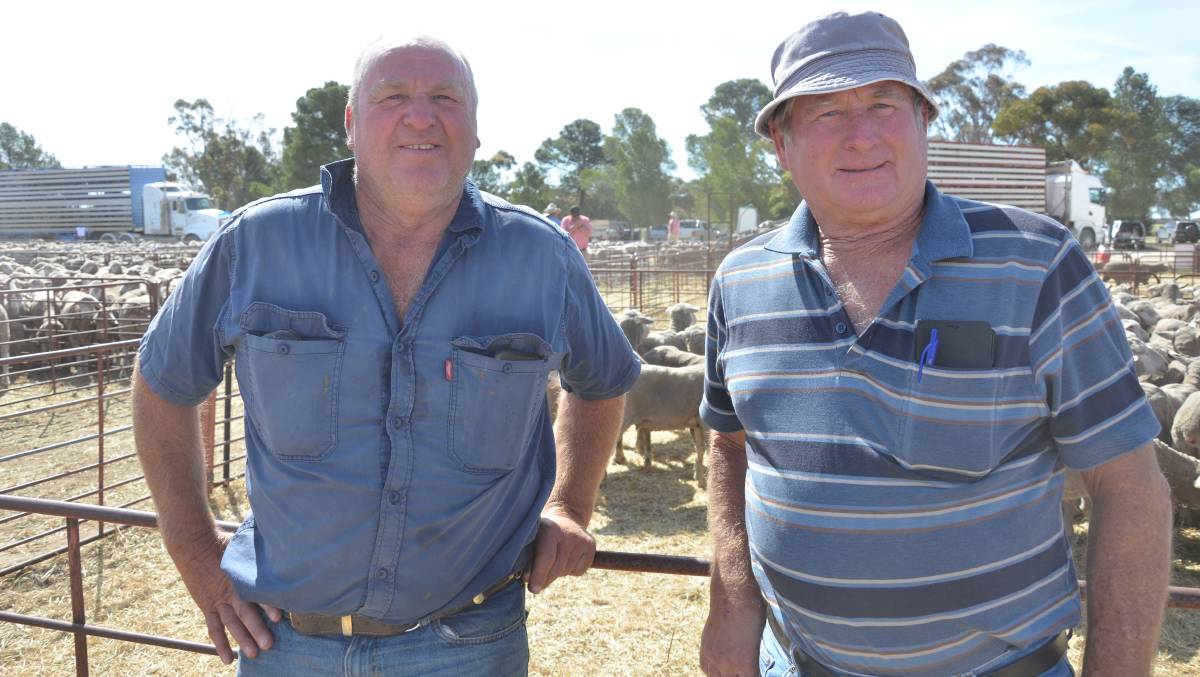 The lamb market is clinging on close to the 910 cents a kilogram carcase weight mark this week.

The lamb market is clinging on close to the 910 cents a kilogram carcase weight mark this week, despite rising numbers as pasture matures and grass seeds start to appear in the north and southern areas.

Prices at Bendigo and Corowa, NSW, on Monday showed some downward trends, but it was fairly mild compared with some price corrections that can hit the market mid-spring when numbers build.

The top price recorded was $320 which was made for a pen of extra-heavy export sucker lambs estimated to weigh over 30kg cwt with a $12 skin.

On a carcase weight basis, most heavy lambs were estimated to range from $256-$302.

Ballarat restockers contributed to keeping a floor in trade prices, paying from $220-$234.

At Corowa on Monday, lamb numbers were similar at 10,300.

Prices also weakened by $13-$21, with some buyers missing out on the action.

Sheep were off the boil and not all companies fired a shot.

The trend was similar further north at Dubbo, NSW, where big lambs over 30kg sold to $303, but again was easier on a carcase price.

The market was generally softer and quoted $6-$15 cheaper.