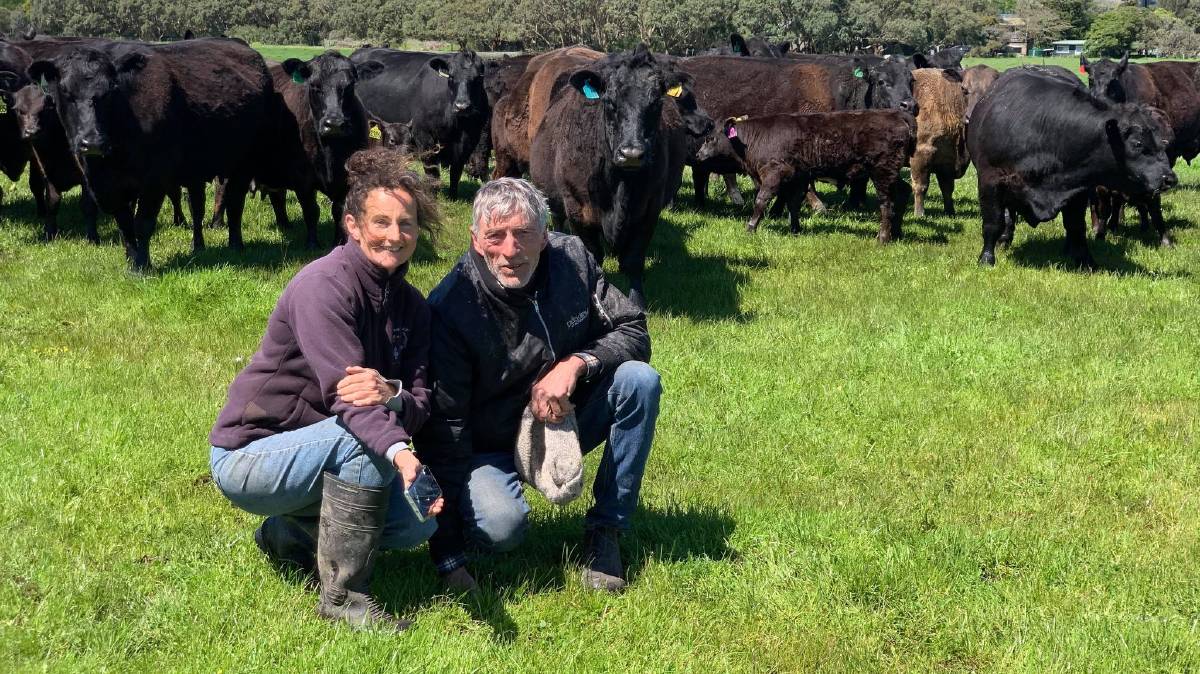 Above average rainfall is predicted for the remainder of the year.

Paddocks on David Pilkington and Frances Toohey's Sandy Point property in South Gippsland remain under water, and there are no signs of water residing anytime soon.

Runoff rainfall from the surrounding hills flows through their property before exiting via Shallow Inlet and into Waratah Bay.

Ms Toohey said a series of extremely wet days contributed to some of their low-lying grazing property remaining under water.

"We've had a really large rain event once a week for quite some time," Ms Toohey said.

"There was a point that we were actually drying out but in mid-to-late September we had a big rain event after receiving about 40 mils in early September so our paddocks really haven't dried out since that."

The 445-hectare property at Sandy Point forms part of an 800/ha operation the couple run across South Gippsland, and includes properties at Fish Creek and Alberton.

Trading as Doonagatha, they breed mainly Angus cattle and join about 550 cows with 15 bulls in small herds for spring calving.

Their autumn herd consists of about 400 cows.

"We generally do a split calving in autumn and spring and we basically turn most of the animals off within 12 months of age and that's been our staple for quite a few years," Ms Toohey said.

"We run them in small mobs with a single bull and at the moment that's happening here at Sandy Point and two of the Fish Creek lease blocks."

Their home property, Doonagatha, was named by Mr Pilkington's grandparents in the 1890s and is Celtic for 'shut the gate'.

At Leongatha's fortnightly store sale on Friday, a final consignment of Doonagatha's tail-end spring 2020 calves were sold at auction, and were among one of the dearest pens at the market.

Ms Toohey said she could remember when the tops of their drafts were making just over 400c/kg, and back then questioned how sustainable and long-lasting the then high prices were.

"We were carrying the cattle on one of our hill blocks and it was just too wet so it was time to sell them and cash in on this good money," she said.

The typical wet South Gippsland winter caused a number of problems for the operation, but Ms Toohey hopes the rainfall will dissipate in the coming weeks and strong winds will dry the pasture out.

"We found it a very tough season this winter with metabolic issues with our cows and not a lot of sunlight and quite a few early and late frosts," she said.

"On Tuesday we had a really windy day which is what we need to dry out but then there's 20 mils forecast for later in the week."

Bureau of Meteorology climatologist Jonathan Pollock said most of the south and parts of central Gippsland had received between 60 and 80 per cent more rain on average in the first two weeks of October compared to the long-term average for the second month of spring.

A section of the Gippsland coast around Giffard and Seaspray has received more than double its monthly October rainfall in just the first two weeks of the month.

"The outlook for November to January shows above average rainfall is likely for almost all of Victoria," he said

The wet outlook follows a wet September when most of eastern Victoria had above average rainfall.