Agents yarded about 2300 cattle at Leongatha on Friday. 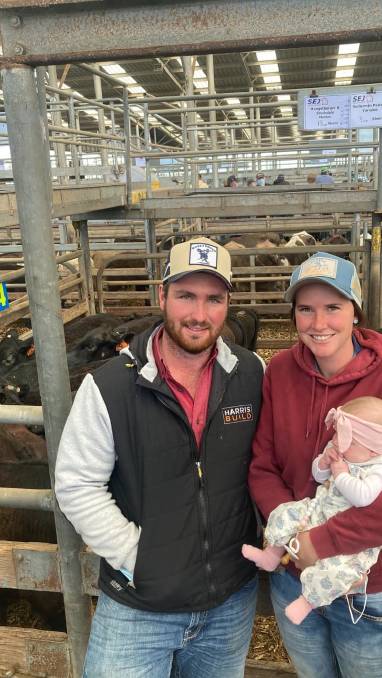 Soggy conditions in southern Victoria did not deter restockers from bidding for cattle at Leongatha's store sale on Friday in what agents described as a typical South Gippsland yarding.

Weaner cattle sold beyond 700 cents a kilogram while grown steers and cow and calf units surged past $3000 in a sale which featured about 2300 cattle.

The absence of two regular feedlot buyers had little effect on the buoyancy of the market, agents said, as fierce competition among Gippsland grass fatteners underpinned the sale.

"The prices on the weaner calves held on well and stepped up well by just a fraction," he said.

"It was grass fatteners who were trying to get back in and kept the market very strong." 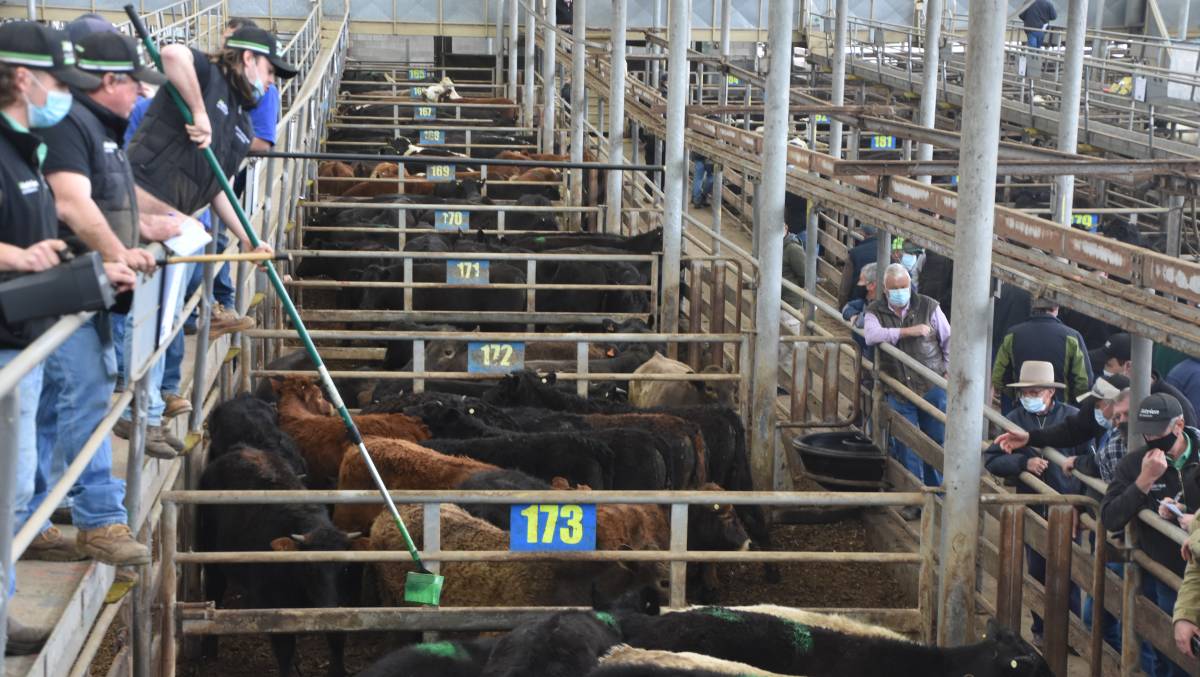 SEJ livestock manager Jimmy Kyle said graziers were "desperately scrambling" for a week or two of good weather to dry out to harden up the soil.

"Most of the cattle over 400kg went to feedlotters but it was the cattle between 250-300kg which were the most highly sought after," he said.

"A highlight of our sale was a pen of bucket-reared Angus/Friesian-cross calves which weighed between 200-230kg and made $1590.

"It's a credit to the breeders because everyone likes a good pen of nice and quiet crossbred steers and they sold certainly above expectations."

The pen of crossbred calves was consigned by Charlie Hengstberger and Jordi Stockdale, Mardan.

Elders Leongatha and Korumburra auctioneer Damien Minogue said the sale was comparatively firm with other Victorian cattle sales, despite the mixed yarding.

"There was something for everyone with a lot of mixed cattle, however, the well-bred cattle sold extremely well, and then the little cattle were making above 600c/kg which was a pretty common figure," he said.

"Feeder cattle were fully up there with other market rates and some of the plainer, smaller lines of heifers were just a whisker cheaper."

"I would have said it was a normal Koonwarra store sale with some very good cattle and then there was some secondary and crossbred cattle as well," he said.

"Like every sale, it was very consistent on what the market has been and cattle sold exceptionally well."

In the cow and calf section, Embryo Life sold one Speckle Park cow with a calf at foot for $3620.

B Jenkins sold three Angus cows with calves at foot for $3580.

Bracenhurst sold nine Angus cows with calves at foot for $2720.