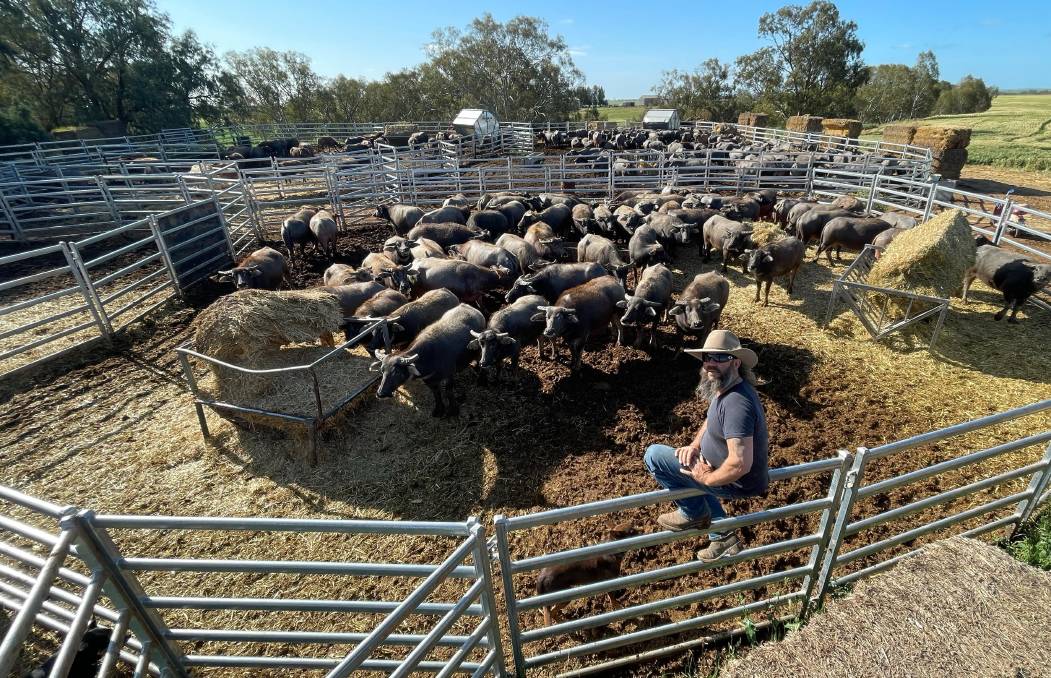 ON THE GAINS: Dale Murray, livestock manager at South Australian operation River Light Goat Depot, with buffalo they have been lotfeeding.

DEMAND for buffalo is soaring on the back of low numbers of northern cattle available for live export and innovative emerging market opportunities.

From retail-ready burger patties and prime cuts for the restaurant trade, to animals for campdraft and weaners going south for lotfeeding, marketing avenues are taking off for both swamp buffalo and Riverine, the introduced breed established on Italian genetics.

Live export prices for buffalo under 400 kilograms have reached an all-time high of 220 cents a kilogram live weight.

"Our cattle herd has diminished so dramatically and buffalo are filling the gap," Ms Bilato said.

"Exporters are doing very well with the smaller buffalo that can be grown out overseas. The potential is huge because they are still half the price of cattle to importers and more than a thousand head a month are now being shipped."

There are an estimated 180,000 head of free range buffalo in the NT, many on Arnhem land, and 40,000 behind wire on cattle stations. They are harvested by contract musterers, with royalties paid to landowners. Some station owners also muster their buffalo in-house.

Animals not meeting live-ex specifications are also being processed at the Batchelor abattoir south of Darwin for both domestic and export boxed beef.

Weaners are being shipped south, where they are being lotfed or finished on grass.

"Another market taking off is buffalo for campdraft training, as they are proving very quick to train with good staying capacity. Sales for this purpose are being made across the Eastern Seaboard," Ms Bilato said.

Domestic and global beef supplier Rum Jungle Meat Exports, from the NT, is about to launch a homestyle 100 per cent buffalo burger. 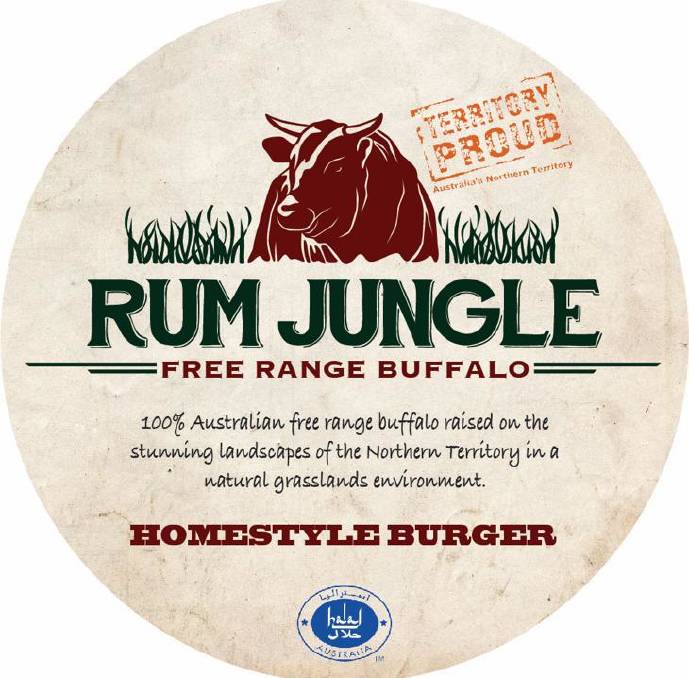 It expects to have the retail-ready burgers on shelves in the NT within weeks and believes the concept will take off across the domestic market, and likely have international potential.

Rum Jungle has been processing increasing numbers of buffalo at its export-accredited Batchelor abattoir.

It's owned by Central Agri Group, a national integrated beef producing, backgrounding, feedlotting and processing operation. The previously mothballed multi species facility was reopened at the end of 2019 following extensive upgrades and investment.

Its preference is for heavy animals and the buffalo grid is currently offering 175c/kg live weight for buffalo bulls over 400kg and 150c for cows, plus rates for lighter animals.

Last year, the Batchelor abattoir processed between 8000 and 10000 buffalo.

Rum Jungle has well-established retail-ready offerings such as beef burgers, diced beef, ground beef and sausages currently being delivered into major retailers including Costco, IGA, Foodworks and The Spud Shed stores nationally and high demand from customers overseas for these products, along with the new buffalo burgers.

It already exports buffalo meat and boxed beef to a number of overseas markets but critical to the ongoing success of the buffalo trade would be access to Indonesia, Mr Dichiera said.

"That lack of access is currently creating a significant trade restriction for our operation and impacting the trade in the NT," he said.

The Phillips family run 500 buffalo breeders and 2500 Brahman on Annaburroo Station, near Darwin.

Their swamp buffalo target mostly the live-ex trade while they also have a line of purebred Riverines in partnership with Wildman River Stock Contractors, from which they crossbreed. The plan is for the hybrids to supply the domestic restaurant trade. 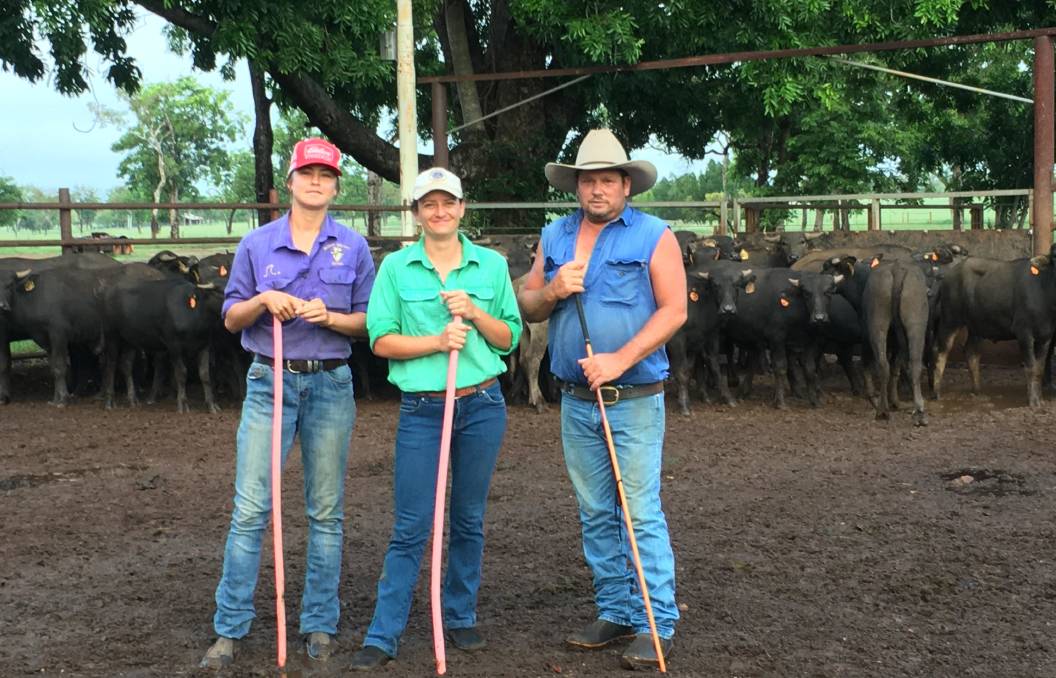 The hybrids also grow around 30 per cent faster.

There were other producers crossbreeding buffalo but most were going to live-ex, which Mr Phillips said was unfortunate because the potential to build domestic demand, given the good eating quality of the meat, was very strong. 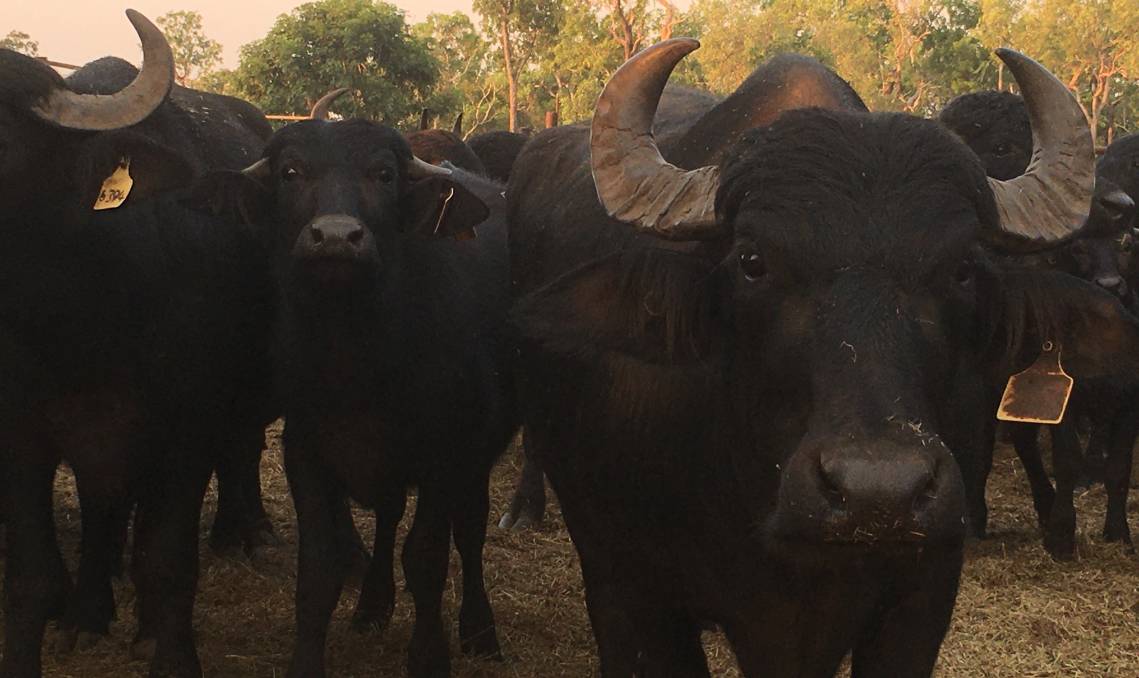 Buffalo are also a brilliant addition to cattle operations, he said.

"In the more marginal type of country, the buffalo do a lot better than cattle," he said.

"They are good mothers, very fertile and well-handled buffalo are nothing but a pleasure to work with.

"We use them as part of a rotational grazing program - they eat the more fibrous plants and assist in weed control."

The Phillips are about to trial creep feeding their buffalo a high protein feed to assist them with better condition through the harsher months and keep them on a rising plane of nutrition.

Now Paul Blacket is trying to work out how best to update the River Light Goat Depot name because buffalo have made a grand entrance. 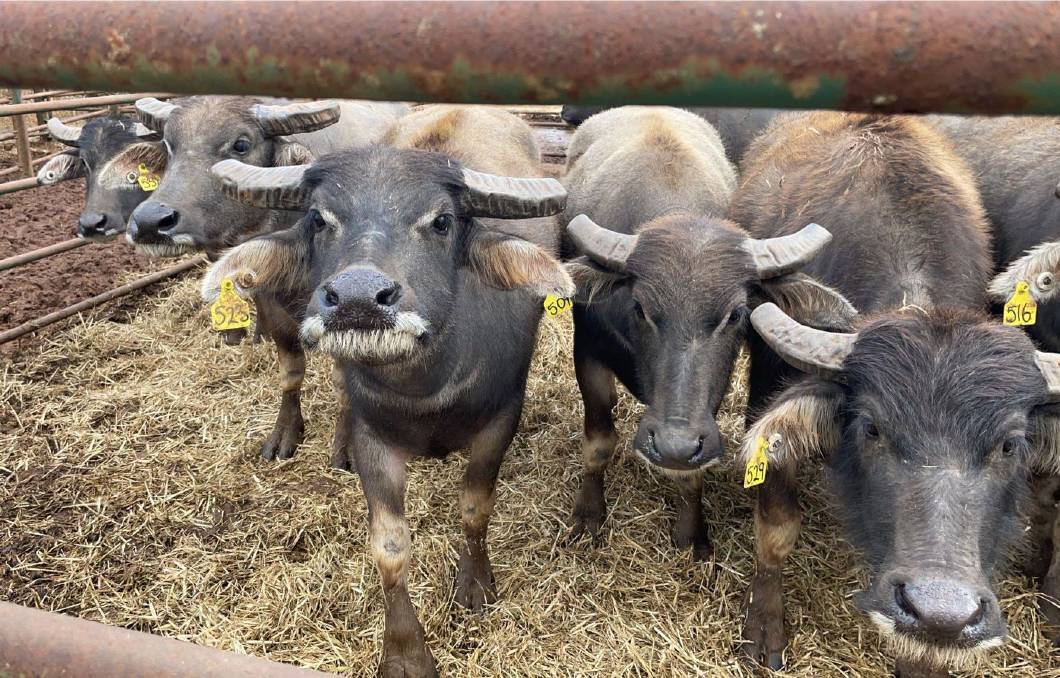 ON FEED: Buffalo being finished at River Light Goat Depot in South Australia.

The Blackets sell goat meat all around Australia and when they started to receive requests for buffalo meat from those customers, many of whom are servicing a multicultural customer base, they decided to take a punt on the rather-larger animal.

That was 15 months ago and they've not looked back.

"We already had the infrastructure - goats jump so we had high fences - and of course we had the feed (from their broadacre wheat, barley and lentil farm)," Mr Blacket said.

"We could see there was a demand and beef was getting more and more expensive so we thought why not."

They wholesale the meat - some customers want prime cuts like porterhouse, eye fillet and rump while others take the whole carcase for currying and mincing.

Their buffalo is now going all over the country, just like their goat meat.

River Light buys b-double loads of wild-harvested Riverine buffalo, ideally at 400kg, and takes them through to 450-500kg. They are on feed for between two and six months.

"We have had to change rations from what the goats are fed of course but being able to get supply from our own farm gives us plenty of quality control," Mr Blacket said.

"Buffalo are still only a small percentage of our business but a great add-on."