Slow moving system brings rain to much of Victoria. 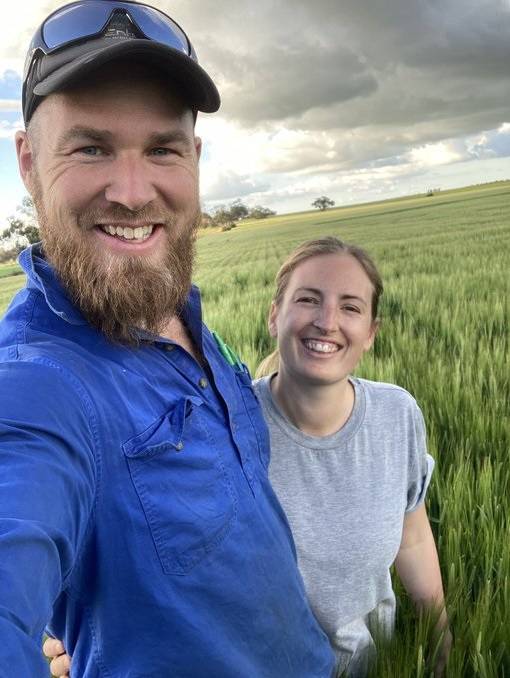 Widespread rain, across the state, has been particularly beneficial for parts of the north-west.

"We had a slow moving low pressure system that moved across Victoria from the north-west and brought tropical moisture down from the north," Ms Johnson said.

"it was very humid and because of that moisture we got the high rainfall."

A follow-up front moved in from the west earlier this week.

The highest falls were recorded on Wednesday into Thursday.

"Over the last week or so, there have been some places that had more than 50mm; it was hit and miss because it was came from showers.

"It was one of those things where if you happened to get a slow moving shower, you would get quite a large fall."

"Since then, we have had a little bit each day, in the Wimmera Mallee we had 21mm at Mt William."

Ms Johnson said the front that entered the state earlier this week had now passed through to the south-east.

Another front would come through on Wednesday.

"Things clear away on Thursday and there is not much expected on Friday and Saturday." 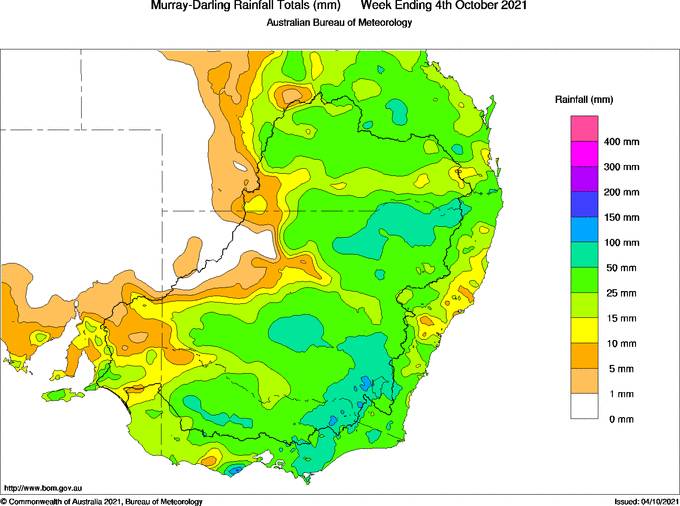 RAINFALL TOTALS: Where the rain fell, in the last week.

Kyle Pearse, Donald, said the property had received about 50mm in the last week.

My old man said to me yesterday, “boy, don’t expect another season like this for the rest of your life. They only come around every 10 years or so, and you’ve seen 5 in the last 6 years!” 😁🙏 I reckon it should go about 460 kegs/ha of heavy 😉 pic.twitter.com/ziEJaP0vSl

"It means everything fills out really nicely, it means we will have good oil in the canola and good test weight in cereals," he said.

"I am hoping the lentils keep on flowering, and we get a bit more yield out of them.

The rain followed a really slow start when crops struggled to germinate.

"June and July were really good, fairly mild and 'wettish', and we really caught up

"This last bit of rain has meant we have gone from cautiously excited to confidently excited."

Matt Rohde, Lorquon, grows wheat, barley, canola, lentils, chickpeas and vetch and said the rain had meant he was now "banking" moisture for next year. 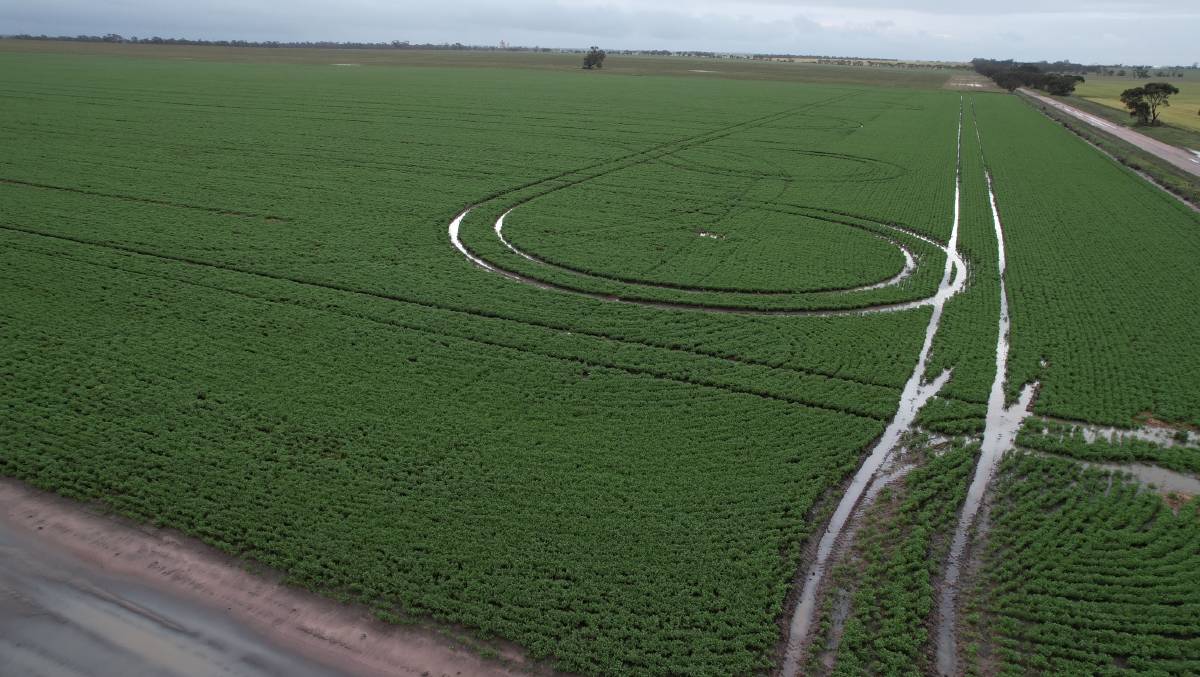 Another inch 🌩 through home today takes us to 90-100mm for the last week. Very thankful to say we aren’t looking for a finishing rain. pic.twitter.com/3y4lKzYVlq

No better feeling than a timely 8-35mm rain across the farm and still going.⛈ Some crops were definitely getting thirsty. pic.twitter.com/9YCuzKNvQa

"We brown manured all our vetch and are now focused on conserving moisture for next year on those paddocks," Mr Rohde said.

" A dry August meant some yield penalty from early September.

"All crops will still benefit from the recent rain. "

He said there were up to 95-105mm falls across half the farm, with the other half receiving about 60mm.

"The outlook for the remainder of the season is positive, thankfully we are not looking for a finishing rain anymore.

"Current grain prices are also promising for the harvest ahead." 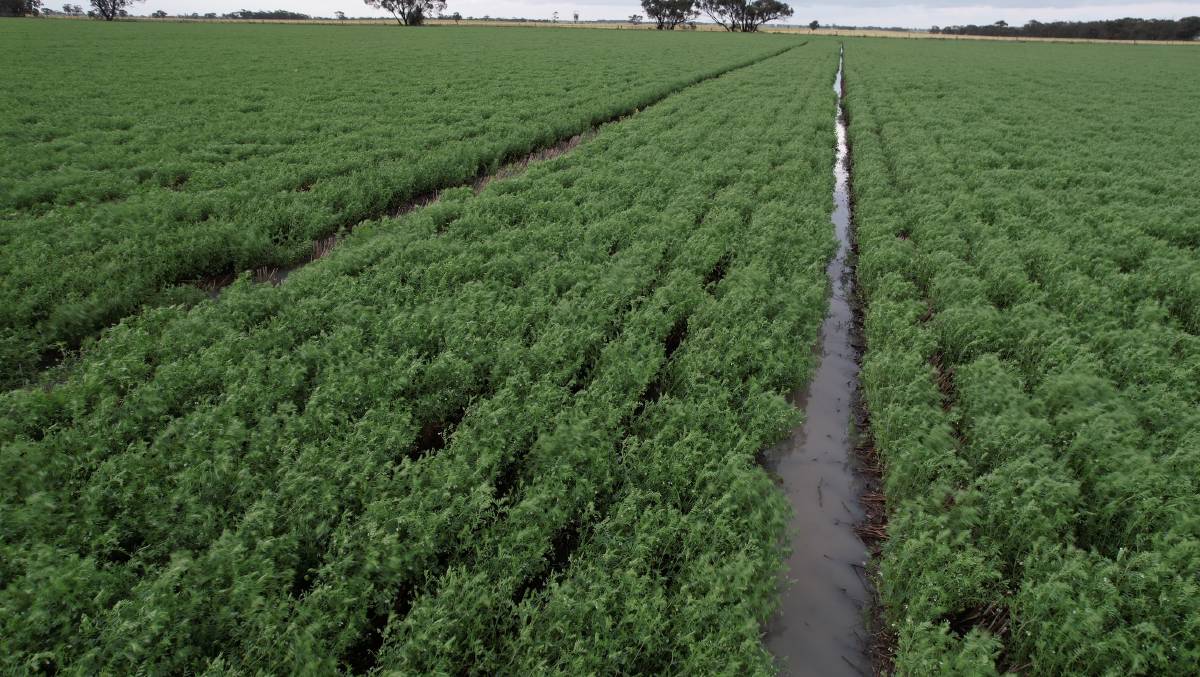 Tracy Dart, who grows crops just north of Warracknabeal, said the property had 50mm of rain.

"Rain from now will be stored for next year.

"We're on track for a reasonable crop, after an overall dry growing period."

Lord Pastoral Company owner David Lord, Mitta Mitta, estimated the area had received as much as 76mm in the last few days.

The beef producer said the weather had turned colder and windier in the last few days.

"The sun comes out, and then the cloud blows over, and you get a bit more rain -it's a bit like July weather than Octobe weather," Mr Lord said.

"There's usually not quite as much in the one hit at this time of year."

The rain had been good for the property but had held back silage harvest.

'It's what we needed after the last few dry winters; it's filled the groundwater up a bit."

Dams were full in preparation for any dry times that might come in summer.

Prime lamb producer Stephen Snelson, Koyuga, said he'd heard of falls of up to 37mm at Stanhope, while his property had received about 25mm.

"It's definitely been in the 25-40mm range - it's been brilliant, especially after mid-September it got very dry.

Mr Snelson said the most "peculiar" response had been from canola.

"The price is astronomical, but through late autumn and winter, germination was all over the place - some was very advanced, and other plants were at the rosette stage.

"The crops have caught up like I had never thought they could.

"From a very patchy germination and irregular growth, through winter, canola has heard about the price, I think, and took off."

A dry spell in mid-September allowed a lot of silage to "get chopped".

"Those paddocks have been irrigated and they will get a hay cut now."

"The cows are in great condition and milking well," Mr Hanks said.

"It could be the first year we don't make a lot of silage.

"We still have last years and some from the year before so cows won't go hungry.'

Pastures were "ready to fire".

"We just need sun and a bit of warmth," he said.

"Paddocks are still wet and will need two weeks to dry out before we can level them off and apply more fertiliser to grow some hay."