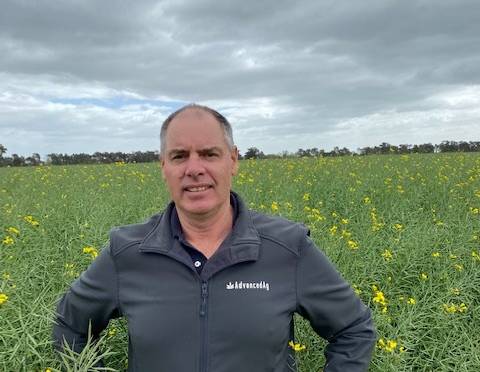 Victorian farmers are set to be stung with a fertiliser bill up to three times the price of Urea and Phosphate last year.

SOARING gas prices and import challenges have put a chokehold on fertiliser availability in Victoria, as prices for urea and phosphate have nearly tripled on year-ago levels.

China's ban on fertiliser exports from state-owned producers last week has added to a logistical nightmare that had already tightened global supplies of fertiliser and chemicals.

Advanced Ag manager and agronomist Cameron Pogue said fertiliser distributors were sourcing product from countries other than China, amid uncertainty with supply.

"Once the product out of China is loaded and has left the the port, that's when you trust you will get it," Mr Pogue said.

He said di-ammonium phosphate (DAP/MAP) was out of stock across Victoria, with the next contracts expected to be more than double last year prices.

"How much will be available?" he said.

"Supply should be okay but it will be at a price.

"Fertiliser is a key ingredient - you can reduce it to a certain point but ultimately you need it.

"We just have to pay the price." 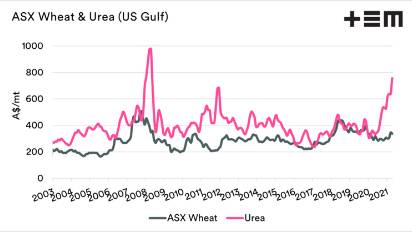 CRU fertiliser analyst Chris Lawson said the fertiliser sector was facing a "perfect storm" created by the surge in gas prices to near-record levels in the United Kingdom, Europe and Asia, as well as a logistical hangover from Hurricane Ida in the US.

"For a rough calculation that is about $500-600/tonne production costs for urea."

Among many other challenges was Bayer's glyphosate manufacturing plant and fertiliser giant, CF Industries Holdings' export base in Louisiana, which shut in late August after Hurricane Ida slammed the Gulf Coast.

Mr Lawson said as a result fertiliser production had stopped or been delayed, "wreaking havoc on nitrogen flows around the world".

Thomas Elder Markets reported urea prices were AUD$756 a tonne on Monday, while glyphosate has jumped to $11/kg from $5 just two years ago.

Prices of urea imported into Australia have doubled to about $756/tonne in the past year, according to Thomas Elder Markets analyst Andrew Whitelaw.

Now in China, state-owned enterprises are banned from exporting fertiliser.

Sanctions imposed by China would further harden fertiliser prices and add to a volatile market that was 80 per cent higher than last year.

Hubei was the first province to introduce the export ban which will be in effect to June next year.

Australia has been importing roughly two million tonnes of urea and 1.2mt of DAP annually from China.

But recently China has been strategically stockpiling.