The stud smashed its previous top-price record set 10 years ago. 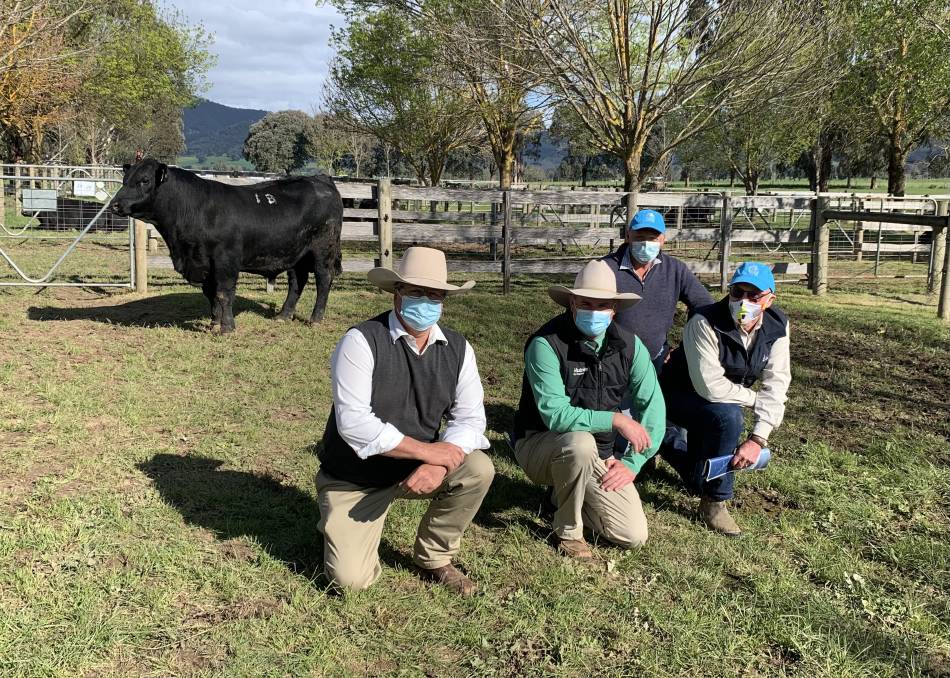 ALPINE Angus' spring bull sale was "one for the history books" when the Rosewhite stud set a new top-priced bull record of $75,000 last Wednesday.

Not only did the stud record a total clearance of 58 bulls, the north-east Victorian stud also eclipsed its earlier top-priced record of $22,000 set in 2011.

"Our many loyal clients and some new clients have generously shared their success in the saleyards this year by supporting Alpine," he said.

"This great result ... was well above our expectations."

Mr Collins, who has judged cattle at every Royal agricultural show in Australia, said he had spent the last two years travelling the country looking for the right bull.

"I'm a fussy buyer and like a bit of size in my cattle and finally I found this bull with size, good temperament and bone and his overall look was backed up with exceptional numbers."

The two studs will market the bull's semen and described him as a "beautiful all-rounder."

"I'm going to use the bull in the spring and Luke will use him in the autumn," Mr Collins said.

"The beauty about this bull is that he can go over heifers because of his low birth weight and you can put him over cows because he has superior 600-day growth."

Alpine Angus stud manager Chris Oswin said the bull attracted considerable attention in the lead-up to the sale due to its athletic phenotype and estimated breeding values.

"R144 has a phenotype full of volume, muscle and softness combined with a clean front and a great temperament," the stud said.

The stud said the bull's EBVs combined a low birth weight with "explosive growth" in the top 1 per cent of the breed for carcase weight, top 4pc for scrotal size and featured good IMF and high fat values.

"For 10 years now we have worked hard to use genetics that will make our clients the most money," Mr Oswin said.

"The EBVs and structural data of the sale line up reflect this so well."

Another repeat buyer was Amy Taprell, Thologolong, who bought two bulls to average $33,000.