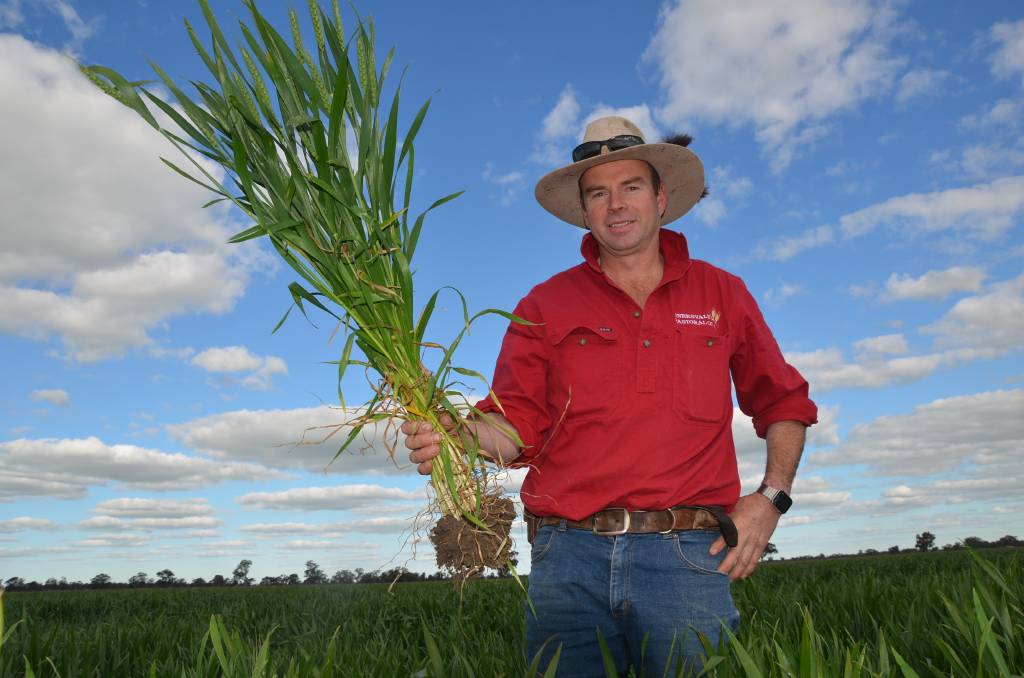 Oaklands grower Craig Smith, Innesvale, has 30 hectares of RockStar wheat planted this year and is hoping it could be a replacement for SunTop.

NSW growers are hopeful Intergrain's new wheat variety, RockStar, will live up to its name.

It's the first season the mid- to slow-maturing variety has been available commercially in NSW and Intergrain has reported a swift uptake, especially in the state's southern regions.

"It has a similar maturity to Lancer ... so it's a good complement to other varieties growers have in their system, helping them to spread the spring stress risk," she said.

Oaklands growers Craig and Kate Smith, Innesvale, have 30 hectares of RockStar this year, along with Wedgetail, Scepter, SunTop and some Vixen.

Mr Smith was hoping RockStar could be a replacement for SunTop, potentially offering higher yields for a long-season variety.

"SunTop has been a good variety for us, but it's yield potential seems to be a little capped and last year it was knocked around a bit with the frost," Mr Smith said noting SunTop yielded up to 5.8 tonnes a hectare, compared to Scepter which went over 6t/ha dryland and close to 9t/ha on irrigation.

"We try to grow different varieties to spread the risk and for the timing of our sowing operations.

"RockStar matches the SunTop sowing, whereas Vixen or Scepter will be a little later - it gives you the opportunity to get everything planted in the sowing window."

RockStar was sown April 30, but like many growers in southern NSW, the Smiths saw a split emergence, with some parts of the paddock germinating on the soil's moisture, while other sections didn't germinate until close to 20 millimetres of rain fell on May 26.

"We were also baiting for mice pre and post sowing." 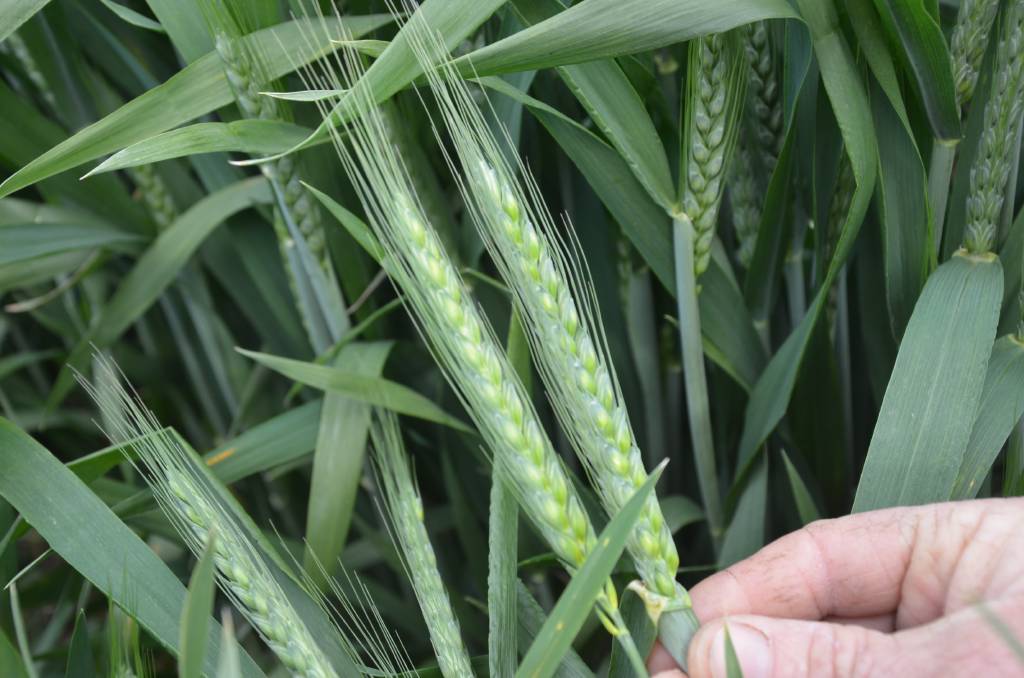 "We're seeing some adult resistance levels dropping in SunTop, particularly last year when it had a fair bit of pressure on it," he said.

However, so far this year he was actually seeing more stripe rust in the RockStar than SunTop.

"We think there might be a new mutation of stripe rust which is attacking the new varieties," Mr Smith said.

"We've sent off samples to The University of Sydney's Cereal Rust Institute at the Cobbitty campus to be tested.

At this stage Mr Smith said RockStar looked a little shorter compared to SunTop, but it had a significantly wider leaf.

"That's where its fuel tank is, where it's gaining its energy from to fill the grain so that can be a good thing.

"It's stem is also significantly thicker so it will hopefully have better lodging resistance and therefore have higher yields with better grain quality and harvesting traits.

"With some varieties you lose the harvest capacity because it's tighter thrashing, you're cracking it or it gets shot and sprung easily - it has to be field tested."

Mr Smith's agronomist Greg Sefton, Sefton Agronomics, said he had several clients looking at RockStar along with other new mid- to long-season varieties, Coota and Catapult.

"In previous years there hasn't been any earlier-sown varieties for that window," Mr Sefton said.

"Most clients have a pretty big sowing program and traditionally they've had a narrow window to get the crop in. If they can pick the variety to start earlier ... the yield potential improves and there's a bit of frost protection.

"What we're curious about with RockStar is it's quality at the end - it's ability to withstand moisture at harvest."

The story Harvest to determine if RockStar gets an encore first appeared on The Land.