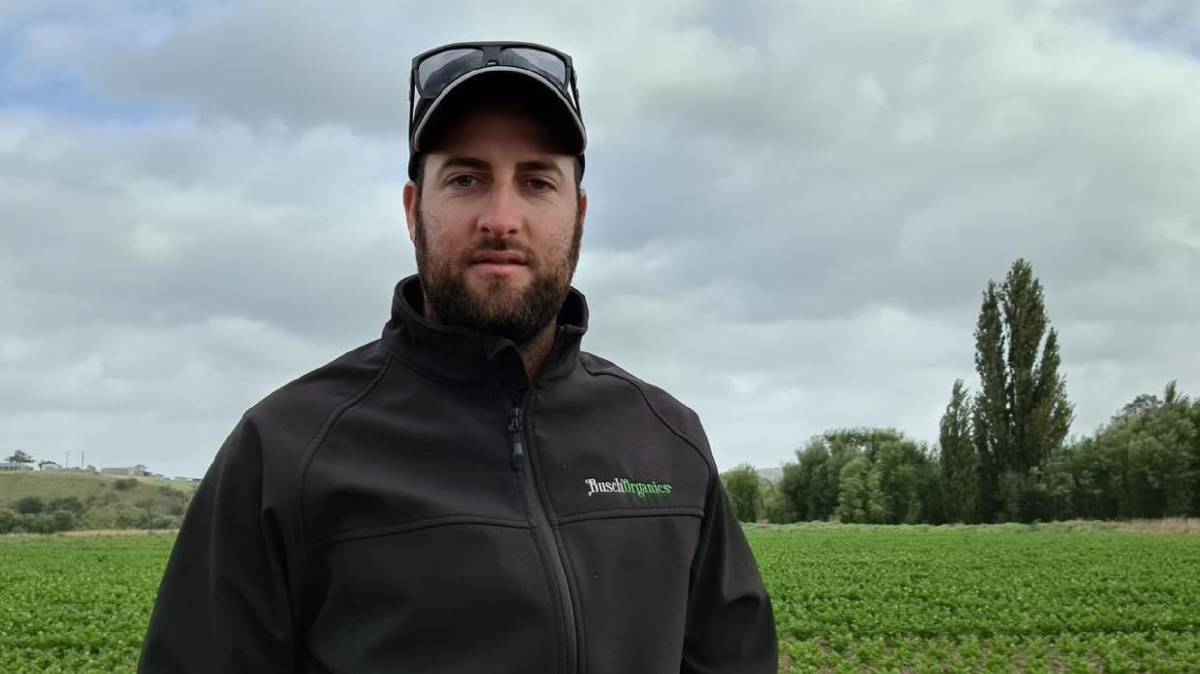 A Victorian vegetable grower who was forced to destroy $150,000 worth of celery this year due to a lack of labour to harvest it has issued an impassioned plea for the government to allow on-farm quarantine.

Lindenow grower Kane Busch was set to receive 22 workers from Vanuatu later this year to help with his crop harvest, but says a lack of Tasmanian quarantine facilities meant the workers would not arrive in Victoria until at least February.

Mr Busch, along with industry body AUSVEG, said the extension to the international worker program which allows overseas workers to fly to Australia to quarantine before they started their seasonal work was "flawed".

"There is no quarantine facility available so despite the announcement for an extra 1500 workers, we have no chance of getting those workers until February next year so it's just useless," he said.

"We've made other plans and have labour coming in from elsewhere locally but ultimately we will lose productivity because we'll have to retrain staff."

The labour gap has long plagued the horticulture industry, and has forced many farmers to look for pickers domestically.

He said farmers were equipped to house workers, and a solution to fill the void could be to trial an on-farm quarantine program.

"The government is saying there are people coming into the country but the labour hire company we use can't get any bookings in the quarantine facility in Tasmania," he said.

"We've all got houses to put workers in, the workers are vaccinated when they come over.

"We could quarantine all 22 of our people and you would find most farmers would be able to quarantine most of their workers quite comfortably."

AUSVEG Victorian president Paul Gazzola said the farm worker extension quarantine program was welcomed, but it was too late.

"The problem we've got is the government has approved 1500 workers to come in, but workers can only arrive in lots 160 workers," Mr Gazzola said.

"The issue we have is the limit of 160 which means the 1500 they've approved it's going to be nearly five months before we get them all out."

He said another solution to the labour shortage would be for workers to undertake quarantine before they left their country.

"From what I understand it's a 17-day turnaround so by the time they get them all through, it's going to be too late for a lot of people because the season will be all over," he said.

"We're fortunate we got the 1500 workers but the concern is we're not going to get them here fast enough."

Agriculture Minister Mary-Anne Thomas said discussions continued for long-term arrangements but stood by the program, noting more than 1500 Pacific workers had already arrived in Victoria to support the industry.

"We have a proven and safe quarantine pathway for Pacific workers for the upcoming harvest season, and discussions continue with Tasmania on a longer-term arrangement," she said.

"This is only part of the solution which is why the Victorian government's Seasonal Harvest Sign-On Bonus has succeeded in attracting more than 3000 workers so far who have been picking, packing and pruning for growers right across the state.

"In the continued absence of federal government leadership on the issue, we are also working with other east coast states on a coordinated approach."