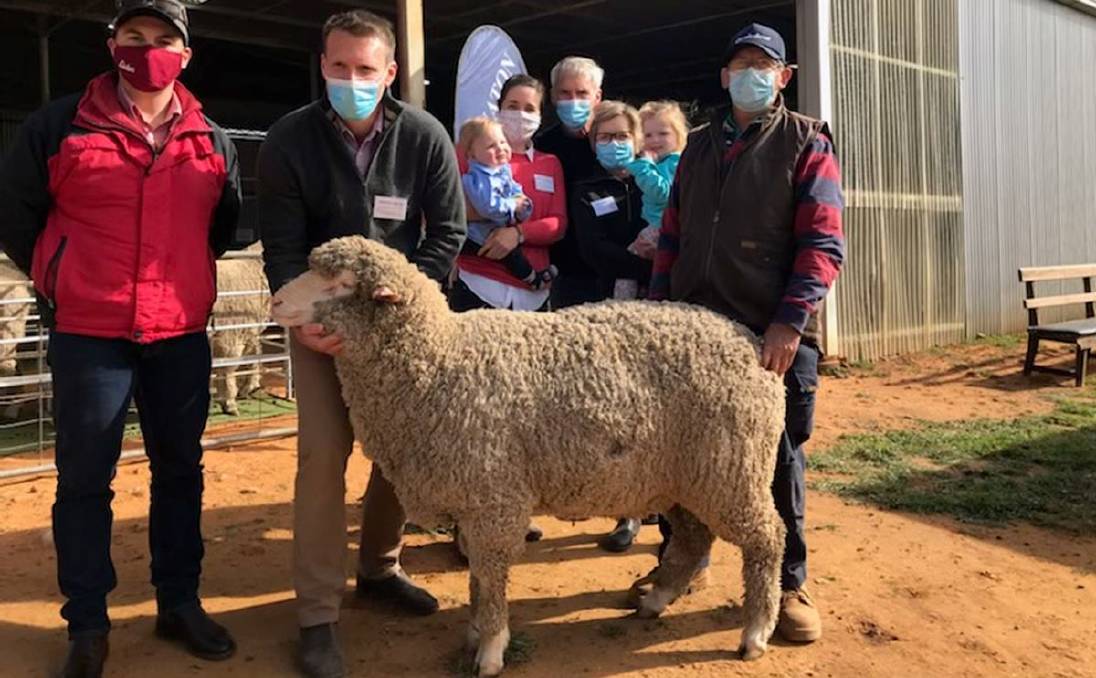 TOP SALE: The Hannaton team with the top-priced Merino.

"We were thrilled with the result, it was fantastic really, best sale we have ever had," Mr Hicks said."

The stud had been concentrating on its "well-renowned wool cut and quality", while lifting other production traits.

"We have seen some fantastic results in wether lamb, off-shear and older ewe sales and even lifting lambing rates," Mr Hicks said.

Mr Hicks said the stud had been pushing staple length, instead of skin density, for quite a while, to make an easier-care sheep.

"We have been pushing our eye muscle and fat, the average eye-muscle in the sale was +0.7 and the fat was +0.1, which is quite a shift from 10 years ago, when they were both fairly negative."

He said it was a balance that was performing well, commercially.

Hannaton had been using its own bloodlines, supplemented by Wallaloo Park, Glenlea Park, Pinaroo, SA, and Leahcim, Snowtown, SA to chase wool type and growth.

The top-priced animal, sired by an East Mundulla ram, had a 16.5 micron fleece, a standard deviation of three, a co-efficient of variation of 18.3 and a 51.2 millimetre curve.

A charity sale ram raised $3100 for the Kaniva CFA.

'The sheep with the better ASBV figures for wool cut and fat attracted the best prices."