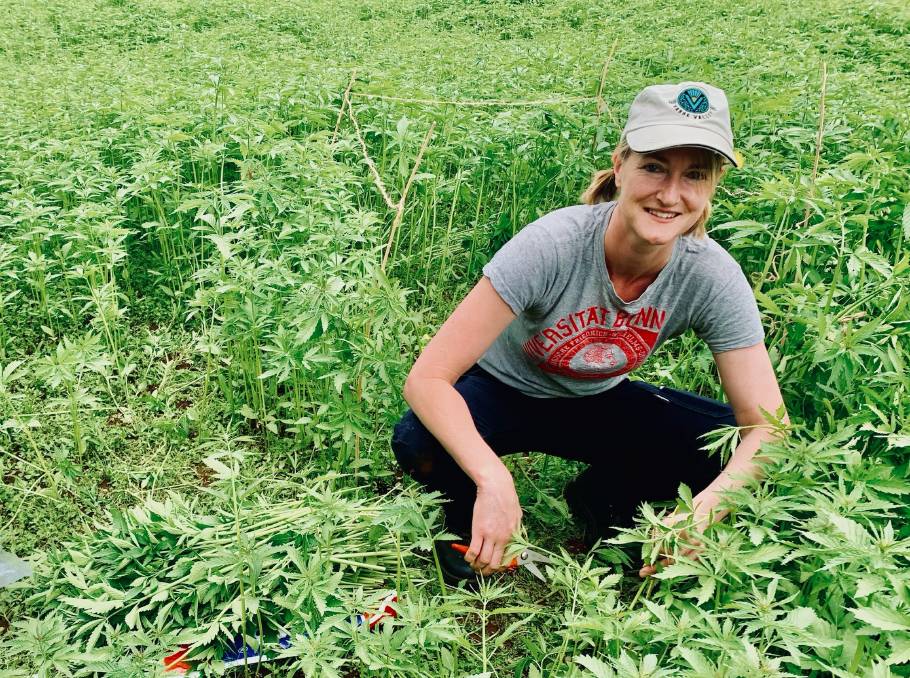 CANNABIS TEST: WA DPIRD research scientist Bronwyn Blake and others have been working to find if industrial hemp can be used as a summer feed option for livestock. Picture: supplied.

Scientists are trying to find a cannabis plant which does not make sheep high.

Scientists are trying to find a cannabis plant which does not make sheep high.

Or at least making sure the eating of their flesh does not pass on those famous traits if they have been grazing on it.

Already trials in Western Australia and New South Wales found industrial hemp has shown promise as a summer crop for livestock such as sheep and cattle.

Scientists have been feeding cannabis from WA to a trial flock of 15 Merinos in NSW to discover how much of the psychoactive compound which induces the high ends up in their meat.

Trials in most states and territories over recent years have found cannabis grows well in Australian conditions leading to the foundation of medicinal cannabis and industrial hemp industries.

Now it is thought the remnants of the harvested crops will be handy feed for livestock.

The trick is to make sure the crop no longer contains Tetrahydrocannabinol or THC which produces the illicit chemical response.

Due to a lack of data no maximum level has yet been set meaning the current maximum acceptable level of THC in food coming from animals is zero.

This may offer valuable green feed at the critical time of joining and for weaner growth and survival.

Alternatively, the stubble may be grazed after the crop is harvested for seed/fibre.

The "Opening the gates to hemp grazed livestock in Australia" pilot was led by the Department of Primary Industries and Regional Development and funded by AgriFutures Australia, in collaboration with the ChemCentre and Charles Sturt University.

Results from the first phase of the project has sparked further research to explore the nutritional value and ways to meet market regulations for the possible forage crop.

Grazing livestock on hemp crops could lead to the accumulation of THC from the hemp plant in the animal's tissues and detectable levels could transfer to meat, milk or other animal products.

MORE READING: Have your say on fake meat labels.

"The 15 sheep in the house-based study in New South Wales were fed hemp pellets made in WA from the industrial hemp variety Morpeth Late, which was selected based on its slightly higher THC content to push the parameters," Ms Blake said.

"The sheep were fed three diets and five replicates per treatment and measured for digestibility, performance and carcase traits over a period of 56 days.

"The experiment showed the digestibility of dry and organic matter were higher for both hemp diets compared with the control, though it is not clear why. 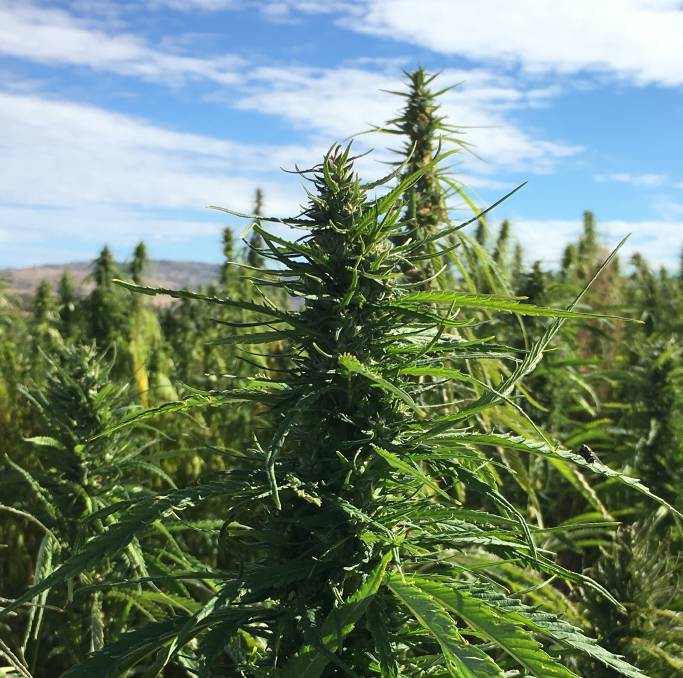 Sheep in NSW have been fed hemp from WA.

"The most profound outcome was the increase in minor volatile fatty acids, suggesting an improvement in energy availability and a change in the composition of the gut microbial population, which may account for the improved digestibility."

While THC was detected in all measured tissues at extremely low levels, which would not meet regulatory requirements, Ms Blake said the results were still encouraging.

"The results suggest there is plenty of scope to develop management practices for feeding hemp biomass to ruminants, like sheep, goats and cattle, which may meet regulatory requirements for zero THC levels in animal products," she said.

The project has progressed to phase two to investigate the pathways to market for livestock fed hemp, including clearance rates for THC.

The WA department scientists say they "are not currently aware" of any suitable research on how to feed hemp containing THC to food-producing animals in a way which avoids THC transferring into animal products.

Ms Blake said she was excited about the next phase of the project, which could generate opportunities to use the whole hemp plant as a forage feed option for livestock.

"Phase two will provide valuable insight into the half-life, or breakdown, of THC in sheep and cattle and how long it takes for THC to be eliminated from various tissues in animals fed industrial hemp," she said.

"Ultimately, this research will provide the foundation from which an industry code of practice could be developed to feed hemp forage to ruminants and create an opportunity for this useful, diverse crop to be integrated into the whole farm business."

The story The trick to feeding 'weed' to sheep and not make them dopey first appeared on Farm Online.