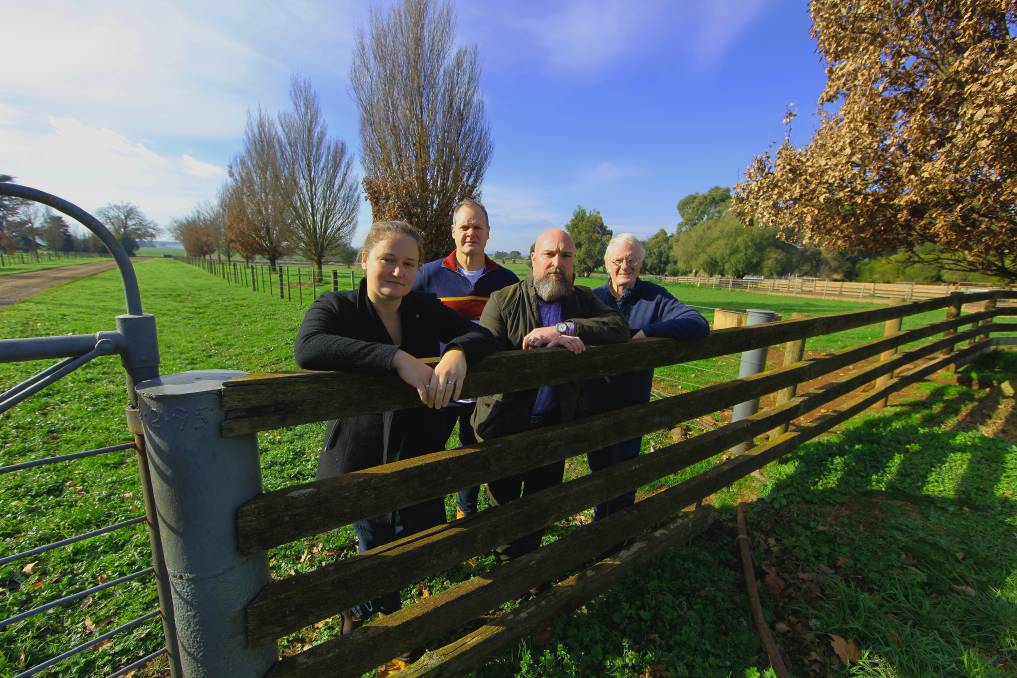 "They have been manipulating our voices to buy social license."

The official community group that has been working with AusNet as part of their controversial powerlines project has walked away from the consultation table.

The community is now hoping to take consultation on the Western Victoria Transmission Network Project into its own hands after the majority of members of the AusNet Community Consultation Group announced their resignation.

Of the 13-strong group, 11 members are confirmed to have resigned.

The group members announced their resignations on Monday morning, citing 'continued misrepresentation, deception... and lack of empathy' among their reasons.

According to group members, the last straw came when media was alerted to the preferred corridor for the transmission lines before they were.

"We need to officially notify AusNet so I'm not sure what the next steps will be in terms of whether it's officially disbanded or whether they'll reach out to us," he said.

"They have been manipulating our voices to buy social license that they basically lost a long time ago.

"We want AusNet and their representatives to take our voices, community voices, thousands of voices across the community seriously."

Mr Jones said meeting minutes had been manipulated to change the tone of community members.

"If there was overwhelming support, anger, frustration, stress, all of this was toned down in the meeting minutes," he said.

"I think the word AusNet are using at the moment is passion. They were saying that they properly recognised our passion in the meeting minutes, which for us, it's absolute opposition and anger and frustration, I think would be better words to use."

In place of CCG meetings, the former group members will be running their own community information nights along the proposed corridor with AusNet representatives invited to attend.

The first meeting will be Wednesday night at the Waubra Football Club at 6pm, with a second in Clunes on Sunday at 12pm.

An Ausnet spokesperson said in a statement the CCG group was an additional opportunity to share information with the community with more than 985 people attending drop-in sessions.

"The Community Consultation Group is an additional opportunity to share information about the project with the community and encourage constructive two-way discussion and feedback in a forum run by an independent chair," the statement said.

"The Community Consultation Group is made up of a wide representation across the community and has provided valuable input and will continue to play a vital role providing feedback and posing important questions on this Project.

"We welcome their diverse views and important feedback and thank members for their passion, which is reflected in the minutes of the meetings.

"We encourage anyone struggling with challenges of their own, a friend, or a family member's mental health and wellbeing to contact one of the independent support providers for free and confidential advice."