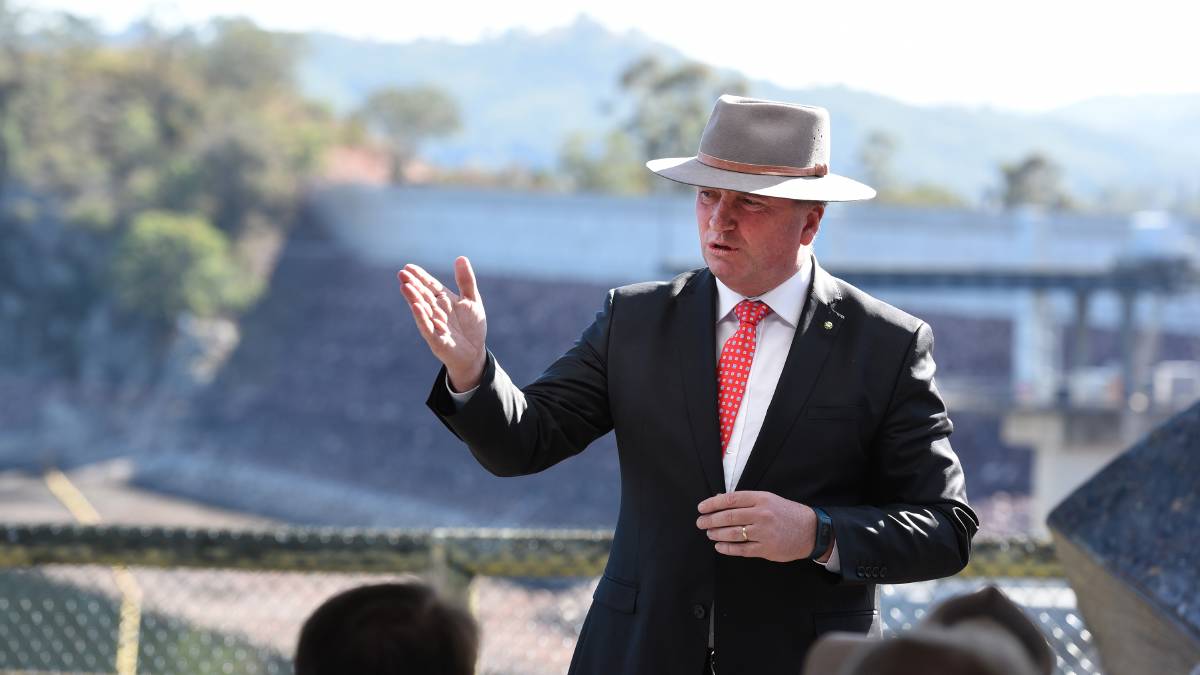 QUESTIONS: Barnaby Joyce dropped water from the Cabinet in the reshuffle.

Keith Pitt will remain Water Minister, but will no longer sit in the inner-circle of government.

THE decision to shift the water portfolio from Cabinet to the out minister has been meet with concern and confusion within the agriculture industry.

The move was part of a reshuffle, where new Nationals leader and Deputy Prime Minister Barnaby Joyce rewarded those who supported him in his leadership bid.

Keith Pitt will remain Water Minister, but will no longer sit in the inner-circle of government.

The decision sends mixed water signals to regional communities. Just last week, the Nationals indicated water would be a priority under the leadership of Mr Joyce by straying from government policy and trying to change the Murray-Darling Basin Plan.

Labor water spokesperson Terri Butler said the Nationals had been exposed as hypocrites by trying to "blow apart" the basin plan, then sacking the water portfolio from the Cabinet.

"The pitfalls of Barnaby Joyce's policy of payback is plain for all Australians to see," Ms Butler said.

"The Nationals can't assert water is critical to farmers and growing agriculture then throw that portfolio out of Cabinet as internal political payback.

"[Prime Minister] Scott Morrison has failed the test of leadership by failing to remove the water portfolio from the Nationals and allowing Australia's water resources to be demoted, degraded and used as a political football."

"It is vitally important for the regions - not just for irrigators, but for the environment, First Nations and communities," Mr Jeffery said.

"It deserves a place around the Cabinet table. It's especially important as we go towards 2024 and the review of MDBA plan."

"People have millions invested in their businesses, trying to put food on their tables and the tables of people around the nation. We can't afford to lose focus on water."

National Farmers Federation chief executive Tony Mahar said it was difficult to understand why water didn't warrant representation in Cabinet, alongside other portfolios such as Veterans Affairs.

"Nevertheless, we acknowledge there are choices that have been made and that the water and resources portfolio remains a stand alone national ministry," Mr Mahar said.

"We trust this is recognition that it is a critical policy area, especially in the context of the Murray-Darling Basin but across the country."

NSW Farmers president James Jackson said water had been one of agriculture's core issue for the past five years - "the lack of it, too much of it, the distribution and sharing plans for it".

"We are not over the moon to see it left out of Cabinet," he said.

"The whole piece of work on water is critical to getting the settings right for climate adaptation, critical for heading for $100 billion farm gate output and critical to maintaining social harmony."

Mr Jackson has already reached out to Mr Joyce, asking for a meeting. The "curious decision" to demote water will be one of the first things he asks the New England MP.

"It is one of the most important policy areas affecting the future and wellbeing of rural communities," Ms Miller said.

"None the less, I'm pleased to see Mr Pitt remain Water Minister. These issues need continuity and corporate knowledge as we face the many challenges within the portfolio.