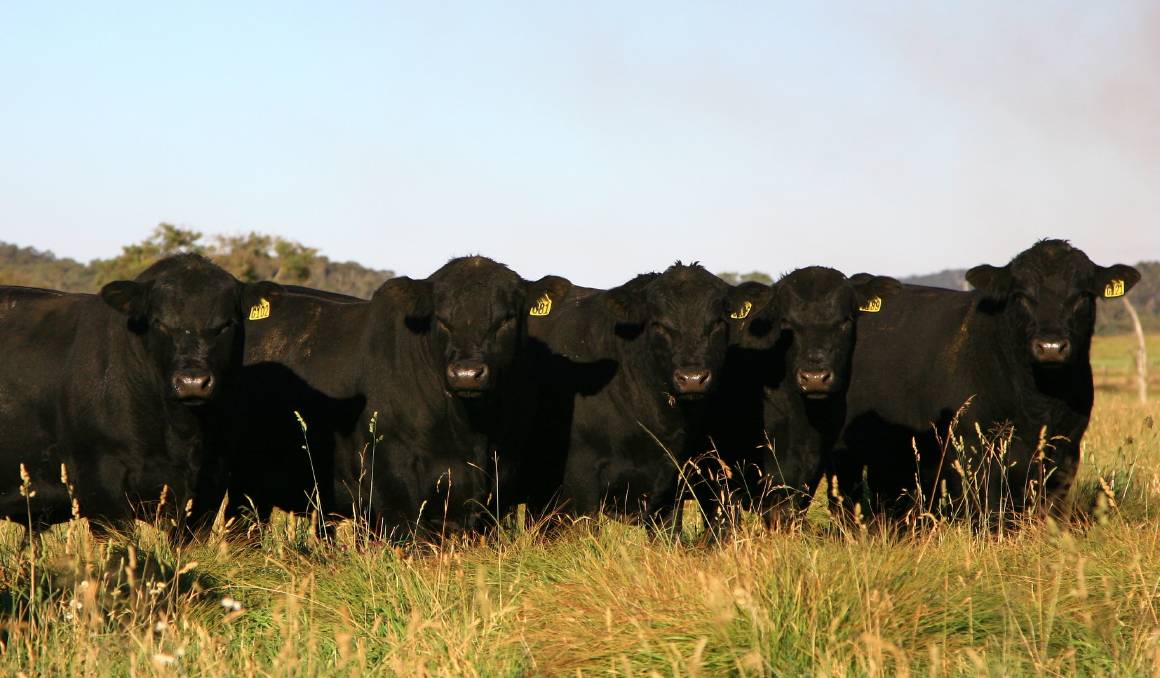 The Chappell family is celebrating 40 years in stud production in 2021.

DULVERTON Angus cattle are best known for their longevity, and that profitable trait has led to the stud's longevity, with the Chappell family marking 40 years in stud production in 2021.

Greg and Sally Chappell founded the stud in 1981, with the purchase of foundation females from Tulagi stud, followed by more females from The Basin and Naranghi studs in the mid 1980s.

The couple's work in meat science and cattle breeding has allowed them to breed Angus bulls that are genetically high performers, suitable for stud and commercial operations.

In the 1980s, Greg worked for the Australian Meat and Livestock Corporation and AUS-MEAT, and in the 1990s he worked as a consultant to the Meat Research Corporation and was heavily involved in the development of the domestic beef grading system, now known as MSA (Meat Standards Australia) grading.

Their goal is to produce bulls with sound structure and the ability to work for at least four breeding seasons.

"Our program involves Dick Whale independently assessing every sale bull, assigning his GTS (Genetic Type Summary) scores and a grade score which is available in the catalogue," Greg said.

"Our bulls are from cows that are selected for the four value-determining traits - stayability, which includes survival, fertility, calving ease, and birth to weaning performance; feed efficiency; eating quality, juicyness and flavour, which is best represented by high marbling in the carcase; and retail beef yield.

"Certainly one of the main reasons for us having included Igenity Beef (a genetic tool from Neogen) as an integral component of our genetic measurement systems is for the very reason that Igenity measures stayability." The couple has implemented strategies to achieve weight gain targets in the females which assist in increasing the number of live calves.

"These strategies also contribute to the longevity of our herd, which continues to be a trait of major concern to us given that one of our foremost goals is to provide Dulverton sires that are capable of working for at least four breeding seasons, while the average Angus bull works for two or three seasons."

Among the stud's most successful cow families are the Mandys and Annies.

The Mandys originated from a cow purchased in 1987 from South Australian stud The Basin. From that cow, The Basin E49, came her most prominent daughter, the GT Maximum-sired Dulverton Mandy N50. IMPRESSIVE COW FAMILY: N50's daughter Dulverton Mandy Q43, by J.R. Juice, reared 17 calves. Q43 was the granddaughter of The Basin E49, one of the founding females at Dulverton Angus.

Sal's 21st birthday present from Greg was the start of the stud's well-known Annie family.

While visiting Max and Joan Doherty's Tulagi stud in southern NSW, Sal chose Tulagi Eclypta X32, who was in calf to Naranghi Atherton.

That 1981-drop calf, Dulverton Annie A1 was the first in the mighty Annie family, which, over the next 40 years would produce show ring champions and herd improvers.

"The Annies came about when during the mid 1980s we organised the semen importation from Jim O'Neill in O'Neill's Renovator, who has proven to be a breed impact sire."

Annie D1, who was by Farrer Wessex W7 out of Annie A1, was joined to Renovator and Annie G17 was born in the spring of 1987.

Annie G17, who was the 1996 senior champion cow at Sydney Royal, produced 22 progeny.

"G037 is by the maternally very potent, yet somewhat under rated T.C. Franklin 619 out of a longevity promoter in B/R New Frontier 095."

Her highlights to date include Dulverton New Approach N208, who has 13 sons in the 2021 sale.

"N208 is a first-season sire who is very sound and is supported by an impressive set of data.

"Of particular interest in his sons are lots three, four and 13, and we'll retain enough semen in lot four to mate him to our maiden heifers.

"We also used him - Q066 - as a yearling to mop up after his mob of 56 cows had been artificially inseminated, and that mob was 100pc in calf.

"Q092 is a true all-rounder and we would nominate him as being heifer safe." LOT 13: Dulverton Quality Approach Q199, by Esselmont Lotto L3 son Dulverton New Approach N208, is one of the bulls to watch in this year's sale.

Other exceptional calves from Annie G037 are her Q twins - Q181, who has been retained at the stud, and Q182, who topped Dulverton's recent female production sale at $15,000.

The Q twins were sired by Dulverton Medaglia M028, who has 18 sons in this year's sale. The story Celebrating four decades at Dulverton Angus first appeared on The Land.