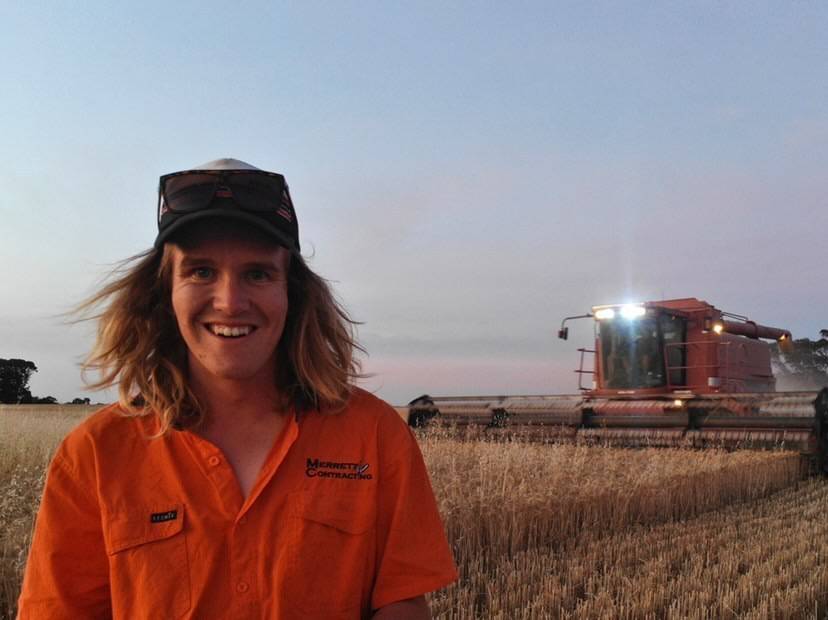 GOING VIRAL: Wimmera resident Mark Merrett, 23, has taken to filming his work to help educate people about the life of an agricultural contractor and farmer.

The north-west Wimmera resident has made headlines in recent months by using his phone to film a series of short on-farm videos about the day-to-day life of an agricultural contractor.

"The panic buying really highlighted that there were a lot of people that didn't understand how their food was produced and that there would be enough groceries in the supermarket for them," Mr Merrett said.

He and his wife Chelsey run Merrett Contracting and together with their young daughter, Alexandra, have hit almost 4000 followers on their Youtube channel.

The channel boasts 80 videos which are aimed at educating people about the important role agriculture plays in our lives.

"I started doing vlogs back in 2016 when I made a few videos for my niece and nephews in Melbourne but it really wasn't until the pandemic last year that I started filming more frequently," Mr Merrett said.

"To have that many followers is a big milestone for us."

In the most recent Victorian lockdown, Mr Merrett filmed eight videos in eight days to give those in isolation something to look forward to.

"From the comments I'm getting on YouTube, viewers are both city and country folk and really range in age," Mr Merrett said.

"We specialise in contract seeding and windrowing so often I'll talk about what that involves, how it affects our workload and profitability and anything I think may be of interest to those watching.

"I get a lot of comments from parents saying that their kids love watching them."

He and his wife are also in partnership with the family farm near Kaniva, a mixed enterprise comprising 2000 first-cross and Merino ewes and about 800 hectares of cropping annually.

The crops include wheat, barley, canola, vetch and rye.

"It's already surpassed my expectations in terms of the interest because I didn't expect it to get to the point it is now," Mr Merrett said.

"I'm going to keep putting out good content and see where it takes me."

Outside of lockdown, he would usually produce and edit about one video a week.

The editing process has also been refined given the amount of videos that have been uploaded recently.

"Normally I can knock the editing over in two hours and filming the content really doesn't take any time out of my day because I'm either walking around or in the tractor," Mr Merrett said.