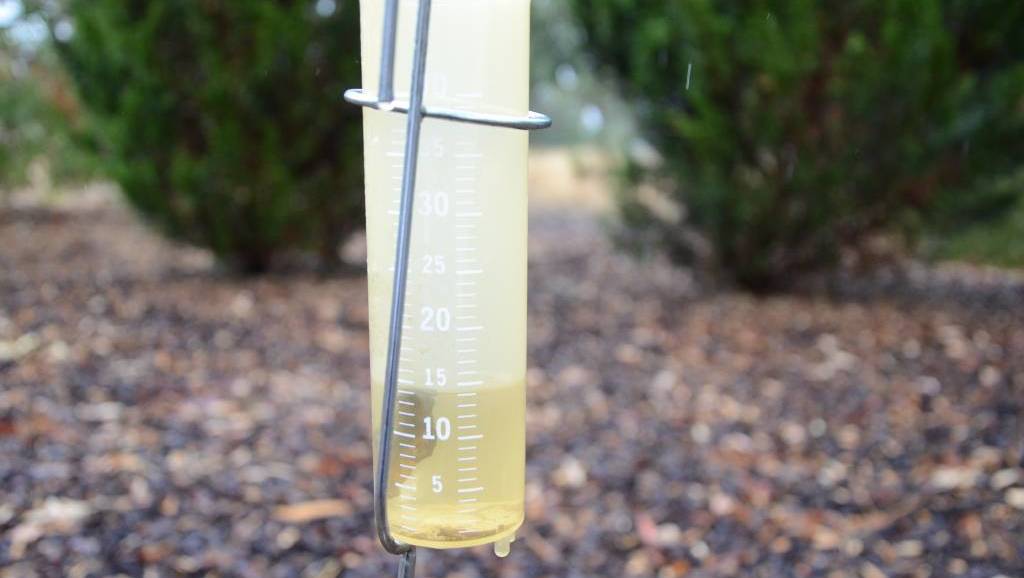 HIGH RAINFALL: Is excepted for Victoria this week as a cold front crosses the state.

Check the graphs to find out how much rain your region is likely to receive.

High rainfall and cold temperatures are predicted to sweep across Victoria this week with snow set to fall across parts of western Victoria, including at The Grampians.

The Bureau of Meteorology says a strong cold front will move across eastern Australia on Monday and Tuesday, bringing with it strong and gusty north-westerly winds.

BoM meteorologist Sarah Scully said there was a chance for severe winds which could "whip up" some dust storms particularly through parts of South Australia and north-western Victoria.

"Snow is expected to drop to low levels on Tuesday through parts of Tasmania, Victoria and alpine areas of New South Wales." 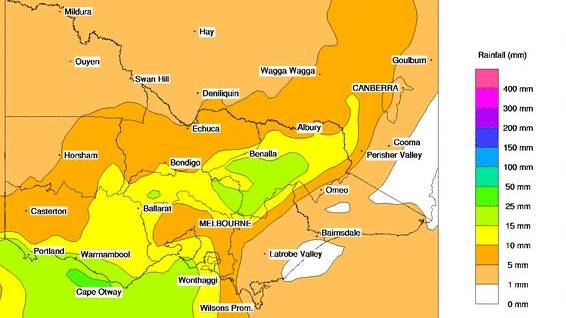 A complex low pressure area will follow the cold front and start to develop over southern NSW on Tuesday.

"That complex area of low pressure is then expected to move off the east coast of New South Wales where it's forecast to intensify during Wednesday into Thursday," Ms Scully said.

"We're forecasting a band of rain to develop right along that eastern seaboard, really stretching from Tasmania all the way up to south-eastern Queensland throughout the week." WARNING: BoM meteorologist Sarah Scully said high rainfall could lead to flooding in areas where soils were already near saturated.

The BoM said it was difficult to forecast where the heaviest rain would be because it was dependent on the "exacting positioning" of the predicted low pressure system.

"At the moment our models are giving different scenarios but at this stage it looks like the heaviest rainfall will be about eastern Victoria, Gippsland, and as well the south-east corner of New South Wales with the potential with that heavy rainfall for flooding," Ms Scully said.

"What's important is the soils are near saturated so that any rainfall that does occur ... is likely to have increased surface runoff and leaves them more prone to flooding."

Snow likely on its way

Ms Scully said the cold front was "great news" for ski resorts because it would bring a combination of near or sub-zero temperatures and high precipitation between Wednesday and Friday.

"Which means that by the end of the week of between 50 centimetres up to 70cm of snow just in time for the opening of the snow season," Ms Scully said.

Ms Scully said the cold front would cross Victoria on Tuesday with snow likely to fall down to 900 metres, including parts of Western Victoria like The Grampians.