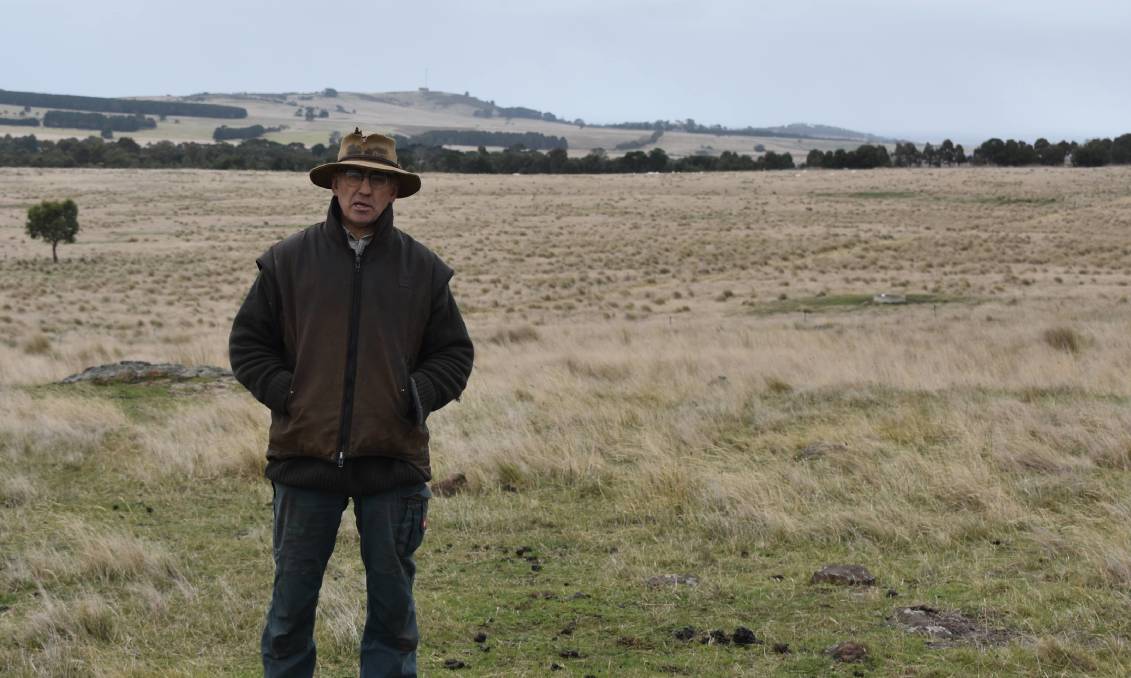 MAN OF MANY TALENTS: Lakey Farms owner John Lakey on his Sunbury farm where he produces pastured lamb, beef, goat, mutton and wine.

A farm on the outskirts of Melbourne is making waves within its local community, and it's all thanks to an initiative connecting producers with consumers.

The farm works with the philosophy that it puts back more than it takes, through ethical treatment of livestock and regenerative farming.

Sitting on about 130 hectares, with an additional 100-hectare site at Bacchus Marsh, the farm promotes the use of regenerative soil, seasonal grazing and low stocking rates.

Since 1949, Lakey Farms has put customer satisfaction first, and Mr Lakey said he upheld that through his ethical practices.

"The thing about our business is that if someone doesn't like our product then they don't come back to you," he said.

"But what we're finding is, at the moment we can't keep up with demand."

Lakey Farms markets its products through social media and on its website, which has built a healthy bank of loyal customers.

But its main source of income is through farmers' markets and a Community Supported Agriculture (CSA) membership program which directly connects farmers and consumers.

Initially starting with an ad on Facebook Marketplace, the farm's CSA grew astronomically, attracting over 60,000 responses and 60 subscribers.

"We started by trying to sell to restaurants, but every time we got a good restaurant the head chef left, and the business closed down, so we had to start all over again," Mr Lakey said.

"So finally, we went to see a workshop at Jonai Farms, Eganstown, and what I never heard of before was CSA, and that started to make a lot of sense to us.

"After we went to that workshop, we designed an ad to try and get some interest, and we ended up with a huge number of hits, so we had to shut down our website at the time [to try and meet demand]."

He said natural management of his farm was a priority in order to preserve the environment and the ecosystems that thrived within it.

He said by giving back to the land he was able to live up to his philosophy and in turn, provide tender and good-tasting meat to his customers.

But he acknowledged that he was in a unique position to market his produce.

"[Other farms] don't have the advantages that I have, because I'm sitting on the doorstep of a city that has five million people within 50 kilometres," he said.

"We know our customers and we sell our product from the farm instead of having a farmgate culture."

Mr Lakey sees regulations from the likes of PrimeSafe as a challenge for his business, especially when they are targeted at major meat processing operations.

Although he doesn't deal directly with these regulations due to commercial abattoirs and butcher shops dealing with the certifications, he still finds the legislations difficult to overcome.

"PrimeSafe have a reputation of being inflexible, so I just see legislations that are directed at huge operations that are miles away from their customer [affecting small operations]," he said.

Mr Lakey is also an avid wine maker and has produced wine for over 20 years.

He now sells his wine as a pairing with his meat produce on his website since revisiting his wine-making roots.

"In the end, I realised that I can only invest my energy in one or two directions."

Mr Lakey believes the farm has paved the way for new regenerative farming.

He said he would continue to raise, market and sell their products through the website, the CSA program and farmers' markets.