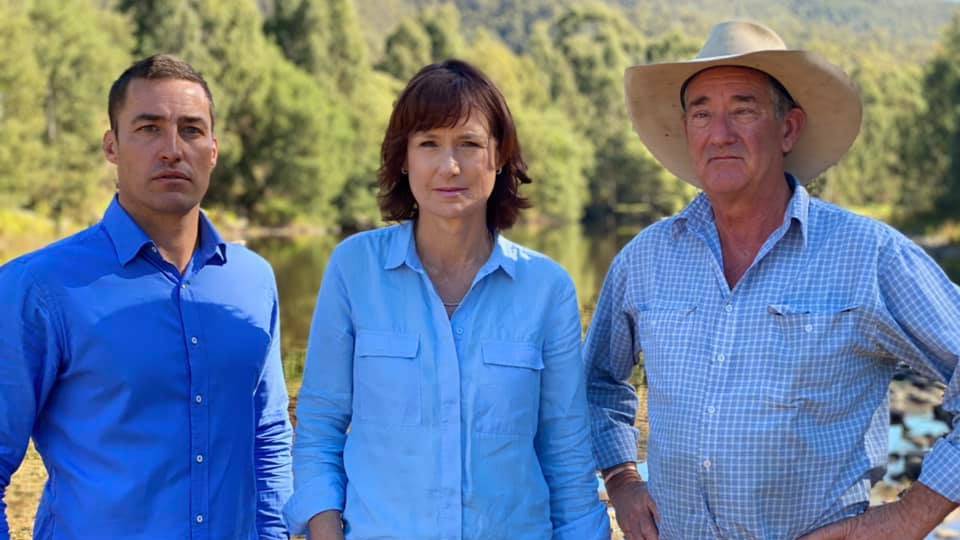 The Mountain Cattlemen's Association of Victoria has raised concerns about riverfront camping on crown land leases and has called for more details to be released.

Consultation recently closed for the new new regulations, which follow a 2018 election commitment to guarantee access to fishing and camping on river frontage crown land.

Farmers have raised concerns about the amendments to the Land Act 1958, which would give campers access to about 17,000 kilometres of Crown frontage leased in 10,000 licences mostly granted for grazing.

MCAV president Bruce McCormack has the Delatite River running along his boundary on the family farm in Merrijig.

He said the draft regulations, which allow the public to camp within 20 metres of a waterway for up to 28 days - have left him flabbergasted.

"The amendment has been passed but we have until September to sort out the details," he said.

"The regulations weren't released when they were calling for public feedback, meaning they wanted us to have an opinion on rules we weren't aware of - how ridiculous is that?"

He was also worried that the new rules could impact his trail riding business, which he started in a bid to diversify income.

"Imagine if campers were down on the river and we had horses come up only to have someone kicked - am I responsible for their safety on my own property?" he said.

"What if your bull paddock is on the river; no one is able to answer these questions and yet they want us to provide feedback.

"I understand people want places to camp and fish, but why does their leisure come before my livelihood?"

Another member of the Mountain Cattlemen's Association of Victoria, with a remote property in the North East, had similar concerns.

Requesting his name be withheld, the farmer has concerns talking publicly about his property will only increase problems.

"All consultation has been done online - so for those of us who aren't good on a computer it means there is no consultation; what happened to phone calls," he said.

"I have several kilometres of river frontage and I am now concerned that advertising that fact will mean I end up with campers on my banks.

"I'm trying to make a living here, not provide a place for family weekends; if they want to go camping there are plenty of public places to visit without coming onto my property, compromising my biosecurity and stock management.

He said campers would have a right to drive through closed gates and across his property.

"Everyone tells me 'don't worry, they will shut the gates', but I'll be the one sorting stock out when that doesn't happen," he said.