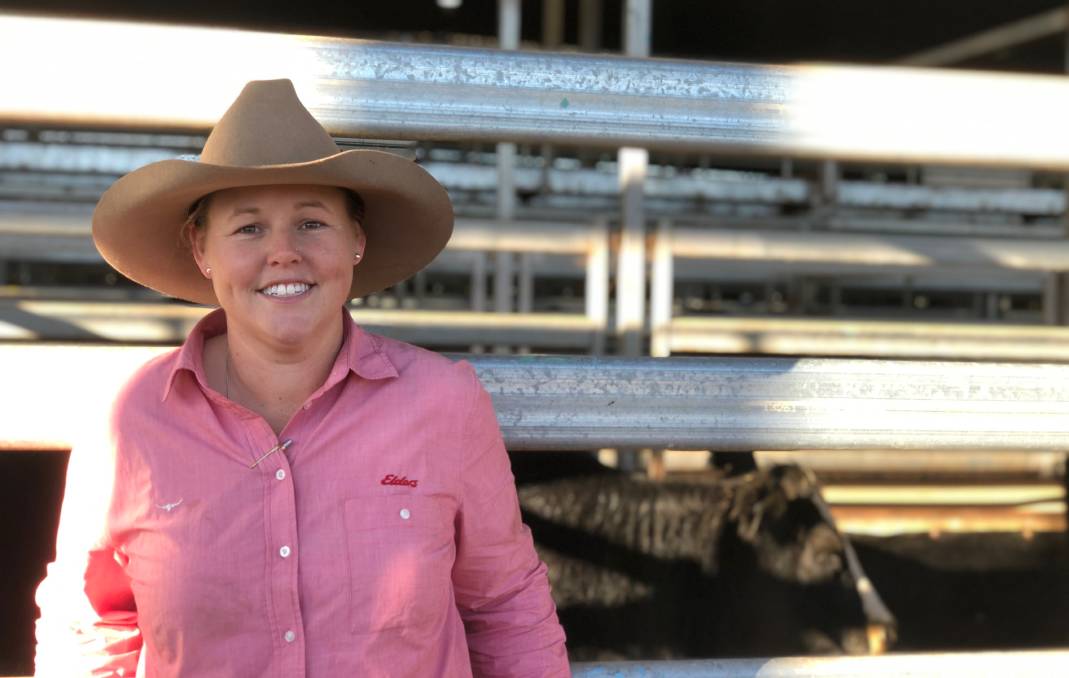 Kirsty Taylor talks about what it's like to be a stock and station agent.

"The agency game has changed a lot over the years and people are more open to women in the industry," Elders Albury, NSW, territory sales manager Kirsty Taylor says.

"You don't want to be recognised as a female within the industry, but more as a good, honest agent."

Ms Taylor is a familiar face these days around the Barnawartha saleyards in northern Victoria, but her eight years working as a stock and station agent with Elders have taken her to all parts of the country.

From loading export boats out of Darwin, NT, and Townsville, Qld, to selecting sheep around Mildura and Broken Hill, NSW, to searching for heifers out of Bega, NSW, the 29-year-old has seen her fair share of rural Australia.

Supported by a growing client base across both sides of the Murray River, Ms Taylor is touted as one of the next natural leader within Elders, known for her can-do approach and understanding of the livestock game.

"I think I've always loved the industry," she said.

"My grandfather had a farm when I was in primary school and I really enjoyed visiting it.

"They were sold up pretty early but I guess that was the start."

Ms Taylor joined the agency eight years ago where she took part in the Elders Traineeship Program, offering her a posting at Hamilton before she joined the company's export division up north in Darwin.

"It taught me plenty of things about overseas markets, certain criteria for customers and what they require and the government paperwork involved in processing animals so they're 100 per cent spot on and to specification," she said.

After her NT stint, she returned to Victoria where she spent six months working in the agency's Melbourne export division where she concentrated on the export of cattle and sheep to China.

"That was interesting because it involved transport by boat or plane," she said.

"Working in the export team really helped broaden my contacts and you were constantly travelling around the country which is something I really loved about the job."

However, the monthly export figure is still below year-ago levels where 93,000 tonnes of beef left Australian shores in March 2020.

"With the market as strong as it is locally and throughout Australia we haven't exported as many cattle as we normally would locally in the last two years," Ms Taylor said.

"It shows the Australian market is extremely positive and strong.

"The industry is certainly booming and spirits are high."

After Melbourne, Ms Taylor spent a three-month stint at Ballarat before landing a permanent position out of Albury.

Competition among restockers and backgrounders is adding to the spirit, and has also forced graziers to consider changing their cattle plan on the back of exorbitant prices.

"People have been looking at different trading options given the price of that weaner steer market," Ms Taylor said.

"In particular, people have been buying pregnant cows or store cows to fatten and even buying heifers and joining them and calving them down or selling them pregnancy-tested-in-calf.

"It's opened the door to people to consider other options to limit the risk should the prices come back in the future."

Ms Taylor said the vealer market had also picked up pace since the start of the year.

"Demand at the moment is still for store stock but we're also seeing vealers absolutely thrive and it's continuing to gain momentum as supply shortens," she said.

"That's been noticeable in the last two months and it's because of tight supply and the quality has been good."

With a bright outlook for the industry, Ms Taylor said there had never been a better time for women to join the stock and station agency sector.

"Times are quickly changing and for the better," she said.

"Don't be afraid to have a go.

"Do the best that you can and be good at your job and you will continue to succeed."