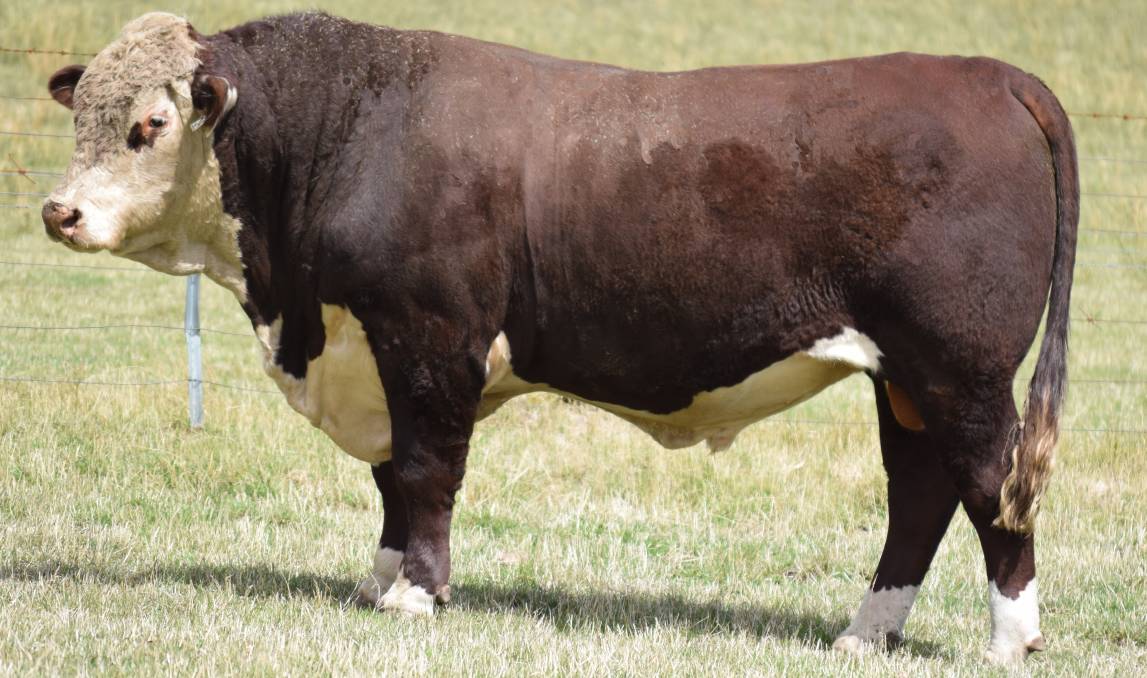 It was the Ouse stud's 47th annual bull sale where return and new clients from across Victoria and Tasmania supported the on-property auction.

"We do try and offer about 40 bulls each year and this year we sold one more than 2020 so we were very pleased by the overall result," Mr Davie said.

"We're after cattle with very good growth and weight for age but still with the ability to fatten for the domestic and export markets."

Fergus Morrison, who owns St Peter's Pass - a Merino and Hereford commercial operation, said he liked the temperament and doing ability of the Guilford bulls.

"He's a good all-round bull with a dark coat, a nice straight back and he ticked all our boxes," Mr Morrison said.

"We've bought from Guilford for the last five or six years and we will use this bull over our older cows.

"The last few days has been close to snowing so we need a bull that does well in those cooler times."

"We were pretty pleased with the sale and it was very good to get a good clearance," Mr Davie said.